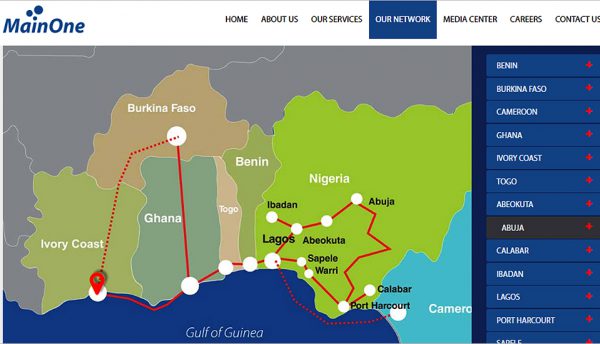 For companies in Nigeria currently battling the recession, the challenges are slowing sales and reduced earnings due to spiraling costs from high inflation and forex rates. To manage cash flows, businesses may have had to reduce or halt spending totally. However, the companies that will come out of the recession stronger must master the delicate balance between cutting costs to survive and investing to grow tomorrow.

According to a survey by the Harvard Business Review, companies that deploy a specific combination of conservative and progressive strategies have the highest probability, 37% of breaking away from the pack. These companies reduce costs selectively by focusing more on operational efficiency than their rivals do, even as they invest comprehensively in the future by spending on marketing, research, and new assets. This multipronged strategy is believed to be the best approach to surviving a recession and growing stronger into the future.

West Africa’s leading connectivity and datacentre services company, MainOne notes that managers must aim at achieving the right balance between the technologies they want and the ones they need. MainOne has outlined some of the ways outsourced datacentre and cloud services have helped their clients to maintain long term profitability:

Previously MainData Nigeria MDXi and the Internet Exchange Point of Nigeria IXPN announced a partnership aimed at expanding the peering of Internet transit traffic within Nigeria. The partnership seeks to take advantage of the numerous networks and content providers already connected to MainOne to grow traffic in the Nigerian Internet Exchange. With its open access submarine cable system, Tier III datacentre and IP transit network already connected to Lagos, Accra, London and Amsterdam Internet Exchanges, MDXi will bring to the exchange the capacity to connect directly with the greatest number of IP transit and content delivery networks in West Africa.

Speaking during the signing of the Memorandum of Understanding, Chief Executive Officer of the IXPN, Muhammed Rudman highlighted efforts of the Exchange to deepen local content via partnerships focused on the creation and hosting of content in-country.

“Our partnership with MDXi provides our members direct and more cost-effective interconnection with their partners, leveraging hosting in MDXi’s Tier III Datacentre, and access via MainOne’s open-access submarine cable. This will enhance local internet performance, lower costs and minimise traffic bottlenecks for Internet traffic in Nigeria.”

In her comments, MainOne’s Chief Executive Officer, Funke Opeke reiterated the company’s vision for improved connectivity across West Africa: “MainOne is committed to the penetration of high quality and affordable broadband internet services in West Africa, and bringing the IXPN closer to our network plays an important role in helping us realise that vision not only for Nigeria, but for all of West Africa. Hosting the IXPN in our datacentre, MDXi will continue to impact positively on the digital transformation of Nigeria and the overall growth of the Nigerian economy by enabling Internet traffic originating and terminating on any network in Nigeria to remain in-country.”

The Internet Exchange Point of Nigeria IXPN is an operator-neutral exchange point that allows several Internet Service Providers and network operators to exchange traffic between their networks at no costs by means of mutual peering agreements. The IXPN is committed to the development of a national Internet infrastructure, and increasingly, an infrastructure that will span the entire African continent.

MainOne’s leading pan-African network reaches more of West Africa than any other network directly and through our partners. Its managed state-of-the-art next generation IP network offers direct-line connectivity to customers in 8 countries across West Africa.

MainOne has agreements with national, regional and global operations to ensure reach as may be required by our customers. MainOne’s advanced infrastructure is powered by Cisco’s IP NGN platform designed with a high degree of resilience with diverse routes, pro-active network monitoring and performance management on a 24X7X365 basis. MainOne’s IP backbone delivers advanced traffic-engineering functionality, rapid fault restoration and multi-service transport abilities and services.

MainOne’s Network is connected at various internet exchange points both regionally and internationally. They are available to interconnect at:

As a result, MainOne is able to provide shorter routes, lower latency service and bandwidth scalability at affordable prices. In February 2008, MainOne began the construction and laying of its undersea cable system. This would be the first privately wholly owned subsea cable along the West African coastline.

MainOne’s current cable system is a 7,000km submarine cable with landing stations in Nigeria, Ghana and Portugal. Several possibilities still exist with branching out units along the coast of West Africa in Morocco, Canary Islands, Senegal and Ivory Coast as options to cater to the expected surge in capacity demand.

By extension, MainOne is able to also interconnect with SEACOM and other international cables from Seixal in Portugal via Tata Communications’ European and Transatlantic networks and interconnection in Telehouse, London. The submarine cable currently delivers high speed bandwidth of 1.92 Tbps and has been proven to provide capacity of at least 4.96 Tbps.

Next Einstein Forum 2017 looks for 54 science and technology ambassadors 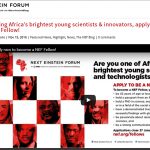 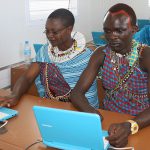 Samsung to continue investing in education centres across Africa