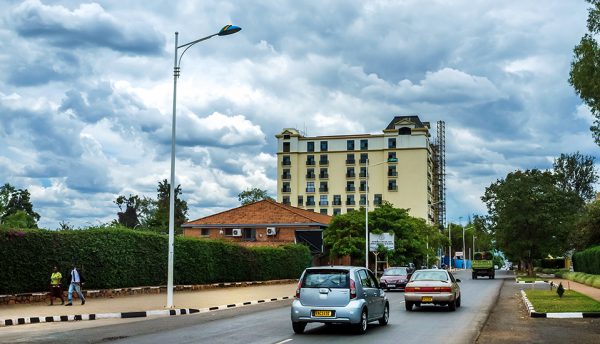 WISeKey to set up Blockchain-IoT centre of excellence in Rwanda

WISeKey International, a Swiss based cybersecurity company, announced during its participation at the Rwanda Investment Board Blockchain event, the intention to establish a Blockchain-IoT Centre of Excellence in Rwanda. The Centre will deploy a Trusted Blockchain as a Service platform to enable the creation of a Blockchain Ecosystem in Rwanda. The project is part of the broader Smart Africa initiative with 17 countries already on board and embracing the fourth industrial revolution. This represents a market of about 360 million people.

The Rwanda Blockchain-IoT Centre of Excellence will help position the country as a key and active player providing access to policy, technical and business expertise. WISeKey will be cooperating with local companies participating at the Centre of Excellence, building points of view, proof of concepts, policies, educational materials, distributed ledger capabilities.

Hon Jean Philbert Nsengimana, Rwanda’s Minister of Youth and ICT, noted, “This initiative is in line with President Paul Kagame’s vision to leverage information and communication technologies for transformation and growth, while ensuring wins and gains for citizens.”

At the centre of this initiative, WISeKey will be localising a WISeID Blockchain in Rwanda. Wntity or attribute certifications provided by a third trusted party has not been changed or misrepresented. Keeping control of digital identity is key to protecting user’s personal data.

Each WISeID node gets a copy of the WISeID Blockchain and gets downloaded automatically upon joining the WISeID network. Through the WISeID Blockchain application, users are always in control of their digital identity stored on their mobile device, IoT sensor and computer. The user determines which identification attributes are shared with social media, credit card companies, merchant sites, so that they never disclose the Personal Identifiable Information if not required or necessary.

“Rwanda and its government are to be commended for their vision and action to establish the country as one of the most technologically advanced nations in the world,” said Carlos Moreira, Founder and CEO of WISeKey. “We strongly believe that the Blockchain-IoT Centre of Excellence will enable dramatic increases in business volume and efficiencies. Establishing Rwanda as a Blockchain-IoT service hub will provide benefits across many industries and encourage technological developments that can serve the continent.”

The WISeKey BlockChain is constantly growing as new blocks are added to it with a new set of recordings. Each WISeID node gets a copy of the WISeID BlockChain and gets downloaded automatically upon joining the WISeID network. Through the WISeID BlockChain app the users are always in control of their digital identity stored on their mobile, IoT sensor and or computer and is only the user who determines which identification attributes are shared with social media, credit cards, merchant sites, never disclosing the Personal Identifiable Information if not required or necessary.

WISeID uses BlockChain as a public, immutable ledger that allows third parties to validate that the original Identity or Attribute certifications provided by a Third Trusted Party has not been changed or misrepresented. Keeping control of Digital Identity is key to protecting user’s personal data. WISeID is also provided as a software development kit to third parties wanting to use this method of identification for their identities requirements.

At the heart of this platform is the OISTE-WISeKey Cryptographic Root of Trust which has been actively used since 1999 by over 2.6 billion desktops, browsers, mobile devices, SSL certificates and Internet of Things’ devices. The OISTE WISeKey Cryptographic Root of Trust is ubiquitous and universal, and a pioneer in the creation of Digital Identities.

The WISeID BlockChain operates with the WISeID Kaspersky Lab Security cyber-resilience edition that uses the digital identification to lock personal data such as account usernames and passwords, credit card numbers and access PINs into a secure personal data organizer, creating accountable identities for online activity while the data itself remains protected in a secure cloud vault.

Mobile security threats are increasing in number and sophistication, with hackers looking for sophisticated ways to hijack mobiles for Bitcoin mining, or to trick mobile users into giving up their personal identity and bank account information. Even though mobile operating systems provide app developers with significant security features, hackers have still been able to exploit the massive installed base of Android and iOS devices, using many different infection vectors to place malware.

Without mobile security software, users are vulnerable to all these threats and more. The WISeID Kaspersky Mobile Security SDK includes a robust and proven solution for protecting mobile phones against security threats. The SDK’s inclusion in the app delivers advanced security features like web & network protection, device protection and risk detection to smartphones, offering users an effective layer of self-defense.

Among other things, WISeID keeps passwords in an encrypted vault, generates hard-to-crack passwords, and safely synchronizes data between computers and devices on multiple platforms, using secure cloud storage. The vault can be unlocked only with the user’s Master Password and, or defined pattern, with additional protection provided through facial recognition authentication. WISeID can be accessed online though a single click.

WISeKey is a leading global cybersecurity company currently deploying large scale digital identity ecosystems with a patented process. WISeKey’s Swiss based cryptographic Root of Trust provides secure authentication and identification, in both physical and virtual environments, for the Internet of Things, Blockchain and Artificial Intelligence. The WISeKey RoT serves as a common trust anchor to ensure the integrity of on-line transactions among objects and between objects and people.

Chad based Presta Bist gets high-speed broadband through O3b Networks 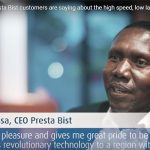 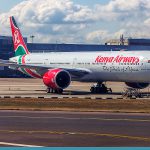 Kenya Airways ties up globally for SITA Connect and AirportHub