Angola is a shining example of digital transformation in a rapidly changing continent. Moving away from a dependency on oil production, the country is emerging as a leader in telecommunications. With the South Atlantic Cable System set to be completed in mid-2018 and centred in Angola, the first direct link between Africa and South America will be created. António Nunes, CEO, Angola Cables, tells us this represents a significant shift for the relationship between Africa and the Americas in terms of connectivity and collaboration.

In 1994, there were more telephone lines in New York City than in all of Africa. Two decades later, Africa has digitally transformed itself with mobile data traffic expected to grow twelvefold on the continent over the next five years.

Today, the continent is teeming with companies digitally connecting cities, countries and continents to the global economy and research communities. For countries in Sub-Saharan Africa (SSA), some of them are beginning to leapfrog comparable countries in other parts of the world in terms of telecommunications advancement, with Angola as a standout example of progress in the region.

Traditionally seen as an oil-producing nation, Angola is emerging as a telecommunications leader as part of diversifying its economy. Considered the third largest economy in SSA, Angola’s GDP growth is expected to be over 3% in 2018 as it seeks to diversify its economy.

Part of this can be attributable to the development of local industries, agriculture and strengthening of entrepreneurship skills to foster inclusive growth. Last year, democratic elections also saw President João Gonçalves Lourenço voted into office, Angola’s first change of president in 38 years; a promising development as part of improving the economic prospects of the country.

From a connectivity perspective, since 2012 the West Africa Cable System (WACS) has been a vital ‘digital bridge’ for SSA, providing carrier-level services to operators in the region across a dozen countries. Managed by a consortium of companies, it extends more than 14,000 km between Yzerfontein in South Africa and London in the United Kingdom and includes 11 landing points in Africa and three in Europe.

As much as WACS is an essential artery for the digital connectivity and economic development of countries connecting to the cable, Africa is about to see the addition of new infrastructure, centred in Angola, to augment its global connectivity. Traditionally, data has travelled between Africa and the Americas (the largest centre for the production and aggregation of digital content and services), via WACS through Europe.  With the South Atlantic Cable System (SACS), expected to be completed in mid-2018, the first direct link between Africa and South America will be created.

A subsea cable extending more than 6,500km between Brazil and Angola, SACS will be 100% owned and managed by Angola Cables – already an active member of the WACS consortium. Combined with Monet – another new investment from Angola Cables in South America, the 10,556 km cable system between Brazil and USA links the cities of São Paulo, Fortaleza and Miami and has been operational since January 2018 – SACS represents a paradigm shift for Africa and the Americas in terms of connectivity and collaboration.

Currently, the latency, or the time lag between a data packet being sent and received, on subsea fibre optic cables systems between Angola and Brazil is about 350 milliseconds, due to the trafficking of the Internet via Europe and the USA.  With SACS, this will be reduced fivefold to approximately 63 milliseconds. In effect, this will create a ‘continental shift’ in terms of Internet access to and from Africa, bypassing Europe. Once operational, Angola Cables will be part of the responsible entities for the digital exchange servicing Africa and South America.

Together with growing terrestrial fibre optic systems, mobile technologies and satellite services, such a direct connection between Africa and the Americas will have a  profound effect of creating an alternative to the ‘heart of the Internet’ by diverting, for example, the location of data centres and Internet Exchange Points (IXP) to Africa, facilities traditionally located in developed markets. To this, Angola now has the third biggest IXP on the continent in Angonix. Further knock-on effects include the development of hubs for telecommunications innovation on the continent.

Telecommunications and digitalisation are some of the most powerful tools for empowering countries and economies.  If one looks at mobile telephony, it has spread further and faster in Africa than any other part of the world. According to GSMA, a global organisation representing nearly 800 mobile operators and hundreds of mobile technology companies, the doubling of mobile data usage increases annual growth in GDP per person by half a percentage point. Consider some of the following facts about the mobile market in Sub-Saharan Africa:

Sub-Saharan Africa now accounts for nearly a tenth of the global mobile subscriber base and is expected to grow faster than any other region over the next five years. With an improved connection between the Americas and Africa, complemented by a strong mobile industry on the continent, the social and economic development of the regions is expected to improve in line with such growth.

Mobile connectivity has become one of the main platforms for innovation and the driving force for greater inclusion, with about 270 million people in the region accessing the Internet through mobile devices. In 2016 mobile technologies and services generated $110 billion of economic value in Sub-Saharan Africa, equivalent to 7.7% of GDP. As local and global connectivity continue to improve, mobile’s contribution to GDP is expected to increase to $142 billion, equivalent to 8.6% of GDP, by 2020.

Given that Angola has been ranked 120th out of 141 countries in the Global Innovation Index, there is more room for improvement. The signs from the new President of Angola seem to be positive in promoting long-term growth, improving productivity and creating jobs. As an example of the future-oriented thinking of the Angolan government, as far back as 2009 (the year Angola Cables entered the WACS consortium), they invited five local telecommunications operators to be shareholders of Angola Cables, propelling the start of SACS three years later.

Beyond commerce and communications, the telecoms/mobile ecosystem in the region is linking up academic institutions and research and education (R&E) organisations in other parts of the world. As trans-Atlantic connectivity improves with the completion of SACS and Monet, universities and other learning communities in Africa, North American and Latin American countries are increasingly collaborating to improve knowledge sharing and research.

As part of its work in the region, WACREN has been involved in the TransAfrican Network Development, a project that aims to expand integration into the global REN community, as well as Sci-GaIA (Energising Scientific Endeavour through Science Gateways and e-Infrastructures in Africa), an Africa-wide project that produces educational and training resources in various fields of science, and MAGIC (Middleware for collaborative Applications and Global Virtual Communities).

The on-going development of Africa depends on the degree to which it can globally integrate with the digital economy. With a growing appetite for data and mobile devices requiring broadband connectivity (supported by next-generation international networks), the continent requires investment in its telecommunications capacity in order to support socio-economic advancement. With the imminent launch of a trans-Atlantic cable system between Africa and the Americas, Sub-Saharan Africa is poised for a paradigm shift in connectivity, centred in Angola. It will also be a profound and symbolic step toward the continent taking the driver’s seat in expanding the region’s economic opportunities and determining its digital destiny. 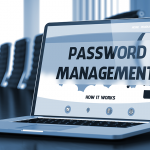 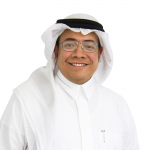