The introduction of underground Wi-Fi has improved productivity and working conditions for hundreds of miners at Anglo American’s coal mining operations in Mpumalanga, South Africa, by enabling two-way communications between miners working underground and staff on the surface.

“We’re working in an environment where safety and productivity are paramount,” said Anglo American’s Edgar Simfukwe.

“The introduction of underground Wi-Fi is a game-changer. It allows our miners to communicate more easily, thereby making mines more productive. The main benefit is that breakdowns can be reported and resolved faster – in some cases, by contacting equipment manufacturers on the spot.

“Not only that, employees can send photographs and video clips to aid troubleshooting. They’re also able to arrange for the immediate dispatch of spare parts, get work authorisations, and flag faults before they become major issues.”

Traditionally, coal mines use fixed underground telephones, which frequently require a long walk or drive to reach. This means employees often need to return to the surface to get a message to a colleague, report a problem or access critical information.

With the new Wi-Fi and smartphones, miners can communicate instantly via voice calls or text messaging to and from the surface, and from one underground section to another. Apart from resolving communication challenges, the Wi-Fi network also tracks key equipment through communication tags and allows for people to be located in the event of an emergency.

“Up to 750 people work in an area of around 20 square kilometres, so it’s important that we know where each of them are if an underground emergency occurs,” explained Simfukwe.

“Should an evacuation occur, we are able to determine from the control room whether anyone has been left behind, exactly who they are and their last known location.”

Installing Wi-Fi underground is significantly more difficult than above ground. There are no cell phone towers underground, and signals are weakened and distorted by uneven surfaces, earthen walls and other obstacles in tunnels of different sizes.

However, the benefits will rapidly repay the initial R10m investment, says Anglo American. 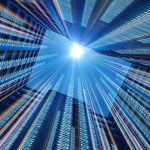 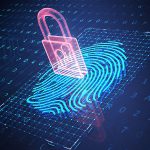