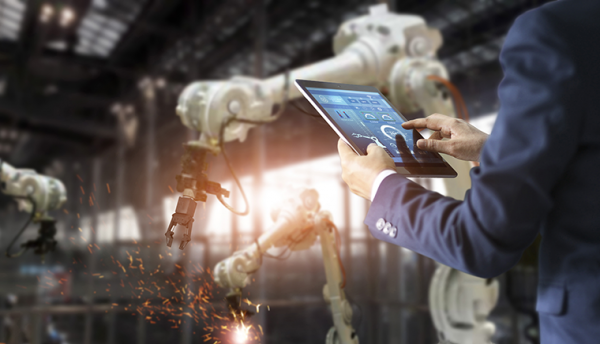 Are we reaping the rewards of intelligent manufacturing?

Dirty and dingy factories have been replaced by an increasingly digital manufacturing world. Terri Hiskey, Vice President of Product Marketing for Manufacturing at Epicor Software, tells us that ERP software combined with smart factory technology is the perfect pairing for progressive manufacturing.

Look around and the manufacturing industry is brimming with examples of firms that are bringing the latest technological developments to their factory floors. Their goal? To improve processes, increase automation levels and facilitate future business growth.

A case in point is the manufacturing giant Siemens, which has used automation to reduce the rollout time of new products by a third. Another example is global autoparts manufacturer Hirotec, which has used cloud-based analytics and the Internet of Things (IoT) to reduce system inspection times by 100% – a move that has helped the company avoid a painful $361 per-second bill for downtime during manual inspections.

It is outcomes such as these that are inspiring other manufacturers, across the globe, to implement IoT technologies into their production environments. In fact, according to recent research from Epicor, 69% of manufacturers believe their industry is on the verge of large scale IoT adoption or is at least at an experimental level.

All this indicates the sector is entering an exciting period of change, where manufacturers seize on digital innovation and transformation opportunities. Indeed, the same Epicor research shows us that manufacturers are increasingly embracing technology. 79% already have sensors on their machines, and 42% are using IoT technology to control and work with robots.

In addition to making manufacturers more agile and more responsive, such technologies can also enable smaller firms to compete against much larger players.

Like many emerging trends, willingness to adopt and get to grips with IoT varies across geographic regions. Despite the hype, a surprising 44% of global manufacturers have still either never heard of IoT or know little about it. This rises to 57% in EMEA, where the pace of adoption is much lower compared to Asia Pacific, where the thirst for new technology is much higher. Just 27% of manufacturers in APAC are unaware or poorly informed about IoT.

However, where IoT is put to work – with production robots that can send and receive data, or perhaps the use of RFID technology to connect shipments with factory equipment – not every manufacturer is finding it easy to measure the gains enabled by these technology implementations.

Research tells us that IoT technology itself can be challenging to implement, and that its impact can be hard to quantify. In fact, around three-quarters (72%) of manufacturers surveyed by Epicor in the research above, say they are yet to measure any real return on their IoT investments to date.

This, it seems, is the harsh reality of IoT. Yes, connected technology is putting the spotlight back on manufacturing. Yes, it’s making the factories of the future possible, today. And yes, there are outstanding examples of manufacturers transforming their operations as a result. Yet many firms within the manufacturing community are struggling to justify their spend on all of this new technology.

IoT and ERP – the perfect pairing

By default, the IoT involves capturing a huge amount of data – from the production line through to the wider supply chain. If the IoT is to truly bring value to an organisation, this data needs to be captured and analysed via an effective Enterprise Resource Planning (ERP) solution. Afterall, a return-on-investment figure can’t be calculated if outcomes cannot be measured.

Using ERP technology alongside IoT solutions is becoming increasingly accepted among manufacturers as a way of addressing this particular challenge. Many are starting to recognise the importance of placing an ERP system at the heart of their smart factories because it means that centralised monitoring becomes possible, accurate data can be collected, informed decisions can be made and improvements can be measured.

To give factories the confidence to take the plunge in full scale IoT adoption and realise the benefits, they need to be reassured about security and stability. Failing to start with a secure foundation or utilising best practices and platforms is an expensive mistake to make.

Azure Sphere from Microsoft is an example of a technology used to build highly secure connected intelligent products. Security is at the heart of the microcontroller and combined with the operating system and cloud services provides in-depth defence against threats and the ability for manufacturers to focus on the real features of IoT, not the underlying concerns.

Combine this with Epicor IoT and each manufactured product can be coupled with its digital twin, and bi-directional events can flow between the core ERP system, providing a next generation platform allowing manufacturers to move quickly with confidence and reimagine their business.

As we move onwards, we can expect to see switched-on manufacturers continue to shift towards using intelligent cloud-based ERP solutions to justify their IoT investments. This will enable them to continue to take advantage of new opportunities, to optimise processes, and to remain agile. All through the powerful combination of IoT and ERP.

Manufacturing is certainly back – gone are the days of dirty or dingy factories. Gone is the high use of manual labour and blue screens. Instead, we are entering an Industry 4.0 world where manufacturing is increasingly digital. In this world, ERP software combined with smart factory technology will be the perfect pairing. 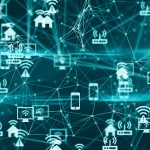 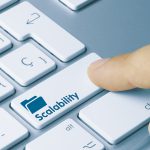