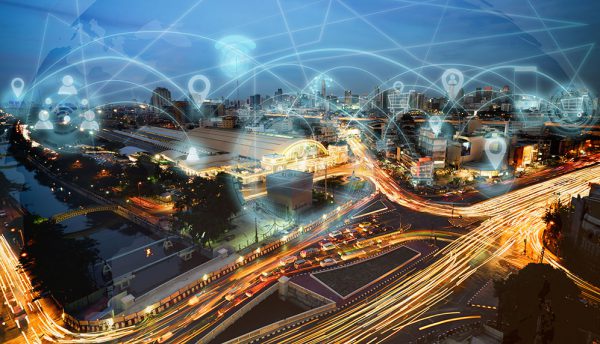 In 2017, together with the authorities of Nysa and Pionki, T‑Mobile Polska conducted pilot implementations of Smart Cities solutions. Based on its experience and international know-how, T‑Mobile introduced verified solutions to its offer for cities. Those allow to raise the standards of inhabitant and tourist protection as well as to manage city space in an efficient and economical manner. The offer includes, among other things, an intelligent lighting system, an innovative city monitoring system, an air quality monitoring system and Wi-Fi hotspots.

Until now, city video-monitoring systems recorded images and sent those to a management centre, where a dispatcher analysed records from many cameras at the same time. As a result, the threat detection rate oscillated around 60%. The intelligent monitoring system with video-detection offered by T‑Mobile increases the efficiency of that tool to 95%. The advanced system will automatically detect a suspicious package left at a train platform or crossing the boundaries of a closed area. Similar solutions have already been introduced, among others, in Pionki.

Another interesting solution is the system of intelligent city lighting controls. T‑Mobile implemented a pilot version of the system in Nysa, a town in Opolskie Province, and is now able to offer the technology to all cities and towns. Replacing the traditional sodium fittings with LED ones will cut costs in itself. However, the technology’s positive impact on optimising energy consumption is mostly due to the possibility to remotely control each street lamp individually, combined with operation of a failure notification system. In addition, if necessary, it is possible to set the lighting so that its intensity is automatically adapted to weather conditions and traffic volume.

In Nysa, the intelligent air quality monitoring system was also installed, which was so successful that the solution, similarly to the previous one, was included in T‑Mobile’s permanent offer. In Poland, the pollution rate is very high. The only reliable sources of information in this respect are still the Chief Inspectorate of Environmental Protection (GIOŚ) measurement stations, which are not too numerous in Poland. It is possible to cheaply complement the infrastructure, making it easier to diagnose the cause of smog in individual parts of the city.

T‑Mobile’s measurement stations are capable of measuring different types of parameters, including the concentration of particulate matter PM10, PM2.5 and PM1. Measurement devices can also be equipped with sensors which allow them to measure the concentration of other substances, including sulphates, ozone or nitrates. As a result, thanks to additional information, city inhabitants and tourists may be healthier and safer.

It is also worth noting the system of hotspots, which, having passed the tests, was also included in T‑Mobile’s offer. Thanks to the possibility of displaying notifications on the log-in screen, the city can announce local events, while regional companies may buy advertisements, thus supporting the city budget. In addition, the infrastructure can also be used to create a modern passenger information system for buses and trams.