Aptilo Networks and Swisscom have worked in close partnership since 2013, when Aptilo replaced a few key components in Swisscom’s Wi-Fi Core system. Now Swisscom has gone ‘all-in’ with Aptilo. Swisscom will replace three Wi-Fi Core system vendors of its Public Wi-Fi Service (PWLAN) and instead use all the rich functionality in the Aptilo Service Management Platform (SMP).

With the Aptilo SMP as a base, Swisscom continues to develop its advanced in-house subsystems for operator-managed guest Wi-Fi, targeting business customers in Switzerland.

The security will be further enhanced by supporting Apple’s new IMSI encryption. The IMSI is a number that uniquely identifies every user of a cellular network. It is used for automatic authentication with a secure Wi-Fi network (802.1x) using the credentials on the SIM card. The IMSI can also be used to track device movement. IMSI encryption is therefore critical to protect user privacy.

Aptilo SMP will also fully migrate into Swisscom’s virtualised environment, contributing to the goal of a 33% reduction of logical nodes. At the same time, Swisscom will immediately get 50% added Wi-Fi Core capacity and a flexible system easily adapted to future needs.

“Aptilo has deserved our trust after six years of flawless operation of some of our most important Public Wi-Fi Core functions,” Nadim Ganam, Product Manager Public WLAN, Swisscom. “Merging all Public Wi-Fi Core functions to Aptilo SMP will reduce risk, increase our operational efficiency and save costs. We will also get a more rapid growth in new functionality and innovations as we share the same software with many other leading operators.”

“In 2013 we replaced some vital functions in Swisscom’s Wi-Fi Core with surgical precision and minimal disruption of the existing service,” said Aleksandar Mitov, Director of Sales Europe, Aptilo Networks. “I am incredibly proud that an award-winning Wi-Fi service provider that provides services to millions of end-users per month, has entrusted Aptilo to be a foundation for its Wi-Fi core platform.”

The revolution of smart mailboxes begins in Spain 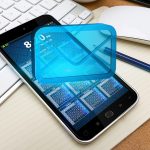 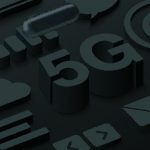 Síminn and Ericsson move towards 5G and massive IoT in Iceland