Vodafone Group confirms that the European Commission has cleared its acquisition of Liberty Global’s operations in Germany, as well as in the Czech Republic, Hungary and Romania. Following completion of the €18.4 billion transaction, Vodafone will become Europe’s leading converged operator, with 116.3 million mobile customers, 24.2 million broadband customers and 22.1 million TV customers across 13 European countries.

Vodafone will own the largest next-generation network in Europe, as well as one of the continent’s largest TV platforms, and around half of revenues will come from fixed and converged services. As a leading European technology communications champion, the company will be able to accelerate the delivery of the Gigabit society to over 100 million people across the continent.

Vodafone Group CEO, Nick Read, said: “With the European Commission’s approval of this transaction, Vodafone transforms into Europe’s largest fully-converged communications operator, accelerating innovation through our gigabit networks and bringing greater benefits to millions of customers in Germany, the Czech Republic, Hungary and Romania. This is a significant step towards enabling truly digital societies for our customers.”

In Germany, Vodafone will deliver gigabit mobile speeds to 20 million people by 2021 and fixed gigabit connections to 25 million households by 2022. The combined company will be well placed to help deliver the German government’s digital ambitions, providing sustainable and effective competition and choice in digital infrastructure and converged services. As previously announced, Vodafone has also entered into a wholesale cable agreement to provide broadband services, with download speeds of up to 300 Mbps, to Telefónica Deutschland.

The transaction will also bring forward the provision of converged communications services in central and eastern Europe, increasing competition and customer choice, acting as a catalyst for further innovation in terms of both network and service provision and making the digital society a reality. In these markets, the combined businesses will upgrade their fixed gigabit networks to reach over 6.4 million homes (39% of total households) in the coming years.

The transaction is expected to generate cost and capex synergies with a net present value of over €6 billion after integration costs, and revenue synergies with an NPV exceeding €1.5 billion from cross selling to the combined customer base. Together with the standalone growth potential of the acquired assets, these synergies support double-digit free cash flow per share accretion (before integration costs) from the third year post completion for Vodafone Group.

Following the European Commission’s approval, which is conditional on the implementation of the agreed remedy package, the transaction is now expected to complete by July 31, 2019. 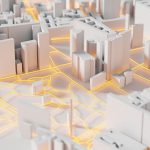 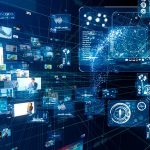 Broadcast industry in focus: The ultra-low margin for error to streaming success