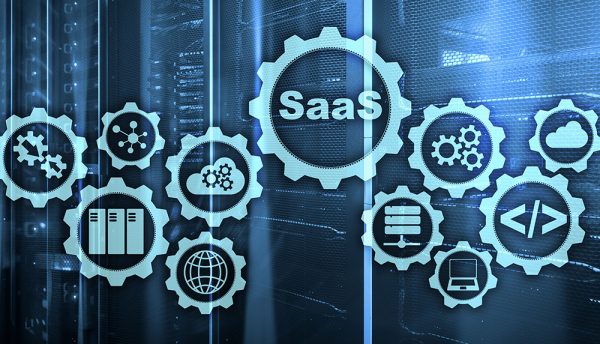 Many companies are now using a Software-as-a-Service (SaaS) model where the software is licensed on a subscription basis and is centrally hosted. Intelligent CIO spoke to Ken Ringdahl, VP, Global Alliances Architecture, Veeam; and Michael Cade, Senior Global Technologist, Veeam, about the benefits of using a SaaS product and the challenges you can expect.

What are the benefits you have experienced from using a SaaS product?

KR: What we’re hearing from virtually all customers is Office 365 and we’re coming up to our fourth version of that product. The thing we hear most commonly from customers is that they’re beginning to become much more aware of their ownership of data and the fact that they own the data, even though it’s a hosting service. So, customers are becoming much more aware of the capabilities and the protection they get built in from any SaaS service.

We’ve got a really strong relationship with Microsoft. They’re now becoming much more open about it and there’s a much greater awareness, so it’s much easier for us to come together with Microsoft.”

KR: Certainly with Infrastructure-as-Service , we have solutions today that support many in the public clouds and some of the Platform-as-a-Services, such as data bases. They’re in a roadmap for us where we’re looking at that. When you look at the Veam customer base, we’ve added physical support and cloud support, and SaaS support. As we look at adopting paths and other services, we look at our typical customers’ adoption map.

We are looking at cloud-native products, but when we look at the core product that we have, it’s more the on-pre customer that is going to the cloud. It all goes with our customer, how they’ve matured and progressed into the public clouds and other services.

What do you think are the main challenges regarding SaaS?

MC: From a security point of view, depending on the size of the business, for the attack footprint for any cybersecurity, if you’re running your own exchange farm on premises, you’re in control of all the firewall and networking and all the access permissions to get into that environment.

Whereas, if you offload that to the public cloud or the SaaS provider, within their interests they have the most secure environment. Now the security doesn’t just go away, there’s still the threat of someone getting into that system, but it is a lot easier to pay someone that is purely just looking after their SaaS environment and to keep that platform as secure as possible. So, you’re offloading that security and risk from the on-premises solution.

A challenge that we’re seeing two to three years on is, if you have data loss within Office 365, Microsoft keep a retention of data but it’s not absolute. That is why you need data protection on that SaaS. People are under the impression that their data is secure and protected, whereas they’re only protected so much. Therefore, education is another challenge.

We’re speaking to a lot of our prospect customers and we like to educate them that you should still look at your backup of your SaaS work.

What industries or verticals would you say are currently using SaaS?

MC: I think everyone is using it. The approach of getting rid of Exchange on premises and not having to worry about patching, infrastructure, scalability , uptime availability and just offloading that and just paying a monthly subscription to Microsoft to host that from an Office 365 point of view, ask any Exchange admin and they’re all going to say yes to that, providing that their job isn’t going to rely totally on that.

We’re in a world where everything is changing. An Exchange admin that spends 15 years in every single Exchange version for the last 15 years might have a bit of a problem letting that go out of his control and reach. But that comes back to education. Now you can be a SaaS administrator and look after that workload and actually provide something better for the business; your skills won’t be lost.

What would you say are the current trends around SaaS?

MC: Office 365 is something that we’ve really got behind and we’re investigating others. There are a lot of SaaS products out there because they make it simple. What we’re seeing in the data centre is that they want simplicity because they can do something more with it.

If you take away that management or administration overhead, then you’re only going to increase the productivity of your IT team to do more. We’re also investigating other SaaS workloads that offer data protection. I think there will be a lot more SaaS work that will appear over the next few years and if anyone is looking at offering that service, it should be around a Saas or PaaS type of solution.

KR: I think the core right now is around productivity. It’s emails and file sharing and, from our customers’ perspective, the productivity apps.

How do you see the future in one or two years?

KR: You will see a continuation of what has begun here, like the core productivity apps.

When you think of SaaS, you think of subscription. We’ve seen a significant transition to subscription. If you look at Veeam, even though we’re a private company, we share our top financial numbers in terms of bookings because that was how you used to measure professional software companies. Even though we don’t run a SaaS, we know that the subscription is now a very big part of our business and now and, instead of talking about bookings, we’re talking about annual recurring revenue and I think that will shift.

There are still businesses that run on budgets that go up and down on a yearly basis and don’t like to buy professionally, but I think SaaS has driven that whole buying process. Companies now want things consumed as an ‘as-a-Service’ model.