The telephony systems of British businesses are the least digitally advanced in Europe’s major markets, with French and German companies more likely to have invested in cloud communications and are further along in their Digital Transformation journeys, according to new research from Communications-as-a-Service leader, Voxbone.

A survey of 300 IT decision makers for medium-to-large-sized companies across the three markets found that, while over half of British respondents report that they have started digitally transforming their telephony, only a third believe they have moved past the early stages of this process – compared to 46% of French respondents and 51% of Germans.

Only 8% of respondents across all three markets believe that their organisation has completed their telephony’s digital overhaul. Of those businesses yet to begin their telephony’s Digital Transformation plans, nearly two thirds (62%) plan to prioritise it in the next 12 months. This suggests that telephony will be a key area of investment and focus for businesses in the very near-future.

In terms of Digital Transformation methods, the cloud is the main area of shift. More than a third of respondents (36%) are looking to shift only essential telco operations over to the cloud, while 28% would prefer to shift the entire telecommunications on to the cloud.

“Digital Transformation has been high on the business agenda for a while now but considering how critical telecommunications infrastructure is for the smooth running of large enterprises in particular, it hasn’t necessarily seen the love that other business functions, such as CRM, have in its Digital Transformation. However, as a result of that, as well as the rise of remote and flexible working, we are seeing that businesses are bringing telephony front and centre of investment plans to make sure that the infrastructure is suitable for modern working life” said Matt Brown, VP of Product at Voxbone.

Why CIOs and CFOs should be the ‘Druckers’ of their organisations 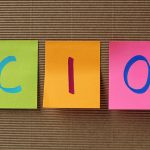 Avoiding an existential crisis, CIOs need to reinvent themselves