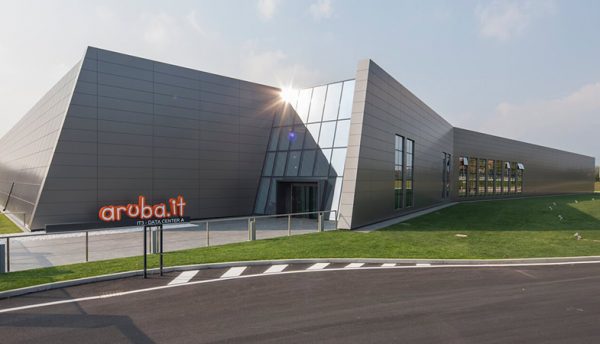 Businesses from a wide range of sectors are fuelling demand for ‘greener’ data centres, bringing environmental issues to the forefront of the data centre industry.

The company has already begun work to improve energy output by expanding its Global Cloud Data Centre campus near Milan. It is completely powered by renewable energy, much of which is generated on-site through hydroelectric and photovoltaic systems – with geothermal energy used for cooling. The proposed expansion plan will include upgrades to the hydroelectric plants and photovoltaic systems, which adds on another 6MW to the total of renewable energy produced on site. Two new data centres will also be added. Called Data Centre-B (DC-B) and Data Centre-C (DC-C), they will have 9MW and 8MW of operational power, respectively. The new modules will go alongside Data Centre-A (DC-A), the first of the data centres inaugurated within the campus, whose 10 data rooms are currently operating near capacity.

The latest Global Cloud Data Centre expansion is in response to the extremely high demand for environmentally friendly data centre services. Sustainability is an essential value for the company and when Aruba first conceived the Global Cloud Data Centre, it committed to both prioritising this and delivering the best possible technologies to customers. As such, Aruba has continued to invest significant sums in energy efficiency and the supply of energy from renewable sources. Going forwards, the intent is to maintain the lowest carbon footprint across the entire Aruba Data Centre network and act as advocates for positive change across the industry.

As part of this commitment, Aruba co-signed the Climate Neutral Data Centre Pact in January of this year. The pact is designed to support the European Green Deal, which was adopted in early 2020. A total of 24 companies and 14 associations – representing the most significant industry players in cloud infrastructure and data centres – agreed to the self-regulatory initiative. Its goal is to make data centres in Europe climate neutral by 2030 by determining energy efficiency with measurable targets, purchasing 100% carbon-free energy and prioritising water conservation.

In March, Stefano Cecconi, CEO of Aruba, also became one of 26 signatories of the European Green Digital Coalition – joining CEOs from a number of other leading European organisations. They also committed to co-creating deployment guidelines for green digital solutions to accelerate the sustainable development of sectors including energy, transport, building and agriculture. Along with prioritising sustainability, Aruba is committed to strengthening the competitiveness of Europe’s digital economy through its membership of GAIA-X, an initiative set up to develop a European cloud.

From Basildon to Bergamo: Euronext’s migration to Italian shores

Following this, Aruba’s fortunes rose again in H1 of 2021, with one company that has recently decided to migrate its data centre to Aruba’s Global Cloud Data Centre, stock exchange Euronext. Located in Basildon (near London), the decision was taken to move Euronext’s data centre to the continent following the UK’s departure from the European Union (EU). Contenders for the move included data centres in Paris and Amsterdam, but the Milan based Global Cloud Data Centre campus emerged as the top choice. The date that is currently targeted for the first part of the Group core data centre migration, subject to regulatory approval and operational readiness, is set for 2022. The overall migration is planned in response to a multitude of factors that include: the acquisition of the Borsa Italiana Group, the dynamic created by Brexit and a strong rationale to locate the company’s core data centre in a country where Euronext operates a large business.