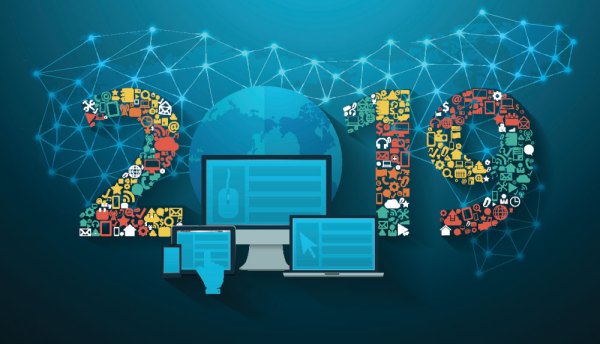 Research shows the 10 digital trends to watch in 2019

Senthil Ravindran, EVP and Global Head of xLabs at Virtusa, talks to us about the trends CIOs need to look out for in the coming year.

Now that 2019 is up and running, we’re at the point where CIOs take a look ahead at the technologies that will shape the coming year and review their budgets for the next 12 months. Where once this was a relatively straightforward process, it’s now becoming increasingly complicated as the range of technologies available expands. In today’s environment, CIOs are under constant pressure to accelerate digitalisation via all manner of new, exciting technologies, all while ‘keeping the lights on’ for the organisation’s day-to-day operations.

CIOs are constantly being told about the next big thing set to transform their enterprise and are warned that failure to adopt it will cause the company to fall behind. What one expert predicts will be a ‘dead cert’ could be deprioritised by others. With so much conflicting wisdom to pore over, it’s no wonder that more than half of organisations believe digital pressure has raised the risk of rushing into ill-thought-out projects and wasted investments. So how does the CIO know where to start?

At Virtusa, we’re aware that this is a real headache among CIOs, so we’ve aimed to make sense of it all. We’ve compiled more than 40 reports from leading analysts, futurologists, consultants and industry influencers – including the likes of Gartner, Fast Co, and Forrester – and collated the data to identify the top themes set to shape 2019. So, what do CIOs need to look out for?

1. ‘Transcendent realities’ relates to the blurring of the lines between reality and the digital realm, and the emergence of ‘mixed reality mash-ups’. We’re already starting to see holograms in banks and airports, and in the future, it will become even more difficult to decipher virtual from reality
2. ‘Truth trumps trust’ relates to Blockchain, but specifically how Blockchain will enable businesses to share ‘incontrovertible’ truths amongst one another; potentially negating the need for trust by providing true accountability and transparency
3. ‘The revolution of the workspace’ relates to the evolving relationship between humans and robots. Just think – how does the HR department adapt when all your colleagues are robots?
4. ‘The intelligence of everything’ is the space where IoT and AI meet. This trend will see IoT devices becoming truly autonomous, making ‘best in time’ decisions to improve their owner’s health, wealth and happiness
5. ‘Engineered empathy’ relates to the current state of IT’s emotional quotient (EQ) and questions how machines will start to not only understand human emotion, but how they can use this to analyse sentiment and detect fraud
6. ‘Open everything’ might be more familiar to some CIOs. This isn’t too surprising given Open Banking and PSD2 have grabbed the headlines, sending a cold chill down the spine of traditional banks which fear their foothold might be loosening as disintermediation creeps in. But the ripple effect will extend much farther than the banking industry alone
7. ‘Computers have eyes, mouths and ears’ focuses on the fact computing is becoming increasingly sensory. We’re already seeing voice, for example, become a dominant channel with the growth in popularity of Alexa and the like. As we move towards our digital destination of the future, sight, voice and touch will become increasingly employed in the fight for the consumer
8. ‘Digital predestination’ is an interesting topic that predicts we could soon be trapped by our own preferences as we are increasingly presented with content that fits the mould of what machines ‘think’ we like. There has already been a lot of discussion about this in relation to politics and social media creating ‘echo chambers’, but this could extend to every area of digital life
9. ‘Upgrading humans’ relates to digital innovation in healthcare taking place across the globe. Emerging tech is creating an ‘Internet of Patients’, helping to bring relief to a range of conditions, while giving the potential for finding news cures to long-standing illnesses such as cancer
10. ‘No strings attached’ looks at the ‘post-loyalty’ world where consumers hold all the power. Instead of focusing solely on product, businesses will need to foster ongoing relationships which go beyond that

At the very least, these trends show that our relationship with businesses and each other are likely to change dramatically in the near future. For some firms, this might entail new and exciting ways of engaging customers next year. But for firms that can’t act quickly enough, this might mean rivals will begin to gain an advantage.

Of course, not all of these trends will impact every business; an importer of raw materials, for example, probably won’t be concerned with the idea of upgraded humans in 2019, while a travel operator might jump at the chance to integrate AR-driven transcendent realities into its offering. However, CIOs must find out which trends will impact their businesses and prepare for the inevitable disruption. Without this level of preparation, CIOs might find they have bigger problems than an abundance of conflicting wisdom when it’s time to start looking at 2020’s budget.

Keep up to date with Excel at its Winter 2019 event

By 2021, CIOs will be as responsible for culture change as CHROs