A cybersecurity expert from Mandiant says government organisations in Kuwait are being targeted by cybercriminals.

Alister Shepherd, Director, Middle East and Africa, for Mandiant, the consulting arm of FireEye, says government bodies in the country have been targeted while there is also a need for increased cybersecurity spending in Kuwait.

“We’ve seen a lot of targeting of government entities in Kuwait,” said Shepherd. “It’s definitely being targeted. We’re seeing quite a lot of what look to be successful attacks.”

He added that some of these attacks have come from known APT groups and nation-states and emphasised the need for the country to increase spending on cybersecurity in Kuwait.

“I think Kuwait, within that GCC and Middle East context, is lagging behind the Kingdom of Saudi Arabia (KSA) and the UAE in terms of investment and approach to cybersecurity,” he said.

“If you look at the UAE and KSA in terms of government investment and support these are way ahead.

“I think in this region (the Middle East), more than any other, we see nation state actors as the primary threat. The geopolitical situation here leads to increased threat and we see a correspondingly high volume of nation state attributed attacks.” 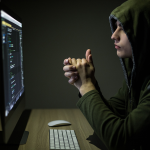 Cybersecurity to come under spotlight at joint UK/Kuwait event