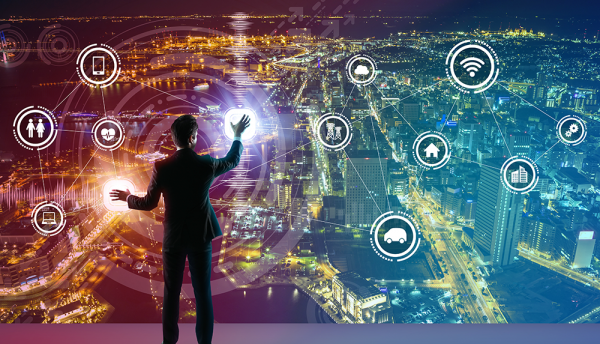 CloudQATARTop Stories
Mark Bowen  | 17 January, 2018
Cisco has announced the appointment of Hani Raad as General Manager for its West Region in the Middle East

Cisco has announced the appointment of Hani Raad as General Manager for its West Region in the Middle East.

In his new role, Raad will focus on leading Cisco’s digital transformation initiatives in Kuwait, Bahrain, Qatar, the Levant and Iraq.

He will work closely with its partner ecosystem to support government and private sector customers on their digitisation journeys, while helping them drive desired business outcomes.

“As part of the transition towards knowledge-driven, service-led economies, countries across the region have made digitisation an urgent imperative with the aim of translating the digital opportunity into tangible socioeconomic benefits,” said David Meads, Vice President, Middle East and Africa, Cisco.

“Cisco, along with our ecosystem of partners, is working closely with governments and enterprises to develop their digital roadmaps to position them for long-term prosperity in the digital age.”

According to McKinsey Global Institute’s Industry Digitization Index, several countries in the Middle East are making significant strides in the digitisation surge.

Bahrain, for example, has been adopting progressive digitisation policies supported by widespread Internet and smartphone penetration and increased usage of social media.

“The appointment of Hani as General Manager for the West Region comes at a time when many governments across the region have drawn out national transformation programs in which maximising their digital economic output is given high priority,” said Meads.

“Hani is an experienced executive who brings a great deal of energy and commitment to this role, and I am confident that his market knowledge and depth of expertise will support our efforts as Cisco continues to play a leading role in developing the region’s digital ecosystem.”

As General Manager for the Middle East’s West Region, Hani will be responsible for overseeing Cisco’s business operations and driving its growth plans across his markets.

In this expanded role, he will leverage Cisco’s growing portfolio of solutions and work to strengthen collaboration with governments and Cisco’s partner network to ensure that Cisco remains the region’s partner of choice for digitisation.

“I look forward to my new role and am excited about the tremendous opportunities that are present across the countries I oversee,” said Hani Raad, General Manager, West Region, Cisco Middle East.

“As a company at the forefront of digital business transformation with the broadest technology solutions, Cisco is well positioned to help accelerate the digital transformation of our customers in a meaningful way. By leveraging our global experience and industry-leading innovations we are able to help the region’s organisations become future-ready as they transition towards the digital era.”

Having joined Cisco over 11 years ago, Hani has a diverse 24-year background of regional ICT sector experience coupled with cross-industry exposure. He has held various executive positions in emerging markets, where he was responsible for building strategic sales strategies while driving the message on the need to prioritise the digital agenda to support emerging country innovation, prosperity and social inclusion.

Countries in the West Region have already taken strides in driving economic growth by stimulating innovation and knowledge spill overs. Kuwait has been one of the top movers in WEF’s Networked Readiness Index, with substantial improvements in ICT usage and impact, largely driven by high business and individual adoption levels and aligned with its New Kuwait 2035 Vision’s plan for transforming itself into a digital society and economy.

Meanwhile, Bahrain continues to lead the region in global rankings for e-government development (United Nations eGovernment Survey) and ICT use, and is in the world’s top 30 for networked readiness (World Economic Forum).

Gartner estimates that Middle East governments will spend $11.6 billion on IT products and services in 2017. In particular, the growing adoption and expansion of smart cities, e-services, artificial intelligence and automation bodes well for their drive to reduce costs and strengthen competitiveness, particularly in the region’s large energy and construction sectors, where an estimated 40% of tasks can be automated. 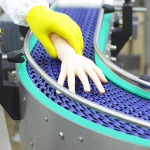 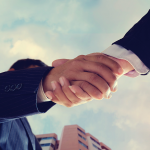