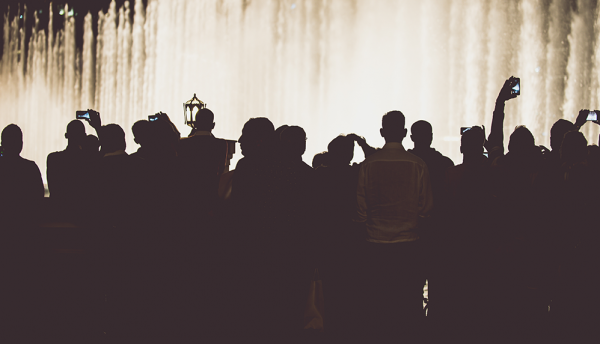 No hiding place: AR is identifying criminals in public places

Visual identification of suspects in public places has always been a tricky art with those wanted by authorities hiding in crowded places to mask their presence. Now with the development of Augmented Reality there is no hiding place for criminals intent on avoiding law enforcement agencies. Enterprises operating public events can also benefit from the new technology with their security personnel now able to make events in crowded stadiums safer.

Augmented Reality is giving a serious boost to law enforcement agencies in their ability to identify those wanted by the authorities in the UAE.

Not only that but the technology can also boost businesses that hold large scale public events by helping security personnel track down those who represent a danger to the public.

50 Vuzix Blade Smart Glasses, powered by NNTC’s trademark technology, have been deployed to multiple security operations. Engineered specifically for law enforcement officers and security personnel, the solution allows wearers to discretely scan faces in a crowd and compare them against a comprehensive offline database of violators, missing people and suspects.

Dmitry Doshaniy, General Manager at NNTC, said: “Our software employs a face recognition algorithm that has been ranked very highly in terms of its quality. After years of dedication and hard work, we’ve managed to achieve a level of accuracy that is practically unparalleled. The objective of this technology is to channel the potential of Artificial Intelligence and Augmented Reality to assist in law enforcement procedures.

“We are eager to see how the software assists in maintaining the safety of law-abiding citizens. This innovative technology can significantly boost the safety of the general public, particularly in crowded venues and can identify potential threats. So far the response from our customers and the market overall has been extremely positive.”

The independent Face Recognition Vendor Test conducted by the US National Institute of Standards and Technology (NIST) has recorded a True Positive Rating (TPR) of 97.45%, indicating a high percentage of accurate matches, and a False Positive Rating (FPR) of only 0.1% on a test database of over one million faces for NNTC’s face recognition algorithm.

Vuzix Blade Smart Glasses, which very closely resemble run-of-the-mill sunglasses, are embedded with an eight-megapixel camera. The glasses leverage the iFalcon software to detect up to 15 faces per video frame. The software is capable of identifying an individual in less than a second, and notifications regarding positive matches are sent to the see-through display embedded within the lens.

iFalcon Face Control also allows its wearers mobility: no data connectivity is required for the software to function; users can carry or wear a portable base station which connects to the glasses and stores a database of ‘watch-listed’ individuals. Meanwhile, notifications sent to the built-in display frees up the wearer to interact with people or perform alternative tasks.

“At a noisy horse racing track there is a lot of excitement in the air as people came to see the race and to have a good time. While graceful horses are galloping along the track, kicking up clouds of sand and dust, and spectators are enjoying the race, one person stands out from a crowd, alert and concentrated, wearing glasses with a subtle red-light blinking. This person sees a bit more than any other track visitor does.

The glasses are part of a solution that can recognise over 15 faces in less than a second and detect a wanted person or those with previous wrong doings. This solution by Dubai-based company NNTC is called iFalcon Face Control Mobile and comprises AR glasses displaying the notification interface and a small bag containing a portable database server inside.

The whole set is powered by an eight-hour removable battery and does not need a network connection, which enables its wearers to float freely through the crowd and work across massive events. This go-anywhere device works in deserted areas with no Internet or satellite connections, in the sky when mounted on a drone, and even if the signal is jammed it will perform without failure.

Currently deployed across many GCC countries, this solution can benefit various security services. The camera glasses capture faces of those passing by, while the server checks the images against the database and notifies the wearer of any match via the AR glasses in the blink of an eye.

The algorithm is extremely good at recognising even disguised people wearing hats, glasses or covering their faces with a hand or veil. The key advantage of the algorithm is that it is never tired and instantly detects wanted persons with more than 97% recognition accuracy, even if a guard gets distracted for a split second.

iFalcon plays the role of an assistant to security officers and makes their lives easier by alerting them about any potential match against wanted lists, without distracting them from their primary duties. Once the system finds a match, it will display the photo of the person identified that is stored in the database as well as the photo taken by iFalcon on-site and the match percentage.

The solution was successfully tested on busy streets, crowded stadiums and popular markets, resulting in further iFalcon deployments across the GCC countries. Aside from AR glasses, the solution can be installed on drones, wearable cameras, mobile phones and cars.

Most common use cases of the iFalcon system currently include:

iFalcon undergoes regular system upgrades to increase and improve its functionalities, capabilities, and ease of deployment and to further improve the performance of security agencies in the GCC.”

Bitdefender to shine spotlight on IoT security at GITEX 2019 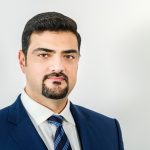 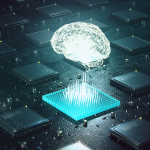