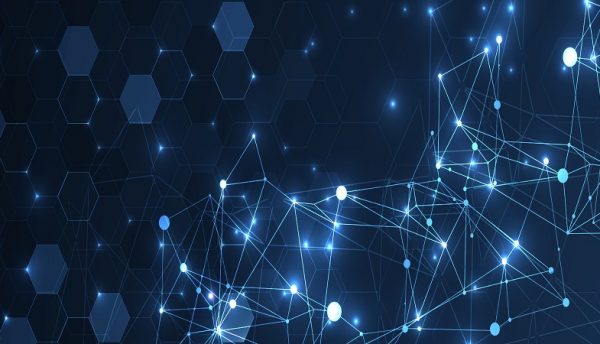 Headquartered in Jeddah, Saudi Arabia, Tamer Group is a 98-year-old conglomerate that has successfully served the pharmaceutical, healthcare and consumer sectors, including the fast moving consumer goods, beauty care and prestige products. The company’s core offerings and activities are in import, distribution, marketing, selling, promotion and manufacturing. In addition, the group has thriving businesses in logistics and warehousing, and investments in various industrial, trading, finance and real estate fields (Sukoon) in the Kingdom of Saudi Arabia (KSA).

Over the years, Tamer Group has grown its operations in KSA and today, it has seven branches across the country, over 3,000 employees and operations in other Middle East countries.

With the growth the company has seen, having secure, high bandwidth and network connectivity to connect the increasing number of users and locations is critical to the business.

However, with the increased footprint, the company’s networks were struggling to keep up with the rapid growth and business needs requiring the IT division to look for a wireless solution to connect its growing user based and locations across KSA.

Mohannad Al Jammal, Head of IT Operations and Network Infrastructure, Tamer Group, said the IT team was looking to deploy a solution that was easy to implement and cost-effective, but would also serve the group’s demands and requirements.

“It was clear to us that upgrading our wireless infrastructure was going to be critical to the future growth of the business. One of the big challenges we faced was the topography and the distance between our head office and the remote branches. Many of the locations are about 30 to 40 km apart. So deploying a wireless network that was reliable and stable in these harsh conditions was at the top of our priority list. In parallel, we needed to ensure that the new wireless network could provide high bandwidth that would not only support the existing business needs but also be future-proofed for demand over the next few years,” he said.

Al Jammal said the IT team decided on implementing a wireless point-to-point solution.

After considering options and conducting due diligence and evaluating a number of wireless solutions vendors, the IT team narrowed it to InfiNet and another vendor.

“After some initial comparative testing, it was apparent to us that the performance of InfiNet Wireless’ solutions was unrivalled. The deciding factor for us was the ability of the InfiNet Wireless solution to provide reliable high bandwidth connectivity in harsh conditions and over large distances,” he said.

He explained that after some initial comparative testing, it became evident to the company that the performance of InfiNet’s point-to-point solutions were unequalled. “What settled the matter conclusively for us was the ability of the InfiNet solution to provide reliable high bandwidth connectivity in harsh conditions and over large distances.”

He explained that it was clear that the Tamer Group upgrading its wireless infrastructure was going to be critical for the future growth of the business. “One of the big obstacles we faced was the typography and the distance between out head office and the remote branches. Many of the remote sites are about 30 to 40km apart,” he noted.

Al Jammal added that deploying a wireless network that was reliable and stable in these unforgiving conditions was at the top of the team’s priority list. “At the same time, we needed to ensure that the new wireless network could provide high bandwidth that would not only support the existing business needs, but also be future proofed for demand over the next few years,” he said.

Point-to-point wireless solutions are most cost effective than leased line and offer better speeds, with some of the latest models capable of providing gigabit speeds.

Working closely with United Horizons, InfiNet’s systems integrator partner in Saudi Arabia, Tamer Group conducted a proof of concept (PoC) at just one of the sites.

Enthused with the outcome, the company then went ahead and deployed InfiNet’s InfiLINK 2×2 5GHz Pro and Lite family of products across all 20 locations in Jeddah.

According to Tamer Group, for the critical connection between its data centre and head office, it deployed the R5000-Omx model as it could support speeds of up to 300Mbps over the 50km distance.

For connections between all other sites, the company installed the R5000-Smn and the R5000-Lmn InfiNet products.

Al Jammal reiterated that in addition to offering superior performance, the beauty of the InfiNet solution was the ease of deployment.

“The entire wireless implementation process took just three to four days and was completely managed by United Horizons. We have not faced disruption in services related directly to the solution,” he said.

He explained that one of the biggest benefits of the InfiNet solution has been the ability for Tamer Group to transmit significant volumes of business critical data between its various sites.

“The upfront investment for the InfiNet Wireless solution, when compared to other technologies, is slightly higher as obviously there are a lot of hardware costs. But over the long term, the total cost of ownership (TCO) is much lower. Implementing the InfiNet Wireless solution has also saved our IT resources a lot of time, as it has significantly reduced the amount of effort required to manage and maintain the network. While we do have the ability to monitor several parameters like performance, availability, bandwidth and transmission on a day-to-day basis, we have a service contract in place with United Horizons to take care of any problems with the network,” Al Jammal added.

The company currently depends on the InfiNet solution it deployed for the exchange synchronisation of the storage area networks (SANs) in its data centre and disaster recovery (DR) sites. “We consider the end users [our staff] as the customers of the Tamer Group IT division,” he said.

Another benefit according Al Jammal, has been the long term cost savings to the group.

He emphasised that implementing the InfiNet solution has saved the company’s IT resources a lot of time as the deployment has significantly reduced the amount of effort needed to manage and maintain the network.

“While we have the ability to monitor several parameters like performance, availability, bandwidth and transmission on a daily basis, we do have a service agreement in place with United Horizons, whose responsibility is to take care of any problems with the network,” he added.

To date, Tamer Group has managed to connect 20 sites through InfiNet wireless solution connecting through its head office in Jeddah, with between 10 and 50km distance between headquarters and various branches.

He added that the implementation of the InfiNet solution is part of a wider strategy at Tamer Group.

“I am pleased with the reliability and stability InfiNet’s solutions have brought to our network. Based on our experience with InfiNet, I am confident that as we expand our operations, we will depend on InfiNet solutions for our wireless network infrastructure. We endeavour to have a strong IT department which offers the latest technologies,” he said.

He pointed out that IT today is business driven and the IT team has a role to play and bring the technology to the organisation and serve other divisions well.

Looking ahead, the Tamer Group has completed a new warehouse and is working with systems integrator partner United Horizons to link this branch to the data centre at the company’s headquarters. 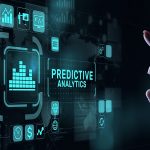 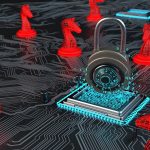 Outside the four walls of the data centre