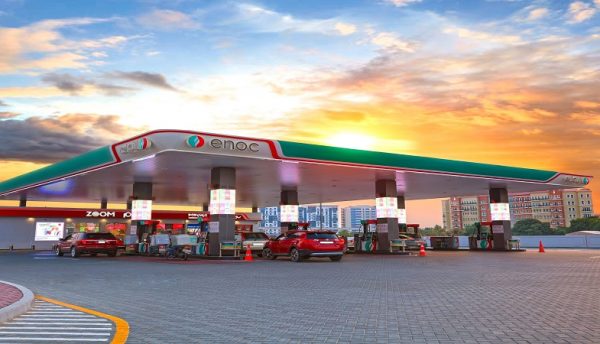 UAE-based energy firm Emirates National Oil Company (ENOC) Group, has announced plans to open 40 new service stations by the end of next year, which will increase its retail network to 192 stations.

The new service stations stated the company will feature new generation dispensers with retractable hoses to refuel cars on both sides.

According to ENOC, the fuel system has been designed to allow maximum safe flow rate as per the National Fire Prevention Association (NFPA) standards to reduce the overall refuelling time.

Supported by its auto tank gauging and electronic leak detection system, the fuel system is fully automated and reduces the potential for human error and the need for intervention.

The company said the expansion of the service station network reiterates the group’s commitment to support the nation in building a robust fuel retail infrastructure and will cater to the growing demand for fuel across the country.

HE Saif Humaid Al Falasi, Group CEO, ENOC Group, said: “As a leading energy player, we are committed to developing a robust retail infrastructure to serve the UAE for the next 50 years in alignment with the vision and aspirations of His Highness Sheikh Mohammed bin Rashid Al Maktoum, UAE Vice President, Prime Minister and Ruler of Dubai.

“Our promise is to ensure that customers have access to an uninterrupted supply of fuel as well access to best-in-class automotive and retail services. Despite the challenging times, we have demonstrated our resilience and remain committed to serve the nation.”

The group revealed that it also plans to build two marine stations at Dubai Harbour and Umm Suqeim to serve marine fuelling needs of boat and yacht owners. Both stations will be operational in Q4, 2020.

The new service stations will follow global best practices in retail fuel services in construction and automation standards and will be equipped with CCTV surveillance as well as automatic number plate detection cameras to ensure high security.

Other energy efficient features include the LED lighting system, which is not only environment friendly but also requires zero maintenance and safeguards against electrical and fire hazards. The lighting will help achieve 50% reduction in the station’s overall energy consumption. Further, the air-conditioning uses modern VRF technology to reduce energy use by 35%.

The service stations also have ZOOM C-stores, which offer customers over 7,500 products.