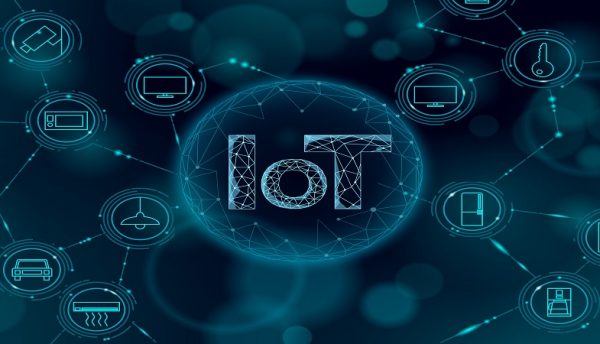 With Digital Transformation accelerating, the benefits the Internet of Things (IoT) can provide organisations, especially those reliant on data collected from Edge devices are substantial. Industry experts share insights on how IT decision-makers can increase their understanding of how IoT can be better integrated into existing systems while remaining scalable for growth opportunities.

The Internet of Things (IoT), is a system of interrelated computing devices, mechanical and digital machines, objects, animals or people that are provided with unique identifiers (UIDs) and the ability to transfer data over a network without requiring human-to-human or human-to-computer interaction.

A ‘thing’ in the IoT can be a person with a heart monitor implant, a farm animal with a biochip transponder, an automobile that has built-in sensors to alert the driver when tyre pressure is low or any other natural or man-made object that can be assigned an Internet Protocol (IP) address and is able to transfer data over a network.

MarketsandMarkets forecasts that the global IoT market size to be US$170.6 billion in 2017 and is expected to reach US$561.0 billion by 2022, growing at a compound annual growth rate (CAGR) of 26.9% during the forecast period.

Jim Holland, Regional Director, Africa, Lenovo Data Centre Group, said while Africa may be a developing continent, it has shown great promise and opportunity in the past decade. He said this, of course, can be seen in the continent’s eagerness to transcend into the Fourth Industrial Revolution.

Holland added that IoT has grown in both supply and demand – especially with COVID-19 now accelerating the continent’s deployment. “This can be seen in the continent’s growing demand for smarter financial systems and more stable telecommunications operations. The truth, however, is that deploying IoT at scale can be quite an intricate task. Africa has, however, shown it’s agility and eagerness regarding IoT,” he said. “This can be seen with Kenya’s investment in IoT networks and base stations as well as Nigeria’s rollout of IoT networks powered by Ingenu’s Random Phase Multiple Access (RPMA) technology.”

van Rensburg, said the ability of machines to communicate and evolve to become a more intelligent device coupled with the advent of connected devices and platforms drives digitisation of the manufacturing arena.

“IoT, supervisory control and data acquisition (SCADA) and Industrial IoT (IIoT) are transforming manufacturing by allowing for a connected experience that has streamlined and simplified many manufacturing processes,” he said. “This will become a critical technology to enable the continent to embrace a digitally transformed landscape in Africa.

Van Rensburg said even though CIOs are open-minded and embrace the fast-paced change of digital technology for IoT to be implemented correctly, there are several factors to consider.

He said one of these is laws and legal frameworks to support data-driven technologies and innovation-driven growth. He said with the right mix of policies, CIOs can reap the benefits of IoT and AI in the years to come.

“An IoT environment delivers more intelligence on the assembly line or in the manufacturing process. Furthermore, it allows for data analytics to be captured and used to provide feedback, advanced notifications, state of health and other forms of reporting to improve the process throughout manufacturing operations,” he said. “All these elements become vital enablers in developing economies across the continent. CIOs must therefore take the time to integrate IoT into existing technology roadmaps.”

Andreas Bartsch, Head of Service Delivery, PBT Group, said given developments of the past year with the pandemic and resultant lockdown conditions, companies have accelerated their Digital Transformation roadmaps. “What would likely have taken months to rollout, happened in the space of a few weeks given the need to enable a distributed work environment,” he said. “In this rush to adopt new technologies, there is inevitably a high degree of risk. When it comes to IoT rollouts as the means to capture data as close to the source as possible, many companies would not have done a lot of work on a basic benefits framework.”

Bartsch said CIOs must realise the influx of data driven by IoT devices at the Edge and to this end, they must develop strategies that can harvest this data and analyse it in ways that hold meaning for the organisation.

With some CIOs and IT teams facing of challenges when implementing IoT technologies in their organisations, industry pundits recommend that they need to loot at several considerations before deciding on the best solutions suited for their environment.

Holland said when deploying IoT technologies there are several factors which have to be taken into consideration. “These include finding and retaining the right skills. There has been a massive increase in new technologies like AI, Machine Learning, data science etc, so having the right talent and staying current is extremely important,” he said. “Making sure that your IoT environment is secure from the far Edge to the core to the cloud and being able to address security threats proactively is critical. In addition, being able to maintain and update IoT strategies frequently and building an eco-system of trusted partners who have the experience in deploying IoT technologies across at least one or more verticals is important.”

Tamer Odeh, Regional Director, SentinelOne, Middle East, said although IoT technology has its benefits, it presents significant challenges for CIOs and IT teams. “With the adoption and use of IoT technologies rapidly increasing and IoT devices having various applications in business, from being used in sensors and printers to cameras and virtual assistants, one of the major challenges that CIOs and IT teams face is the tendency for businesses to engage in data-hoarding as each of the IoT devices can collect large amounts of data, resulting in a proliferation of data,” he said. “CIOs and IT teams are tasked with deciding how to analyse and store data efficiently. In addition, IoT devices greatly increase the security challenges of defending corporate networks. Most IoT devices come with little or no built-in security capacities, so each of these billions of endpoints generates a vulnerability for hackers to enter otherwise secure enterprise operations.”

Van Rensburg said an organisation must ensure that its current systems are compatible with IoT requirements and that IoT is integrated without impacting on existing operations. “For an organisation to successfully implement Industry 4.0 strategies and programmes, they must have a base set of data and maintain a constant source of relevant data to ensure that AI can be helpful in their selected industry,” he said. “This makes the integrity of the IoT data capture point imperative for success. The adage ‘garbage in, garbage out’ applies in this regard. If the Edge device cannot capture data accurately or captures the wrong data, then the AI processing will be wasted.”

IBM’s Holland said an industry vertical that has grown in popularity over the past few years is that of financial technology (FinTech) sector. “Companies of this nature utilise the Internet, algorithms and software technologies to offer financial services to entrepreneurs, everyday consumers both banked and unbanked and small/medium enterprises,” he said. “In short, FinTech organisations provide services that would usually be typically available within a traditional banking branch. Therefore, services such as loans, payments, investments and wealth management are now available through this industry vertical through the assistance of IoT.”

Van Rensburg said in addition to manufacturing, other verticals that IoT will impact are agriculture and health. “By combining IoT with AI, the agriculture sector can benefit from optimal harvests to get advice on the best time to sow depending on weather conditions, soil and other indicators,” he said. “Agriculture can use these technologies to identify healthy and unhealthy crop, thereby triggering when pesticides should be sprayed with accuracy. From a health perspective, by analysing health and testing data patterns collected by IoT devices, AI can be critical for faster and more accurate diagnoses. Using image recognition and classification AI models, health professionals can now identify the right tumour or cancer in seconds as well as the stage it is in.”

While IoT adoption in Africa faces many hurdles at present with Internet penetration rates still low, there are some countries which are leading the way despite these challenges.

According to Van Rensburg, Africa’s lack of infrastructure, expensive hardware, and limited technological background are all issues impacting IoT deployment. “Further complicating matters is bad connectivity and unreliable electricity supply,” he noted. “If IoT is to be successful, especially in rural areas, four issues must be addressed: more extended range for rural access, the cost of hardware and services, limit dependency on proprietary infrastructures and provide local interaction models. Mobile connectivity in rural areas is very costly for IoT devices. Instead, short-range technologies can be used by administering multi-hop routing.

He pointed out that despite these and other challenges, Mauritius, South Africa, Seychelles, Rwanda and Kenya have been addressing IoT as a priority.

Looking ahead, industry experts believe IoT will impact the future of virtually every industry and every human being not only in Africa, but the rest of the world. As part of this, AI has acted as the primary driver of emerging technologies like Big Data, robotics and IoT. IoT technology will continue to work as a technological innovator for the foreseeable future in Africa.

Building a cybersecurity strategy for the long haul 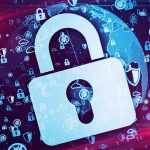 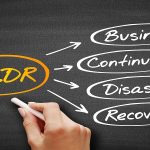