Regaining control of CNI in the face of cyberthreats

A cyberbreach on Critical National Infrastructure (CNI) could have a catastrophic impact on the national economy. Joseph Carson, Chief Security Scientist at Thycotic, explains the impact of CNI attacks and how to regain control.

BeyondTrust research finds 77% of critical Microsoft vulnerabilities can be mitigated 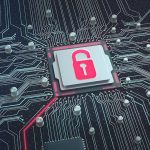 WHO reports fivefold increase in cyberattacks