Infovista, a leader in modern network performance, has announced it has shipped its 1,000th upgrade for its TEMS investigation platform to allow operators to test Dynamic Spectrum Sharing (DSS). This innovative technology lets operators take advantage of existing 4G infrastructure to deliver initial 5G capabilities, without compromising the performance of existing customers.

DSS was made available as part of 3GPP Release 15 in April 2019 and is now supported by leading infrastructure providers including Ericsson, Nokia, Huawei and ZTE through a software upgrade. With DSS, operators can allocate portions of the 4G LTE spectrum that they are already using to 5G NR, allowing users to coexist in the same frequency band/channel at the same time. Last month, the first wave of handsets with new Qualcomm X55 5G modem and Exynos 990 chipsets supporting DSS arrived in the market – further fuelling interest from operators.

“DSS offers a simple way for mobile service providers to bring new 5G users on board gradually to match their adoption models, while continuing to support legacy 4G customers,” said Jose Duarte, CEO for Infovista. “In the past, when operators wanted to upgrade to a new technology, they would have to do Spectrum Re-farming, moving old users off a part of the spectrum and reserving the block for new users, even if they were limited in number. DSS instead offers an easier transition but there is still a need for testing to ensure the process is seamless.”

Get to Know: Andrew Stevens, President and CEO, CNet Training 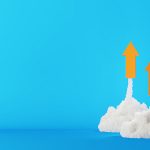