As an alternative to cash, the Bank of Jamaica, BOJ, plans to test a digital currency later this year.

The central bank digital currency, or CBDC, would be additional to banknotes and coins. It will be backed by the central bank as legal tender and will be tenable only in Jamaica.

The pilot or test phase will begin in December under the BOJ’s sandbox programme for fintech innovations. However, it may be another two years or more before the digital currency is formally put into circulation.

The CBDC will not be tradeable against physical cash, as is the case for cryptocurrencies such as bitcoin, which can be exchanged for hard currency at a transacted value. That’s due in part to the differences between a digital currency, which is backed by a central bank and government, and a cryptocurrency, which is privately issued, generally not backed by a central authority and does not perform all the essential functions of money.

Electronic payments in Jamaica topped US$7.3 trillion last year. The introduction of digital money would become the latest means to facilitate greater financial inclusion through technology. 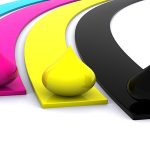