Scam damages in Australia have been steadily growing in the last four years. However, last year’s losses surged by more than double. The reason being, millions of people shifted towards remote work and, in turn, created many new attack vectors for cybercriminals.

According to data presented by the Atlas VPN research team, Australians have lost over A$176 million to scams in 2020. In total, Aussies reported more than 216,000 fraud cases, with 10.7% of the reports including financial losses.

Rachel Welch, COO of Atlas VPN, said: “In general, the year 2020 was a rollercoaster ride. However, cybercriminals used this commotion as an opportunity to find new ways to scam panicking citizens.”

The year 2020 was a record year in terms of monetary losses and the number of scams in Australia. Aussies lost A$97 million more in 2020 compared to 2019, representing a 123% increase. 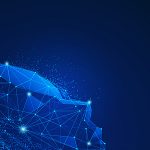