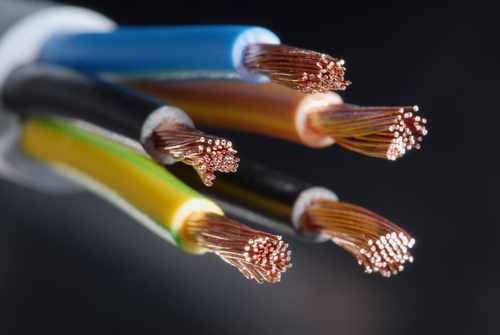 The impact of IEEE 802.11ac on copper cabling systems

Access points based on 802.11ac Wave 2 will add more users and more bandwidth to the wireless network. Like all legacy Wi-Fi standards, 802.11ac Wave 1 allows access points to send multiple streams to only one client at a time, which means fewer flows on the network, explains Paul Cave, Technical Manager, Excel Networks.

The current generation of 802.11ac Wave 1 products that have been certified by the Wi-Fi Alliance since mid 2013, deliver a three-fold increase in performance. This is driven by a doubling of channel bandwidth to 80MHz, the addition of a more efficient 256-QAM encoding technique and explicit transmit beam-forming to improve signal quality.

Wave 1 802.11ac supports multiple streams to the same client much as 802.11n did (MIMO). The major change in Wave 2 802.11ac will introduce multi-user MIMO where an access point (AP) transmits simultaneously to multiple clients or a single radio can transmit multiple simultaneous conversations to different clients.

Bear in mind that the conditions required for the highest rates – 160- MHz channels, eight spatial streams – are not likely to be implemented in any chipsets in the near future due to design complexity and power requirements.

Now is the time many organisations are looking to move ahead with 802.11ac Wave 1 products that deliver 3X the performance of the prior 802.11n generation. Some are even looking towards the 802.11ac Wave 2 products that are just starting to emerge. If this isn’t enough to convince you of the size of the potential impact, the following data might give an indication of the scale of change.

The impact on cabling infrastructure

The first point to highlight is the cabling standards recommend that any new cabling installation should be able to support two full hardware technology upgrades.

Therefore any cabling infrastructure needs to support a wireless LAN for much longer than the lifetime of any particular generation of access points. With the second wave of 802.11ac, the speed will rise to 1.7 Gbps in 80 MHz channels and may be as high as 3.5 Gbps, if 160 MHz channel support is introduced. With these speeds, a single gigabit link will probably be no longer sufficient.

Therefore any new cable installation required for the first-wave 802.11ac deployment, could possibly still exist using a Category 6 system, however many specifiers are now laying the foundation for the second wave and beyond by installing two Category 6 cables to each AP location.

Whilst at this moment in time it still makes financial sense to utilise two 1Gbps switch ports, purely on the basis that the cost of these, including the cabling infrastructure, is still considerably less than trying to utilise a 10Gbps switch port. However this will probably change in the next 3-5 years according to all forecasts when we start to see commoditisation of the technology.

The other hurdle at this moment is the Ethernet ports on the APs themselves are still 1Gbps and will probably stay that way for the next few years, until Wave 2 is mature and the cost of the 10Gbps ports come down to a reasonable level.

Power options for 802.11ac in the most part, is unchanged from previous generations of wireless LAN access points. However, some vendors require the additional power provided by 802.3at (PoE+), which provides up to 25.5 watts at the end of a full-length Ethernet cable. 802.3at power is provided by many newer edge switches and can be added onto existing networks by using mid-span power injectors.

Alternatively, some products have the ability to draw power simultaneously from multiple Power over Ethernet (PoE) connections, which enable these products to add two 13-watt 802.3af sources together for higher power draw. In most cases, the cost of running a second cable to existing AP mounting locations is negligible if it is part of a new cable installation, however the level of disruption and cost could be prohibitive if this was part of a retrofit upgrade.

Finally enthusiasm for bring-your-own-device (BYOD) programs is based on the productivity increases that flow from putting information quite literally in the hands of users.

Designing a technical architecture for a BYOD program is a book topic in itself; however it is leading to a requirement to build a network that requires a significantly higher level of service due to increases in device density. 802.11ac will not only have a major impact on the corporate network it will certainly effect the cabling infrastructure that supports it.

As far as the cabling infrastructures are concerned the days of running just one Category 6 cable to an AP location is over, many organisations are now planning at least 2 x Category 6 cables to support both the data requirements as well as the PoE, some are even planning further ahead by installing Category 6A at high level and Category 6 to the desktop.

*This is an extract article taken from an article in the February issue our sister publication, Inside_Networks_ME. Please see https://www.joomag.com/magazine/inside-networks-me-february-2015/0349720001423472647?short 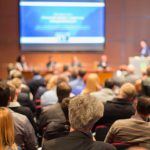 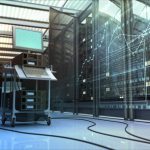