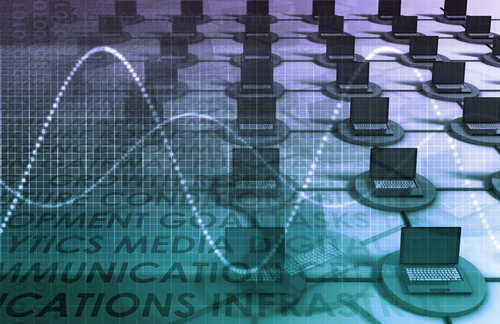 What exactly is the new IP?

The building blocks of The New IP will be software-based and will create a new virtualised network services layer, writes Yarob Sakhnini, Regional Director, MEMA, at Brocade.

Operators of traditional IP networks are realising they now need new flexibility and fluidity in network topology and architecture. There is new demand for massively scalable networks, driven by the mobile data explosion, the popularity of cloud-based services, the rise of big data and the accompanying analytics and the advent of the Internet of Things.

This is the realm of The New IP. To create more fluid networks, operators are embracing the disaggregation of the control and data planes to allow for centralised orchestration of network resources. Virtualisation in the form of software-defined networking (SDN) will make it possible for networking to be an on-demand resource and for precious capacity to be used in the most efficient way.

To deliver new services more quickly, network operators are looking beyond the function-specific hardware that has made their legacy IP networks reliable but also inflexible and expensive, toward network functions virtualisation (NFV).

The New IP is…

A new way to architect networks. New IP is an industry term that refers to a relatively new class of IP networking gear (hardware & software) that allows companies to build programmable networks to innovate more rapidly at lower cost.

Defined by its characteristics. New IP is open, highly virtualised, software-centric, vendor agnostic, automated, flexible and scalable; it also makes liberal use of merchant silicon, to cite just a few of its hallmarks.

A lower-cost option. The purpose of New IP is to support rapid service innovation and user self-service at a lower cost than traditional IP networks.

Without borders. New IP has no network “edge.” In the New IP environment, the edge is redefined as a set of activities where the user interfaces and executes an application, whether mobile or fixed.

Applicable to all users. New IP is not limited by user type; with New IP, the hardware and software are combined to meet the needs of the specific environment. This allows each user to move at its own pace, starting at the edge or in the data centre depending on where the most value can be created.

An industry effort. New IP is not the exclusive domain of any one vendor or geographic market; it is a class of gear (hardware and software) that is being promoted and sold by vendors globally.

The next step in the evolution of IP networking. New IP will support rapid innovation in business models and services for the next 20 years.

New IP is not…

Exactly new. New IP, as a market segment, has been emerging over the past few years. Thanks to advances in networking, the New IP segment is starting to gain traction globally, hence the “new” reference.

A redefinition of the actual Internet Protocol. Let’s be clear—New IP is not an attempt to rewrite the original IP protocol. Rather, it is an industry term that refers to a relatively new class of networking gear (hardware and software) now emerging.

Old IP. We define Old IP as the classic version that debuted in the mid-1990s. Old IP networking is based on a proprietary (closed), vendor-specific and driven business model that relies heavily on expensive customisation. It was never designed for high virtualised environments, M2M traffic, hyper scale, rapid service innovation, and self-service delivery models. New IP does all that, and more.

A product. New IP is an industry term that refers to a relatively new class of IP gear (hardware & software) that is architected in a way that makes the resulting network programmable, scalable, open and cost effective.

The exclusive domain of any one vendor. New IP is an emerging segment of products (hardware and software) sold by a number of networking vendors globally.

A marketing campaign. New IP is a class of gear (hardware and software) that incorporates advances in networking technology over the past 20 years to turn the core IP protocol into an efficient workhorse for users. 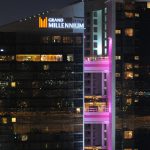 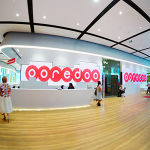