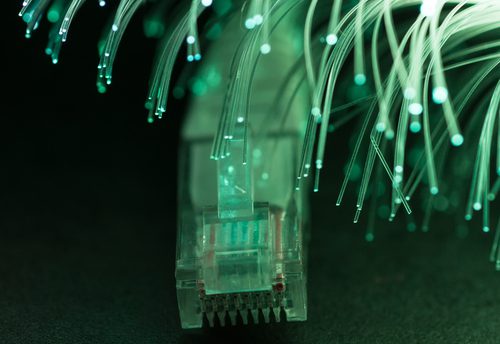 The new IP – Getting started in the data centre

The New IP allows you to take evolutionary steps to achieve revolutionary results. So, where do you start? There are two basic components to a New IP network: The overlay and the underlay. Many feel that the overlay is a bit more complex than the underlay, but you can gain benefits from either component alone, or eventually both together, writes Yarob Sakhnini, Regional Director, MEMA, Brocade.

In terms of the underlay, every network ultimately needs to move data and forward packets. And if you’ve virtualised your compute environment, like just about everyone else, you need a packet underlay that lets you get more out of that virtualised compute system.

In fact, you need to be able to track the VMs as you move them, monitor traffic between them, and troubleshoot everything. This is a very hard problem to solve with old IP networks, but it’s much easier with New IP networks. In fact, a New IP underlay will make a current VMware environment run better, while also paving the way to a new software overlay.

The right underlay network is essential to the New IP and an agile business. Ethernet fabrics are the most often recommended underlay architecture. A fabric-based underlay increases agility by reducing complexity and increasing automation. Fabrics are agile and automated, and they easily scale up and out, adapting to handle instantaneous changes in traffic flows, flow sizes, packet sizes, and protocols.

There are five must-have features with any fabric:

1.    True democracy: Every switch is equal to every other switch – the architecture is flat, without hierarchy, so that there is no single point of failure.

2.    Distributed intelligence: Every port is aware of every other port. This means you can move workloads with their associated characteristics—called Automatic Migration of Port Profiles (AMPP)—without the need for time-consuming, labour-intensive, and error-prone manual network reconfiguration.

3.    Native automation: Fabrics should be built from the ground up for automation, making them five to ten times faster to deploy than individual elements and providing a wide range of additional capabilities such as AMPP, zero-touch provisioning for VMs, and network self-configuration.

4.    Absolute persistence: This means optimising and maximising the flow of traffic throughout the fabric. You can lose a port, or a whole switch, and the fabric will react in real time and balance itself. You get transparent interconnection of lots and lots of links.

5.    Speed: There is no compromise between scale and latency. Fabrics take the most efficient path, automatically and continuously. Fabrics combine hardware performance with software programmability.

Building an overlay with a top-down approach

In terms of the overlay, it begins with Network Functions Virtualisation (NFV), which transforms routers, switches, firewalls, load balancers, application delivery controllers, and other physical equipment with software versions that run on x86-based hardware. NFV reduces CapEx and OpEx while making it easier to scale resources as needed.With NFV, services become mobile.

You also need Software-Defined Networking (SDN), which provides the tools to manage and control the network services and infrastructure, whether it has been virtualised or not. OpenDaylight is an open source SDN initiative that allows you to visualise, control, provision, and centrally manage resources.

But the network is only one important part of the infrastructure. You have compute and storage as well. And that’s where orchestration comes into play. OpenStack, an open source protocol for the orchestration layer, can provide the same benefits of OpenDaylight at the network layer across compute, data, and network resources.

In addition, because you are likely to have a multi-cloud environment (private and public) you have to make the clouds work together in a predictable, scalable, and manageable way. OpenStack orchestration provides that ability, allowing orchestration to stretch across the entire environment.

If you prefer to start small, focus on the underlay and just make sure every network device you purchase is SDN-capable and manageable by OpenFlow. Even if you don’t use the programmability of SDN today, it will be there for you in the future.

What about the Network Edge?

With the New IP, you can virtualise just about any network service, so this wrapper of policy can be anyplace. This is where virtual edge software and services fit into the picture, often called virtual Consumer Edge (vCE) in Communication Service Provider language, or virtual Customer Premise Equipment (vCPE). For example, consider replacing your stack of equipment, such as physical routers, firewalls, and/or load balancers, at remote offices with a suite of software instances running on existing servers at any site and manage it remotely.

One immediate benefit of this architecture can be path optimisation right at the branch location using a virtualised application delivery controller, dramatically reducing monthly MPLS/Ethernet backhaul costs to the data centre. This savings alone can more than pay for the server and virtualised network services at each site. After you have the New IP edge in place, it becomes a platform for self-service delivery to further reduce costs as well as a platform for new service innovation.

The point is, there are many ways to get started on your journey to the New IP, including overlays, underlays, data centre fabrics, and the new edge. Each can deliver strong business value today, alone or in combination. 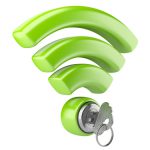 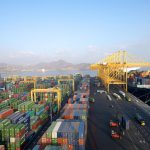