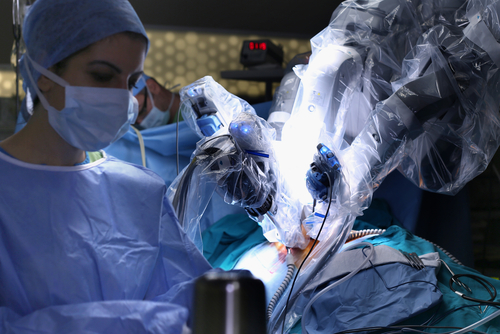 Technology promises to herald astonishing advances in healthcare, but delegates to the Knowledge Summit 2016 were told that the rapid pace of change posed ethical and legislative challenges.

Daniel Kraft, a Stanford- and Harvard-trained physician-scientist, inventor, entrepreneur and innovator, kicked off by saying: “Technology will change whole premise of healthcare.”

“In the US,” he said, “most of healthcare spending is on 20% of the population with chronic conditions.” Technology, he said, offers a route out of that, with wearables and monitoring Apps introducing a new field of preventative medicine. “Smartphones today are healthcare platforms,” he said. “They connect the dots between doctors, between patients and pharma.”

But he warned that human minds still struggle with the sheer pace of change … the world is actually moving at an exponential rate, but  we’re still looking at it as linear.  He said the next big step would be a full “Uberisation” of healthcare. “Uber did not invent GPS, or online payment, or anything else that makes it function,” he said. “Uber saw what was already there, and simply connected the dots.”

Uberisation, he said, was already already here. “In the US ,there are 5 uber-style healthcare Apps. You press a button, a doctor shows up,” he said.

Wearables, he said are already evolving into “insidables”, such as contact lenses that measure blood sugar. Then there are ‘trainables’ to correct things like posture; ‘shockables’  that provide direct input; “hearables”, “ringables” and more.  All this, he said, is creating terabytes and terabytes of data.  “The big challenge, is what do we do with this data?”

He said a streamlining is inevitable – we won’t want 10 devices, or 10 apps. They need to be integrated – “In a car engine we have dozens of sensors, but the only one we care about is the check engine light,” he said. This data, once streamlined, can integrate with our healthcare records, and even with automated homes – providing you with your own “check engine” light, or telling you to watch your weight, or when to take medication.

Ultimately, he said, advanced artificial intelligence will be monitoring all these data streams, and making accurate diagnoses on your behalf. “Artificial intelligence won’t replace doctors, but it will augment them,” he assured. As for the data itself, he said that ownership could prove to be a legal challenge. “I personally argue that we should all own our personal health data,” he said.

Hugh Herr, Associate Professor, Media of Arts and Sciences, Health Sciences and Technology, MIT Media Lab, agreed that legislation was among the biggest challenges brought about by the fast pace of change in medicine. Regulation would struggle to keep pace with advances, not just in terms of licencing new drugs and technologies, but also on the ethical side.

His expertise is bionics – the integration of living tissue and synthetic devices, which he said had the capability to fundamentally change what it means to be human – something that society may be unprepared for. “Bionics is the design of constructs attached to or inside the body that extend human capability,” he said. This can mean restoring abilities to the disabled, but it can also take  humans way beyond their normal capabilities.”

Herr speaks from experience: a double amputee who lost both legs below the knee in a climbing accident, he says he has “hacked” his body to give him capabilities far beyond normal people. “I now climb better than I did when I had legs,” he says. “Other climbers have threatened to chop their own legs off to compete with me better!”

Technology has freed me from the shackles of disability,” he said.  “And I firmly believe, in the next decade, we will largely solve paralysis.”

Mohamed Ghoneim, Professor Emeritus of Urology at Mansoura University, Egypt, predicted advances in nanotechnology and biotechnology would transform healthcare. In the nanotechnology field, he cited the pioneering work of the Egyptian-American scientist Mostafa El-Sayed in using gold nano-particles to target, and eliminate, cancer cells.

Robotic surgery, he said, was also being miniaturised, requiring one tiny hole where before a major incision would have been needed. In biotech, he said that healthcare had advanced greatly from the discovery of DNA in the 50s, through to the first genome sequencing in the late 1990s, to the present day, where gene therapies and gene splicing now offer real treatments to conditions ranging from haemophilia to type 1 diabetes. 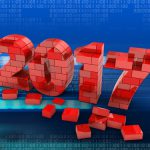 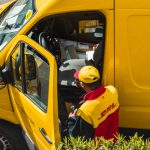