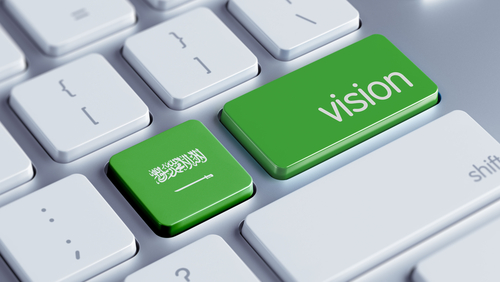 With Saudi Arabia’s National Transformation Program (NTP) estimated to drive spending of SAR 42 billion on related initiatives in 2017 alone, International Data Corporation (IDC) has published an in-depth analysis of the program and its anticipated impact on the kingdom’s economy and broader society. Titled ‘Envisioning an ICT-Led Approach to the National Transformation Program for the Kingdom of Saudi Arabia’ , the report also examines the global trends that are driving the goals of both the NTP and the kingdom’s overarching Vision 2030 initiative.

Vision 2030 sets out a long-term economic blueprint for reducing Saudi Arabia’s dependence on oil, strengthening the nation’s economy, attracting investment, and improving the lives of its citizens. In line with this, the NTP provides relevant government departments with a detailed roadmap – including regional and global benchmarks, performance indicators, and expected outcomes – for achieving the goals set out by Vision 2030. This economic transformation will be strongly supported by the kingdom’s investment in digital transformation, spanning all vertical markets across both the public and private sectors.

“Saudi Arabia’s leadership has taken the unique step of articulating a clear vision for the country by drafting a comprehensive strategic plan for future-proofing the kingdom’s economy,” says Hamza Naqshbandi, principal analyst at IDC Saudi Arabia. “Enabling digitalisation across all sectors of the economy will be central to achieving the milestones laid out by the NTP, and the mere existence of this program is confirmation of the kingdom’s unwavering commitment to driving change. To this end, both Vision 2030 and the NTP have the potential to cement Saudi Arabia’s leading position long into the future, even as global markets continue to experience uncertainty.”

In recent years, IDC has increasingly been tracking global trends such as the rise of smart cities, the integration of emerging technology into healthcare, manufacturing, transport, and other industries, and the use of ICT frameworks to empower public-private partnerships and maximise return on investment. And while many countries are embracing such transformation, Saudi Arabia has gone a step further by producing an innovative, holistic strategy that goes into great detail and builds on established best practices to provide a strategic implementation plan that will significantly increase the chance of success.

The IDC report analyses the progress of digital transformation in the kingdom and assesses the potential impact of technology on the new programs outlined by the NTP. It outlines the ways in which digitalisation can enable the goals of the NTP, juxtaposing the current situation with the future possibilities. The report focuses on the visions, initiatives, and programs planned for key areas such as healthcare, tourism, logistics, and the SME segment, serving up a commentary on best practices from around the world and providing invaluable guidance for key stakeholders.

“Vision 2030 and the NTP represent a profound opportunity for Saudi Arabia to transform its institutions and economy, led by HH Mohammed bin Salman and the efforts of numerous public sector entities,” says Hamad AlSaghir, country manager for IDC Saudi Arabia. “IDC has a longstanding commitment to the kingdom, and we look forward to supporting the transformation of its economy by leveraging our global expertise, strong in-country presence, and deep understanding of local ICT nuances.”

IDC’s report, ‘Envisioning an ICT-Led Approach to the National Transformation Program for the Kingdom of Saudi Arabia’ , was sponsored by Wareef, Hewlett Packard Enterprise, Mobily, and Dell EMC. To download the report, please visit www.idcntreport.com. 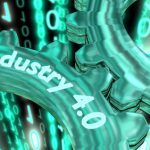 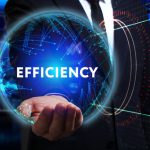