When one of the oldest broadcasters in Egypt feared it was being left behind because of the change in viewing habits caused by the rise of mobile devices, its management sought to find a way to get up to speed with the digital revolution. The Egyptian Radio and Television Union was determined to use the Internet to reach all sections of society and set about selecting a dynamic infrastructure and a robust platform.

Public broadcaster Egyptian Radio and Television Union (ERTU) was doing well as one of the oldest and most important broadcasters in Africa but its management feared it was being left behind by the digital revolution.

To remain competitive, ERTU management wanted to introduce new services, such as on-line streaming and video on demand.

So the broadcaster, in partnership with the Egyptian Ministry of Communication and Information Technology (MCIT), turned for help to the Egyptian managed service provider Link Datacenter, the Egyptian development house Link Development and Microsoft Azure.

As a result, ERTU is now running an infrastructure-as-a-service (IaaS) environment on Azure to provide new digital services in a secure, stable environment and has already realised an increase in revenues and a significant reduction in costs.

ERTU has provided culture, arts and heritage programming to Arabic-language speakers since 1934, and has been a regional leader with a global reputation. It broadcasts on more than 20 TV stations and more than 40 radio stations in almost all languages in the Middle East region. Among its holdings are a number of leading media companies, such as Sono Cairo, Egyptian Media Production City, Nile Sat and Nile Radio, as well as several global partnerships.

But changes in media consumption, in particular, the changing habits of a modern audience used to social media and mobile devices, had affected its position and persuaded management that it was time for a new direction. Specifically, ERTU wanted to stop losing money because of the loss of viewers, listeners and advertisers to other broadcasters.

The solution seemed clear – find a way to provide a superior experience for viewers and enlarge the customer base. But it was important to management that the solution be practical in the context of an economy struggling with inflation. So, management focused on these objectives:

Khaled El Attar, Director of Informatics for the Egyptian Ministry of Communication and Information Technology (MCIT), the Egyptian government ministry that serves as a technical advisor for all governmental sectors, said: “The vision was, let us use the Internet to reach every single place, so Egyptians can have access. We are also trying to use technology to improve services, so students in Kindergarten through Grade 12 can have good access to the library using the Internet.”

“We really needed a dynamic infrastructure and a robust platform,” says El Attar. “That’s why the choice was Azure.”

Microsoft Azure fitted the bill on all counts, especially because of how it manages open source options and because of its resource flexibility. And it came highly recommended by MCIT, which financed this project and co-managed it with ERTU. Management was especially impressed with the capabilities and cost-effectiveness of Azure.

Azure was also the perfect antidote to one underlying problem of being a government enterprise – procuring new hardware and licenses can take months. Azure changes all that.

“Now, when they finish a project they don’t have to procure anything, they can be on air the next day,” says El Attar. “Azure for us was really magic, because we don’t have to wait for nine months just for the procedure and the bureaucracy of buying through the government processes.”

ERTU and MCIT chose sister Egyptian companies Link Datacenter (LDC) and Link Development to consolidate and manage the complex infrastructure on Azure and develop critical solution components. LDC is known regionally for its experience in cloud solutions, particularly Azure, and Link Development is a global, award-winning Microsoft developer of business solutions and digital services across the Middle East.

The Link Development team concluded the journey with developing a custom video on demand (VOD) platform. The platform acts as a backend that, together with the portal, receives encoded content from a big number of radio and television channels for thousands of concurrent users with inclusive protocols and video formats, with around- the-clock monitoring. The cost of Link Datacenter encoding services was seven times less than that of a previously recommended provider.

The development, staging and live production environments were consolidated, deployed and hosted on Azure, backed by Azure Site Recovery. The set-up, security, performance and back-up of the entire infrastructure is managed by Link Datacenter, which is also acting as second-tier support for the entire project.

The result is a custom video-on-demand (VOD) platform that acts as a back end. Together with the portal, the platform receives encoded content from radio and television channels for thousands of concurrent users with inclusive protocols and video formats, with round-the-clock monitoring.

And although El Attar admits to reservations in general about open source solutions, he speaks highly of how well this one was managed by Azure.

“Instead of months this project took just a few weeks, because of Azure’s handling of open source,” says El Attar. “It was because we did testing on Azure as well. We planned it with Azure in place from day one, so it was not disruptive.”

The ERTU portal isn’t new: ERTU had several small websites using several different technologies and content management systems. The idea was to make all these scattered websites into a unified portal with the same look and feel and with the same technology, support and hosting.

Before this solution, ERTU struggled with on-line streaming stability and had difficulty managing the level of quality. Now, the broadcaster has stable AV streaming and can use the VOD capabilities of Microsoft Azure. ERTU audiences can now use a single portal with all the services in one place.

ERTU management and El Attar believe the project was successful because the vendors and the partners involved acted as one team. Managers are especially happy with Azure, because there is no bottleneck in its resource availability which means needed resources are available to cover peaks or unexpected business needs.

“Our digital economy is growing strongly,” says El Attar. “The government is undertaking critical digital transformation initiatives across the board. We have succeeded in affecting a disruptive change in ERTU with the help of the Link family (ERTU’s managed service and development partners), who refreshed a complex infrastructure from scratch and implemented new mission-critical solutions. Now running on Azure, ERTU can roll out new media services and products anytime through Internet, smartphones and tablets. Link Datacenter impressed us with digital mastery on Azure, proactiveness and flexibility in managing customer needs and innovation in the face of technical challenges.

“It went perfectly well because we instituted a collaborative model,” said El Attar. “So I don’t care who is the technology provider, who is the hosting technology provider. We need to have the best of breed in our solutions and the relationship between IBM and Microsoft was not an obstacle at any point in time.”

ERTU can now monetise media services and generate new revenue streams and most of ERTU’s channels are now available for live streaming. The broadcaster has reduced the cost of worldwide satellite broadcasting and the solution is user-friendly.

“A new stream of revenue is wide open with the agile audio-video on-demand services that Link Development and Link Datacenter crafted on Azure along with greater opportunities to provide more services, sell more advertisements and facilitate the service to end users,” said El Attar.

ERTU can now reach users who couldn’t be reached before and, using portal features, the broadcaster can get more information about end users and what their media habits are.

“On Azure and with Link Datacenter managed services, we have laid the groundwork for solid, sustainable, and scalable digital growth and competitiveness,” said Mohammed Salama, General Manager, Computing and Digital Media, ERTU.

With the solution in production, ERTU is now planning further improvements with the help of Microsoft and its partners. One planned improvement is to ‘dockerise’ the platform, which means using Docker containers to further enhance compatibility of the various open source components of the solution and to re-architect the solution for micro services. 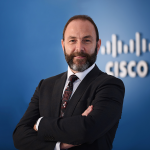 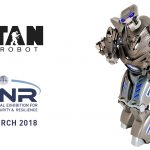