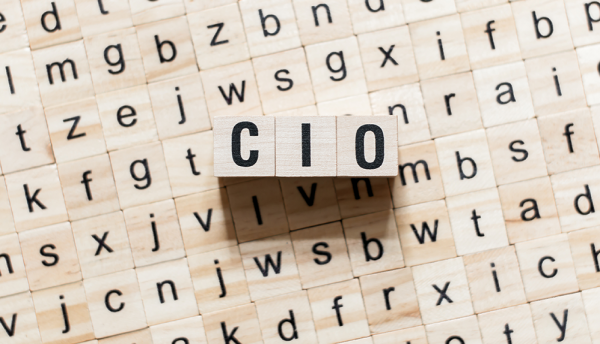 Top-performing CIOs are focusing more on business leadership and the goals of the customers, employees, and other business functions, rather than technology operations, according to new research from ServiceNow.

The global survey of 516 CIOs, conducted by Oxford Economics, examined the most important capabilities for the modern CIO. For many years, CIOs were focused primarily on IT. The survey shows that nearly two-thirds (63%) of CIOs believe business and leadership skills are more important than technology acumen – and, critically, the most successful CIOs are those who have positioned themselves firmly as business visionaries.

The three things that separate around one-fifth of CIOs that consider themselves effective, across the most important CIO capabilities, from the rest are:

The highest-performing CIOs focus on strategy versus operations and aligning the goals of IT with the goals of the business. These CIOs also report higher levels of productivity, innovation and customer satisfaction in their organisation and have the strongest relationships with other business leaders, in particular the CEO and chief human resources officer (CHRO).

There is a consensus among most CIOs that establishing partnerships and cross-team projects at C-level is a critical part of their role:

From a technology perspective, the most successful CIOs are those who are building consensus and action around automating and integrating work processes and introducing digital workflows to drive outcomes. They recognise the importance of digital workflows in increasing efficiency (80%), financial performance (78%), productivity (78%), employee performance (76%) and innovation (75%).

“As technology becomes critical to business success, expectations of the CIO have grown exponentially,” says Chris Bedi, CIO, ServiceNow. “In the past the CIO was an organisation’s top technologist, but today the most successful CIOs are those who are thought leaders, innovators and business visionaries.”

“CIOs have the opportunity to take centre stage in leading a transformational change for their organisations. Building C-suite influence, focusing externally on employee and customer experiences, and changing the operating model through workflow digitisation are key to unlocking high performance.”

How can CIOs increase their board room influence?

It’s more about being part of the value chain now where CIOs, from a digital and an innovation standpoint, have finally got a seat at the table where they have credibility. I think in the last 18 months, we’ve seen that become a real priority, once the whole concept around the prevention of breaches has become a board level issue tailored with CEOs tending to be the ones driving the digital agenda because obviously, it’s an organisation wide transformation that needs to happen.

But the CIO owns many of the platforms, the systems and the capabilities, whether they’re on- premise in their data centre, or they’re using a cloud-based service, like ServiceNow. Because of that capability they can deliver so much quicker and therefore they’ve got their voice to be heard.

What advice would you give to CIOs who wish to position themselves as business visionaries?

For years, there’s always been this thing around that IT must align itself with the business, which almost became a cliché.

I think it’s now at the point where CIOs actually talk in terms of value or outcomes, where they have to understand the customer journey or the employee journey and what they are actually trying to achieve. Technology, obviously, is a major enabler of that.

But unlike historically, the way IT works they wanted to own everything, manage everything and monitor everything with public cloud capability and platforms. That’s no longer the case.

You might be using something from Microsoft or AWS and it’s really around proving you can deliver value quickly, easily and autonomously at times. Gone are the days of not being on time or over budget. Because we have seen many times where a business has said ‘OK, if you can’t deliver it to me IT, then I’m going to go round you and do my own thing.’

So I think for the CIO, it’s about alignment and delivering value, but also understanding truly the outcome that the business is trying to get to. And in some cases, helping support that and in other cases, getting out of the way, and saying: ‘A cloud-based platform like ServiceNow is the right way to go. Go and do it. We can’t do any better, so we’re going to get out of the way’.

With other members of the C-suite unlikely to be IT experts how can CIOs educate them on how IT is providing value for money for an organisation?

I think it’s educating them on what it is they’re trying to achieve and how technology enables that. I think actually the better CIOs who have done this well speak less about the technology and the gadgetry and say: ‘We know what you’re trying to achieve, we know what the outcomes are. We’ve got a bunch of platforms or capabilities that align and deliver that value for you.’

How important is it for CIOs to be effective communicators?

I would say more so than ever. Many of the new breed of CIOs that we see are amazingly good communicators and educators at the same time. They surround themselves with lots of smart architects, enterprise architect type people. One of the most successful CIOs I’ve seen is actually based in Singapore and he came from HR.

CIOs are less technical than they’ve ever been because cloud services have grown and matured over time. They do so much more in a commoditised way than before.  In AWS, you can push a button and 20 seconds later you’ve got a full stack of an application.

How can CIOs collaborate with CHROs to ensure that they can recruit the right talent?

I’m recruiting people at the moment and so is our CIO and we’ve looked at it and said: ‘The skills we’ve got traditionally in IT are OK for maybe the last few years, but they’re not going to be the ones that we recruit in the future.

So what skills then will be needed in the future?

You’ve got things like algorithm mechanics, which sounds very much like they have got a tool kit with a bunch of spanners in it.

It’s more around people that can pull disparate data sources together, that historically we may have looked at, as ‘garbage in, garbage out’ type of things. Between this data in finance or HR, when we bring them together and actually have the machines look at it, we can find data between the silos or the gaps and get insights.

I think the other interesting one that we’re seeing in certain areas around heavy industry and healthcare is this concept of mixing reality with Virtual Reality.

Industry expert reveals the secret to customer success in the cloud 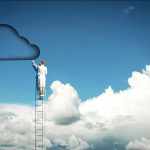 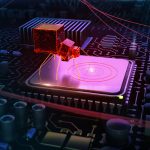