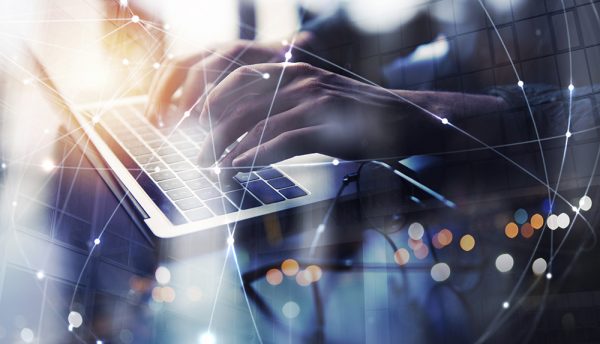 Cisco has unveiled further details behind its technology strategy for building a new Internet – designed to push digital innovation beyond the performance, economic and power consumption limitations of current infrastructure.

A multi-year approach that is defining the Internet for decades to come, Cisco’s strategy is already delivering technology breakthroughs to pave the way for the world’s developers to create applications and services they have only begun to imagine.

Cisco has introduced its latest innovation including Cisco Silicon One, the industry’s only networking silicon architecture of its kind; released the new Cisco 8000 Series, the world’s most powerful carrier class routers built on the new silicon; and announced new purchasing options that enable customers to consume the company’s technology through disaggregated business models.

“We are dedicated to transforming the industry to build a new Internet for the 5G era. Our latest solutions in silicon, optics and software represent the continued innovation we’re driving that helps our customers stay ahead of the curve and create new, ground-breaking experiences for their customers and end users for decades to come.”

Building blocks for the Internet for the future

Over the next decade, digital experiences will be created with advanced technologies – Virtual and Augmented Reality, 16K streaming, AI, 5G, quantum computing, adaptive and predictive cybersecurity, intelligent IoT, and others not yet invented. These future generations of applications will drive complexity beyond the capabilities current Internet infrastructure can viably support.

For the past five years, Cisco has driven a technology strategy that is building the Internet our customers will need for the future success of their business in an advanced digital world. Aimed at solving the toughest problems that will emerge as Digital Transformation taxes current infrastructure to its breaking point, this strategy will lead to the next-generation of Internet infrastructure that combines Cisco’s new silicon architecture with its next-generation of optics.

Cisco’s strategy will change the economics behind how the Internet will be built to support the demands of future, digital applications and will enable customers to operate their businesses with simpler, more cost-effective networks. It is also based on development and investments in three key technology areas: silicon, optics and software.

“Pushing the boundaries of innovation to the next level – far beyond what we experience today – is critical for the future and we believe silicon, optics and software are the technology levers that will deliver this outcome,” said David Goeckeler, Executive Vice President and General Manager of the Networking and Security Business at Cisco.

“Cisco’s technology strategy is not about the next-generation of a single product area. We have spent the past several years investing in whole categories of independent technologies that we believe will converge in the future – and ultimately will allow us to solve the hardest problems on the verge of eroding the advancement of digital innovation. This strategy is delivering the most ambitious development project the company has ever achieved.”

The new Cisco Silicon One will be the foundation of Cisco’s routing portfolio going forward, with near-term performance availability up to 25 Terabits per second (Tbps).

This is the industry’s first networking chip universally adaptable across service provider and web-scale markets. Designed for both fixed and modular platforms, it can manage the most challenging requirements in a way that’s never been done before. The first Cisco Silicon One ‘Q100’ model surpasses the 10 Tbps routing milestone for network bandwidth without sacrificing programmability, buffering, power efficiency, scale or feature flexibility.

Traditionally, multiple types of silicon with different capabilities are used across a network and even within a single device. Developing new features and testing can be lengthy and expensive. Unified and programmable silicon will allow for network operators to greatly reduce costs of operations and reduce time-to-value for new services.

“We look forward to working with Cisco as it enters the high-end routing silicon space, collaborating to help meet the next generation of network demands for higher speeds and greater capacity,” said Amin Vahdat, Fellow and Vice President of Systems Infrastructure, Google Cloud.”

Ray Moto, CEO and Principal Analyst at ACG Research, added: “Cisco is evolving and is changing the economics of powering the Internet, innovating across hardware, software, optics and silicon to help its customers better manage the operational costs to function on a larger scale for the next phase of the Internet. As we move to 2020, the timing of delivering operational efficiency will be vital.”

The new Cisco 8000 series is the first platform built with Cisco Silicon One Q100. It is engineered to help service providers and web-scale companies reduce the costs of building and operating mass-scale networks for the 5G, AI and IOT era. Standout features include:

Cisco is working with a group of pioneering customers on deployments and trials of the Cisco 8000 Series. STC, the leading telecom services provider in the Middle East and Northern Africa region, which marks the first customer implementing the new technology. Ongoing global trials include Comcast, CenturyLink and NTTCom among others.

Optics for 400G and beyond

Building a new Internet that can support future digital innovation will depend on continued breakthroughs in silicon and optics technologies. Cisco is unique in the industry with the most advanced intellectual property in both areas.

As port rates increase from 100G to 400G and beyond, optics become an increasingly larger portion of the cost to build and operate Internet infrastructure. Cisco is investing organically to assure its customers that as router and switch port rates continue to increase, optics will be available that meet the industry’s most stringent reliability and quality standards.

Through the company’s qualification program, Cisco is working to ensure that its optics will fully comply with industry standards, under all operating conditions, and operate in ‘any’ host – including non-Cisco hosts. With this program, customers can utilise Cisco optics in applications where non-Cisco hosts have been deployed and have full confidence that the optics will meet the reliability and quality standards that they have come to expect from Cisco.

In addition, as silicon and silicon photonics advance, functions that were traditionally delivered in separate chassis-based solutions will soon be available in pluggable form factors. This transition has significant potential benefits for network operators in terms of operational simplicity.  Cisco is investing in silicon photonics technologies to effect architectural transitions in datacentre networks and service provider networks that will drive down cost, reduce power and space, and simplify network operations.

Changing the economics of the Internet with flexible business models

Cisco has also announced plans to offer flexible consumption models first established with Cisco’s Optics portfolio, followed by the disaggregation of the Cisco IOS-XR software, and now including Cisco Silicon One. This new model is highly adaptable and offers customers choice of components, white box, or integrated systems to build their networks. This approach matches the evolving nature of operators selecting discrete or aggregated technology elements for their buildout and creates new economics of the Internet to provide significant business value. 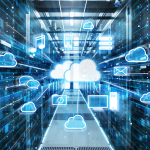 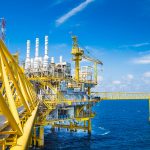