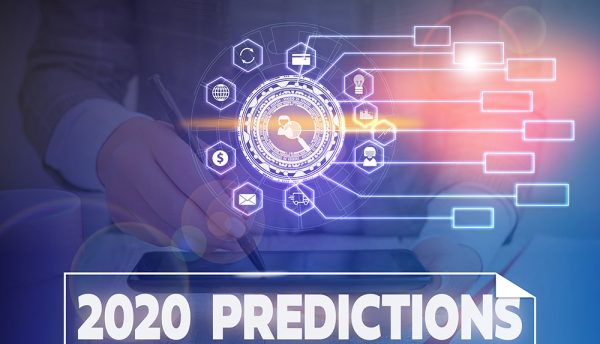 Sage Chief Technology Officer Aaron Harris tells us what his technology predictions are for 2020.

This year is going to be a momentous year for Robotic Process Automation (RPA). This is the process of automating mundane tasks such as taking data from one file and entering it into a business application like CRM. It’s about computerising repetitive tasks that are an inefficient use of people’s time.

RPA is not a physical robot. It’s an approach to working across multiple software applications and entering, maintaining, migrating, integrating, mining and testing data on spreadsheets. It’s the equivalent to an employee who never sleeps, eats or makes mistakes on tasks that need repeating over and over again.

At the moment, only big enterprises are employing RPA at scale. In 2020, we’ll start to see this trickle down to small and medium-sized businesses. RPA software revenue grew 63.1% in 2018 to US$846m and will grow further to US$1.3bn in 2019. That makes it the fastest-growing segment in the global enterprise software market, according to Gartner.

RPA provides improved accuracy for automated and repetitive tasks. Two-thirds of financial processes are now automated, in one shape or form. The remaining third is taken up by ad hoc or ‘human’ requests for information. The next step of RPA is to automate those processes too.

At some point in the future – maybe not next year, but further down the line – more forward-looking companies will begin to share their financial results in real-time – unlocking potential to providing instant access to a business’s financial health.

This is zero-forecasting, which several larger enterprises have indicated is their stated ambition in terms of financial transparency. As an industry, we’re not quite there yet, but RPA is one of the several trends driving us towards a more automated future. The other key factors are AI and Digital Transformation, which are helping professionals to re-engineer processes to take advantage of digital capabilities – easing the administrative and reporting burden.

Blockchain is unquestionably an ingenious invention, but has gone through what Gartner calls in their hypercycles as the trough of disillusionment. It promised much but has delivered very little to date. Ever since it emerged as the ‘next big thing’, there have been very few meaningful applications for Blockchain in the real world.

So, what’s holding Blockchain back from mainstream adoption? There are a few elements here, but broadly speaking it comes down to cost, scalability and trust.

With industry leaders, such as Amazon or Microsoft committing to building services around Blockchain, we will begin to see accelerated adoption as they tackle the issues that have previously stopped it making its way into the mainstream – with real-world solutions coming into play from 2020.

Facebook’s strength is its vast user base. It now has a network of two billion people, a third of the world’s population.

If, for example, a migrant worker wanted to send money back to their homeland, they would face a 6% to 20% mark-up on currency exchange and wire transfer. It’s also risky and slow. If a family were to use Facebook, they could convert their local currency to Libra and use Facebook Messenger to send the money to their family. It’s quick, easy and pretty secure.

It also goes a long way to solving the problem of money laundering. In the present, largely paper-based system of financial transactions, there can be little or no trace of where money is coming from or going to.  The United Nations recently estimated that the criminal proceeds laundered annually amount to between two and five percent of global GDP, or US$1.6 to US$4 trillion a year.

A digital currency, on the other hand, produces an immutable record of every transaction made, of where it came from and where it is going. It is like a cryptographically protected distributed ledger for currencies and makes it much harder to launder money.

There are a number of regulatory and legislative issues to overcome. This is a disruptive technology solution that questions the very notion of a centralised monetary system. The G7 nations have even formed a taskforce to look at the issue of cryptocurrencies, with a particular focus on Libra.

But as long as it can prove its real value, I can see at least one of the recently launched virtual currencies really taking off in 2020. 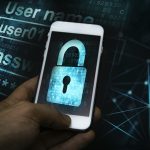 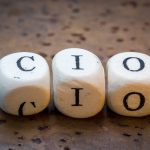