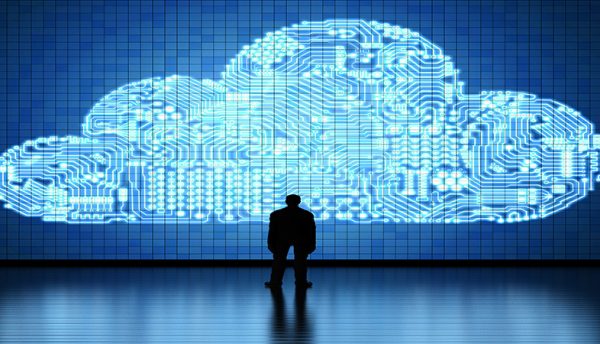 Six reasons why COVID-19 will accelerate the rush to cloud

Andrew Brinded, Vice President and Sales Chief Operating Officer, Nutanix, says cloud provides the enabling deployment model for the times in which we live and its impact is set to grow.

In 1991, the renowned technology journalist Stewart Alsop made a famously wrong forecast. “I predict that the last mainframe will be unplugged on March 15 1996,” he wrote. But 23 years later, the mainframe is still going strong.

For me, this underlines why it’s a myth that IT is a fast-moving sector in which revolutionary changes occur at lightning speed. The R&D side of tech is certainly dynamic and often disruptive, but because of technological complexity, cost of change, procurement, security, management inertia and myriad other factors, major changes usually roll out slowly, over years or even decades.

Even smaller changes can take time to hit the mainstream: think about how long it took for smartphones or laptops to enter it. In IT as elsewhere, there will always be early adopters, but there will also always be laggards.

Cloud computing is the biggest IT shift since client/server but, despite its manifest advantages and soaring popularity, cloud has far from dominated the way that firms deploy IT resources. Most established companies still maintain on-premises applications, data and other resources and the trend is very much to hybrid environments where enterprises spread the load across traditional on-premises IT, private cloud, public cloud, co-location facilities and classic outsourcing. Some watchers suspect that the journey to enterprise cloud is only 20% completed.

Quite understandably, CIOs and others have elected to operate on a ‘horses for courses’ basis where workloads are matched to deployment models based on risk levels, information sensitivity, intellectual property, performance needs and other concerns. But I believe that the current pandemic is an event that will see a significant tilt towards broader cloud adoption.

The world has changed
After COVID-19, it seems unlikely that we will go immediately back to a reliance on cities, crowded roads and transit systems, offices, galleries and stadia that place individuals cheek by jowl with others. Remote working will surely rise and that makes cloud an even more attractive proposition than ever before.

Organisations will need to re-think operations, processes and Business Continuity, and they will re-engineer business models as they adapt to new realities. In retail for example, shoppers will want different experiences from crowded shops and high streets. That may mean broader pavements, longer shopping hours, limited numbers of people in-store and new ways to pay without cash.

As Mark Kleinman, Professor of Public Policy at Kings College London, has written:
“Almost overnight, many of the benefits of large, global cities have become vulnerabilities. What was previously greatly desired – crowds, proximity, connectivity, openness – everything that contributes to what economists call ‘agglomeration benefits’ and urbanists call ‘vibrancy and vitality’ – is now feared.”

We don’t know exactly how big such changes will be or how long they will persist but it seems likely that they will mandate unprecedented organisational flexibility. If they hadn’t already realised by now, companies will need to be more flexible, adaptive and agile, so that the next time there is a massive interruption to ‘business as usual’ there can be no excuses.

Already we see companies that have been anchored by legacy systems failing to move fast enough and respond to the new realities of virtual business. And this in turn will complete the tectonic shift in favour of cloud computing.

Reasons to move on cloud now
Of course, there are many ways to deliver flexibility, but the cloud is a perfect vehicle in lots of ways.

Centralisation. Cloud offers a hub for managing content where versions of documents and audits are maintained for process order and regulatory compliance. Think of how Box or Dropbox, for example, are replacing lossy processes such as sending email attachments or adding document versions to file shares.

Collaboration. Cloud is a perfect fit for meetings of teams or value-chain networks. Any cloud app is inherently collaborative. That will become more and more important as companies build ecosystems of partners to co-curate and ideate for products and services that stand out from commoditised rivals and can command a premium price.

Cost. With future revenues so uncertain for many companies, managing costs is hugely important. Cloud services usually have subscription-based, utility-like model so prices rise and fall depending on usage. This ensures value and means there is little risk of ‘bill shock’.

Security. Firms need to ensure that with so many more remote workers they have the security protections and policies in place to defend against attackers. Although security has traditionally been a concern or an objection to public cloud adoption, cloud services have an advantage in that they tend to be run via highly proficient data centres with more security skills on tap than enterprises can afford. However, firms will still need to educate staff against phishing and similar scams and ensure that tools such as VPNs and encrypted networks are available.

Choice. Some firms will be understandably concerned about potentially being locked into a single dominant provider than can then have too much control over customer options. However, the intense competition and price cutting among the biggest providers mean that companies that build out using a multi-cloud model will retain the openness they cherish.

Testing. Many companies will still need to be able to test new and reworked processes during and after the crisis. Cloud platforms provide the testbeds to enable this, without high cost penalties or risks being incurred.

Hiring. When the economy bounces back, hiring will again become a critical battleground and companies that aren’t heavy cloud users will become less attractive to younger candidates especially.

As I outlined at the outset, there’s no such thing as an overnight hit in IT but look out for cloud-related opportunities for both short-term benefits and for future strategic importance. Cloud is already big, but it’s about to get bigger.

Green IT — a sustainability strategy for Middle East innovators 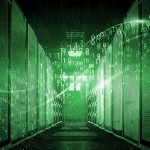 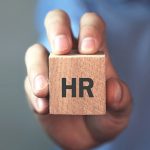 Successful HR from the home office