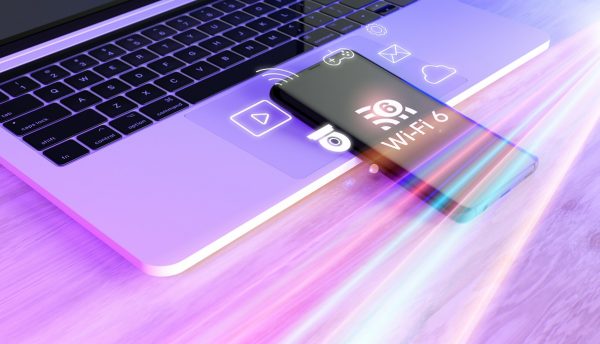 Installation of the Cisco Meraki network was done first at São Paulo´s head office, in Brazil, but it is already expanding to factories, distribution centers and 321 stores across the country.

Research indicates that in the next three years, retail purchases will be influenced by convenience, quality time in store and service excellency. A triad that presents challenges to large retailers that increasingly seek to use technologies to produce innovation on a large scale.

This is the reality of Riachuelo, a Brazilian fashion retailer, which adopted the Cisco Meraki wireless network platform, initially installed at the company’s headquarters in São Paulo, and is gradually expanding to factories, distribution centers and its 321 stores across Brazil.

The project, implemented by Logicalis – a global information and communication technology solutions and services company, was motivated by the need to update the company’s network infrastructure, which was already showing signs of capacity saturation.

The first step in this journey planned for the next two to three years, was the review of the infrastructure and the implementation of a new wireless network, more secure, easier to manage, fully integrated and scalable.

Carlos Alves, Executive Director of Technology and Innovation, Riachuelo and Midway Financeira, said: “Connectivity is the main tool for any journey experience, whether in stores, with our consumers, or with our collaborator within the company, to make each one’s work flow.”

Daniela Subhia, Cisco Meraki Business Manager in Brazil, adds that in the Cisco Meraki, Logicalis and Riachuelo partnership, a project was set up that simplifies Riachuelo’s IT infrastructure and allows the team to have a big gain in operational efficiency, easy implementation and centralized management.

“The new network already includes the Wi-Fi 6.0 version, a standard that brings, among other facilities, a better experience for users since it provides more predictable performance for advanced, high-density and high-definition applications. Wi-Fi 6.0 is compatible with all devices, including previous versions,” said Daniela.

Cisco Meraki also brings, according to Subhia, a relevant layer of security and allows the company to have complete visibility of the network, from the connectivity of the antennas to the user browsing at the tip. All management is done in the cloud, allowing the customer to access their network from anywhere, anytime.

“When we brought the new technology to the headquarters, we clearly understood the importance of renovating the infrastructure in the stores, because our entire journey for the next few years depends directly on having a very connected store, either to get to know the customer or even improve the relationship that we will establish with their device from now on,” said Alves.

For him, the experience is no longer an emotional one, and it is possible by technology, which will be a major driver in this retail evolution process, to gain operational efficiency or even for the construction of the consumer experience.

The new Wi-Fi network, according to Eduardo Frade, Director of Sales, Cisco, becomes, among all the elements of basic infrastructure, the most important thing, because it assumes the role of enabling the various technologies used by a store, but until then were fragmented and gave little visibility to the retailer.

“For example, there was always Wi-Fi at the rear of the store to check products in stock and input it with a barcode collector. But the infrastructure was not always permeable in the store to the point of eventually interacting with an application.”

According to him, in addition to the wireless network reducing the negative impact of eventual queues in stores – the main consumer complaint – Cisco Meraki incorporates a series of analytical resources that can be used for important business decision making.

The new Wi-Fi network allows Riachuelo to identify, for example, how many customers it has in the store, which areas are the most frequented, how long they have stayed in its environment, which stores are the most visited and even, in cases where the customer allows it, to interact with them.

Regarding the management of the environment pursued by Riachuelo, Frade comments that the standardization of the Cisco Meraki platform allows the customer to make integrations and automations, bringing true productivity gains, as it speeds up the implementation of new stores and enables the remote correction of any eventual problems.

“As the trend is to have several network segments within a store, if Wi-Fi doesn’t work, chaos ensues. And without a platform with which you can see this from an operational point of view, you start to frustrate all the expectations that you gave to the customer at the end,” added the Cisco director.

Alves said that one of the differentials in this relationship, in addition to the delivery time having met the expectations of the company, was Logicalis’ assertiveness in understanding the scenario and in presenting the project and proposal.

“We had been discussing and designing the appropriate capacity, mainly for the employees of the headquarters. The project was delivered within the appropriate timeframe for us to have this experience. Today the visitor himself has a much easier connection,” said the Director of IT and Innovation.

“For the problems of connecting store devices and offering Wi-Fi to customers and employees, Riachuelo believes it has identified the best alternative solution: Cisco Meraki.

“Today, with the equipment already installed at the head office, on distribution centers and in some stores, we have more Wi-Fi stability and an adequate capacity for the number of people and devices.”

The project schedule foresees that 100% of the stores will be equipped with Cisco Meraki in six months, so that the company gains visibility, management and productivity when installing system updates in the stores. In addition, Riachuelo’s IT team is already focused on developing solutions that allow it to extract KPIs (Key Performance Indicators) from the business as a whole and from each store based on technology.

“Today we already use the data that it generates or that we collect, but we aim to be the largest Cisco Meraki case in Brazil,” revealed Alves.

With this, the project does not end with the completion of the installation of the wireless network infrastructure.

“I have a great expectation of delivering much more than stable Wi-Fi. I want a connectivity that we can effectively build a journey, whether for the employee within the company, or the customer with the various experiences that have challenged us or that we have built over the past year,” said Alves.

The Age of Experience: Technology and sustainability for a new planet 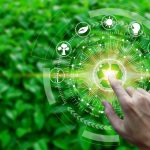 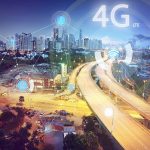