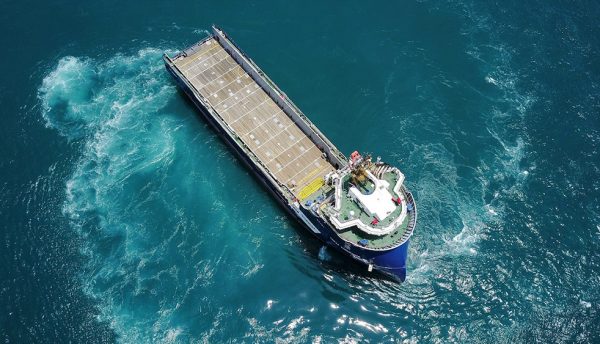 P&O Maritime Logistics has updated its infrastructure with technology from Aruba resulting in a network overhaul that has eliminated complexity and reduced management overheads. Crew productivity has also been enhanced for its large fleet stationed across seven continents with the development of mobility apps by the P&O Maritime Logistics IT team.

With the company on a robust growth trajectory, Kris Vedat, Head of IT at P&O Maritime Logistics, was aware that its network needed an overhaul. “As our operations expanded, we found it difficult to manage the disparate set of solutions that comprised our network,” he said.

Citing an example of the challenges his IT team faced, Vedat, said: “We’re a nimble team that’s responsible for connectivity across a large geography and for services on over a hundred offshore vessels. Having deployed technologies from multiple vendors meant that upgrade cycles, troubleshooting and support were complex. It also meant that we were unable to apply any standard sets of policies and procedures.”

Vedat knew the solution to these challenges would be to upgrade his network with solutions from a single market-leading vendor. “Standardising on one provider would present us with a clear architecture that we could implement across all offices, and rapidly roll out on our vessels during their brief docking windows,” he explained. So, simplicity in roll-out, minimal resource requirements and speed were critical for Vedat and his team.

For due diligence, Vedat and his team thoroughly evaluated two vendors and it rapidly became evident that Aruba was a clear match for their requirements. A point of contention with the other vendor was their ‘pure subscription’ model which would result in lock-in and higher long-term costs.

More importantly however, it was Aruba Central that impressed Vedat and made Aruba the clear choice. “A unified cloud-based management platform that could enable us to efficiently and effectively manage our wired and wireless environments was exactly what my team needed,” he said.

From the very first stages of roll-out, the benefits of Aruba Central were apparent. “Two challenges we typically face with any deployment are IT resource limitations, and short deployment windows – both of which are especially pronounced when our vessels are involved,” explained Vedat.

With Zero-Touch Provisioning (ZTP), Aruba Central helped overcome both challenges, allowing configurations and policies to be centrally applied. This meant Access Points (APs) and switches could be installed in a plug-and-play manner. This not only saved huge amounts of time, but it also significantly reduced risk of errors in network configuration and the need for highly skilled technicians at each location.

When his team faced the unforeseen challenge of long firmware update periods at the time of first installation on vessels – owing to the limited bandwidth of the satellite links – Aruba’s team provided a service by ensuring all devices were updated to the required level prior to delivery.

“It presented a learning curve but also an opportunity for the responsiveness and support of Aruba’s team to shine through,” said Vedat.

Onboard Wi-Fi is an asset

P&O Maritime Logistics’ vessels are typically out at sea for three to six months and in some cases, even up to a year, making Wi-Fi essential to crew welfare. “Email and other communication services play a vital role in keeping up crew morale. So, the reliability of Aruba’s solution is intangible,” said Vedat.

Looking beyond this function, Vedat and his team are using mobility as a driver of multiple digital initiatives, increasingly making Wi-Fi a business-critical medium. “We’re working to enhance crew productivity by reducing manual tasks through purpose-built apps,” he said.

The company’s new Planned Maintenance System is an example of such an application. Whereas, this was previously desktop based requiring the crew to shuttle back and forth to update activities and issue work orders, now Vedat and his team have been able to take advantage of the Wi-Fii coverage available across all decks. This approach significantly increased staff productivity and improved their workplace experience, saving the company time and money while enhancing user satisfaction.

“By migrating this system to a mobile-based application, we have empowered the crew to access information and update or issue work orders at source. Everything they need is where it needs to be and this has been a tremendous boost to productivity and quality of work,” said Vedat.

P&O Maritime Logistics’ IoT ambitions have also benefitted from the use of Aruba-2930F Campus Edge switches which offer Power over Ethernet (PoE). This allows IoT devices and sensors to be directly plugged into the switches without the need for the additional power cables, reducing cabling costs and eliminating the need for separate power supplies.

“Some sensors, such as the fluid and particle sensors that are essential to lube oil analysis, have to be deployed in harsh environments such as engine rooms wherein wireless connectivity isn’t feasible. And yet, because Aruba Central enables management of both wired and wireless network components, these sensors too can be centrally managed and monitored,” explained Vedat.

A partner for long-term success

While the network overhaul continues, P&O Maritime Logistics’ network today is comprised of 580 Aruba AP-305 Access Points and over 150 Aruba-2930F Campus Edge switches. All these components are centrally managed by the cloud-based Aruba Central platform.

“We have already rolled out Aruba’s architecture across 38 sites and a large number ofvessels and are on track to complete the deployment of 20 more offices very soon,” said Vedat.

Maximising the benefits of Aruba Central

Looking to the future, Vedat sees potential to maximise his company’s utilisation of Aruba Central. In particular, he is keen to take advantage of the platform’s powerful bandwidth and traffic management features. This will be particularly important for prioritising performance for critical applications, devices and user profiles.

“Because satellite links are involved when vessels are at sea, bandwidth is a precious resource. We’re therefore exploring the prioritisation of traffic so that the performance of critical apps can be optimised,” he explained.

As the nature of the company’s operations make it impossible for on-site engineers to be deployed at every location, this solution – which automates the testing of Wi-Fi and application performance – can prove invaluable.

Delivering on expectations and ROI

For Vedat and his team, standardising P&O Maritime Logistics’ network architecture on Aruba’s industry leading solutions has proved to be a resounding success – delivering on all their expectations, while eliminating network complexity and reducing management overheads.

“The appeal of Aruba for us is its cloud-based network management solution, which provides Zero-Touch Provisioning. It helps us to cut infrastructure configuration, eliminate manual intervention, and speed up deployment,” said Vedat.

“We save considerable man-hours each week thanks to automation and significantly simpler management, made possible by Aruba Central. In the 12 months since initial deployment, we have already achieved full return on investment,” he concluded.