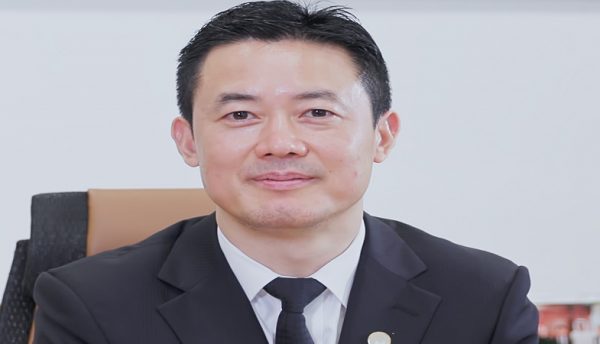 Gross domestic product (GDP), has long been the way to measure how successful a country is, in terms of economic strength. But, in an increasingly digital age, a nation’s computing power is becoming equally as important as its GDP, if not even more important, as computing power contributes significantly to economic growth.

With the two becoming evermore entwined given the worldwide growth of digitisation, it is vital that countries in the Middle East invest in their computing power infrastructure on governmental, industrial and commercial levels, to build national economy competitiveness and compete on a global scale in a connected world.

While the first two decades of this century saw the Internet and particularly mobile Internet, progress by leaps and bounds, the coming decade will see the evolution of networks and breakthroughs in computing power. This will drive wide-scale adoption of commercial 5G networks, cloud computing, pervasive Artificial Intelligence (AI) services and much more; raising the bar in industrial development and bolstering socio-economic growth.

According to recent research by analyst firm Gartner, the global computing market is projected to be worth more than US$2 trillion by 2023. As a result, technologies such as the Internet of Things (IoT), AI, augmented and virtual reality, Blockchain and so on, are being incorporated into Smart City developments in order to make life easier for citizens, processes more efficient for governments and to streamline business.

In the Middle East, this ultimately contributes to nations’ Smart City and happiness agendas. Huawei estimates that in the coming five years, AI computing alone will account for more than 80% of computing power used around the world.

As more and more people and things become connected, the infrastructure to support them must be scaled up in parallel. This will eventually require a shift from networks to the cloud in order to meet the anytime, anywhere, at any capacity and in any object demands of the future. The deployment of a cloud-edge-device ubiquitous computing architecture will be ideal in order to accommodate steadily growing power requirements.

Investing in computing power infrastructure will bring direct economic benefits to countries in the region. According to a report recently released by Huawei, per capita computing power is highly correlated with economic development. For example, in the traditional manufacturing industry, the investment of US$1 in computing power can increase the output value by US$10.

The information and communications technology (ICT) sector is a high value-added industry that can generate revenue from several sources. Data centres, servers, content delivery networks (CDNs), base stations and smart devices can all be sold and leased. Cloud services, including Infrastructure-as-a-Service (IaaS), Platform-as-a-Service (PaaS) and Software-as-a-Service (SaaS) can be main sources of revenue to government entities, businesses and individuals alike, in flexible models that are adaptable to users’ needs however they may change. Investing in the cloud-edge-device computing power infrastructure, including chips, servers, smart devices and data centres – in other words, investing in building computing power – can also directly contribute to a country’s GDP.

A broader effect of building computer power, however, is that it can empower Digital Transformation within industries that contribute the most towards the economy. The oil, gas and petrochemicals sector, tourism and hospitality, banking and manufacturing, are four such industries in the Middle East that play a significant role in national visions for economic diversification. Computing power will also benefit core sectors including healthcare, education, government, transportation and more.

Increased investment in computing power will enable all these industries to adopt advanced digital and intelligent technologies. In turn, these will contribute towards increased efficiency and outputs, while also facilitating more innovation and particularly in customer-facing industries, creating a superior user experience.

In terms of how valuable this can be to a national economy, it is expected that the progress of emerging technologies based on intelligent computing will add US$170 billion to the manufacturing industry in the United States alone. This will be reflected on a macro and micro level, and similar results can be achieved throughout the Middle East.

On a macro level, investing in computer power can improve the size of the whole smart industry. For example, investment in a smart driving system will expand the scope of the transportation and logistics industry. This is something that cities like Dubai are already moving towards, with its explorations into drone deliveries and autonomous vehicles. On a micro level, investing in computing power can enhance the value creation of smart scenarios. More digital hardware devices can mean higher efficiencies for government services and transactions, or even the introduction of new digitally-enabled services such as cashier-less shopping experiences.

The knock-on effects of building strong computing power capacity have the potential to ripple through society, with the ability to positively impact every sector, industry and individual, which will contribute towards stronger economic performance for the nation as a whole. In times as uncertain as the world currently faces, with the impact of the COVID-19 pandemic continuing to affect people and economies across the region, investment in ICT and in particular ubiquitous computing, is an essential move that will contribute towards much-needed growth and stability. 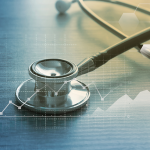