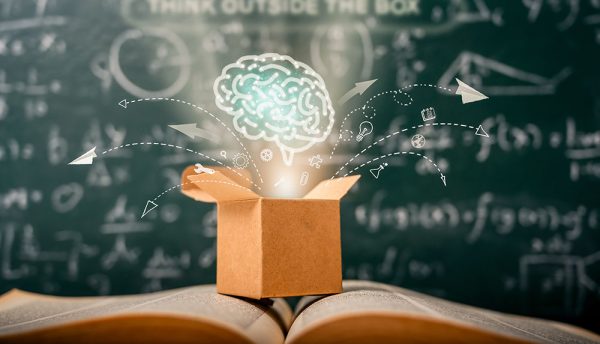 As advancements in AI and automation transform the job market, Jack Field, Security Engineer at KHIPU Networks, describes how educational institutions have the potential to change in order to meet the global requirements of IT skills.

Nothing will stop technical progression. Increasing computational power has been forcing businesses to change their expectations of employees’ IT skills for decades. This expectation even impacts entry-level positions in a range of industries. As technical leaders race to disrupt as many industries as possible, I wouldn’t expect this trend to slow in pace anytime soon.

So what kinds of entry-level jobs must the next generation be prepared to apply for?

Future job markets could be unrecognisable

Although expectations of IT skills don’t impact every job role, a 2018 Impact of Automation report from PwC states that by the mid-2030s, up to 30% of jobs could be automatable. This is certainly a future worth preparing for.

Current students, from primary school to university, should be taking curriculums designed to help them enter this potentially unrecognisable job market.

Predictions of which industries will be most affected are, objectively, subject to change. Technical leaders the world over could develop new tools that disrupt industries at any moment. Simply review Blockchain as an example of untapped potential. This makes it difficult to inform students whether particular industries are going to be hiring for traditional roles when it comes time to enter employment – this excludes jobs that rely on personal relationships, such as sales, or creativity and physical skill, such as the arts.

How could the future workforce operate?

Typical labour jobs such as drivers, retail workers and waiters are already on the way out. Those currently in primary school could enter a job market where these positions no longer exist.

Students must be able to compete for the new jobs that replace them. One of the few guarantees here is IT skills are going to be in demand which is something worth prioritising now.

As corporate software continues to become more complex, produce greater output and hold more influence, employees must be capable of doing the same. Traditional repetitive tasks will be automated and human ability to optimise these systems will depend their technical affluence and creativity.

These skills are culturally seen as only held by Hollywood-style hackers and/or graduates from relevant IT courses. This is not the case. Essential IT vocabulary and knowledge, and I am referring to concepts such as Protocols, Services, Scripts, are not broadly tougher to understand than what is already taught in the typical GCSE science class. This knowledge could be the deciding factor between two entry-level applicants in 2030.

What is the education industry doing now?

There is progression, but not enough. The Technology in UK Schools research, conducted by the Centre for Economics and Business Research (CEBR), states that the top priority for teachers is to provide more endpoints for students to use and then increase their own proficiency in technology.

This is promising, but still does not address some fundamental changes that could seriously benefit student development. The report states:

These figures suggest schools are not making the most of the opportunities to be gained by utilising IT. Integrating IT skills into existing curriculums in imaginative ways can seriously boost students’ skills and career prospects.

How can educational institutions help? What can future employers do?

A broadened IT curriculum must first be adopted. As has begun, coding must be prioritised, concepts such as APIs and Machine Learning should be reviewed in further education and simpler concepts must first be brought into lessons at primary schools and quickly built upon.

Schools must integrate the skills learned in IT classes into other classrooms. In the same way that software is replacing legacy tools in the workplace, it should replace legacy techniques in the classroom. There are many straight-forward examples of such replacements or integrations:

If these skills are developed, young workers will be able to more effectively address skills shortages across the job market. From SMEs that need to stay on top of the competition, to large corporate youth schemes where new ideas can make a career, skilled young workers can make significant impacts.

Here at KHIPU, the National Apprenticeship Scheme has been used to mutual benefit of company and apprentice. As a specialised cybersecurity company, our apprentices have gone on to achieve top certifications in major software companies, not only enhancing their own career prospects but also the corporate bottom line.

The creativity of such workers has helped the company embrace data science, improve reporting and ultimately benefitting customer experience.

As all companies move towards automation and increasing dependence on software, similar creativity and skills will be needed across the market. As 30% of jobs face being lost to automation, students must embrace the idea of using this to their advantage.

This can range from learning the basics to better their understanding of workflows and processes, all the way to taking degrees in Computer Science to have a more direct impact in the overall data revolution. Either way, with funding, planning and ambition from schools and the government, the next generation could gain more opportunities than what have been predicted.

72% of organisations plan to implement Zero Trust capabilities this year 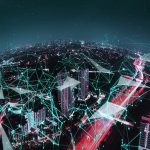