Amazon has announced The Climate Pledge Fund to support the development of sustainable technologies and services that will enable Amazon and other companies to meet The Climate Pledge – a commitment to be net zero carbon by 2040. This dedicated venture investment program – with an initial US$2 billion in funding – will back visionary companies whose products and services will facilitate […]

In a celebratory announcement with Houston Mayor, Sylvester Turner, the Greater Houston Partnership and cleantech and energy leaders from around the region, Greentown Labs has announced its plans to open its second location in Houston, Texas. As the city’s first climatetech and cleantech-focused start-up incubator, Greentown Labs Houston (Greentown Houston) will be a catalyst in driving progress […]

Regaining control of CNI in the face of cyberthreats

A cyberbreach on Critical National Infrastructure (CNI) could have a catastrophic impact on the national economy. Joseph Carson, Chief Security Scientist at Thycotic, explains the impact of CNI attacks and how to regain control. Not all cyberthreats are created equal. While every attack will be bad news for someone, some security incidents can impact the […] 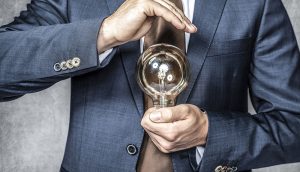 Fortinet
Powering Security at the
Speed of the Business