In a celebratory announcement with Houston Mayor, Sylvester Turner, the Greater Houston Partnership and cleantech and energy leaders from around the region, Greentown Labs has announced its plans to open its second location in Houston, Texas. As the city’s first climatetech and cleantech-focused start-up incubator, Greentown Labs Houston (Greentown Houston) will be a catalyst in driving progress toward the goals outlined in Houston’s recently announced first-ever Climate Action Plan. Greentown Houston is scheduled to open in Spring 2021.

“Opening Greentown Labs’ second location in Houston – the energy capital of the world – is the best place to broaden our impact and help accelerate the energy transition through cleantech entrepreneurship, in partnership with the nation’s fourth largest city and the world-leading energy organizations headquartered there,” said Emily Reichert, CEO of Greentown Labs. “We believe the engineering strength, talent and assets of the energy industry in Houston can and must be redeployed toward a decarbonized future. Climate change cannot be solved from the coasts – we need all hands on deck at this time. Houston has the opportunity to be the energy transition capital of the world and we believe bringing Greentown Labs to Houston will accelerate the shift in this direction.”

Greentown Houston will serve as an on-the-ground catalyst for the energy transition in Houston – aiming to bring together civic and business leaders, entrepreneurs, students and other stakeholders who have already begun the transition and raise awareness of the opportunity for those who have yet to engage. The City of Houston, under Mayor Sylvester Turner, has shown strong leadership with the release of its Climate Action Plan and is doubling down on its efforts to lead the global energy transition. Mayor Turner co-chairs Climate Mayors, a bipartisan network of almost 450 USA mayors demonstrating leadership on climate action.

“As the energy capital of the world, the City of Houston has set a strong example of how to combat climate change and lower emissions. Since 2005, the city has reduced municipal emissions by 37% through building efficiency upgrades, investing in renewable energy and converting to hybrid, electric and alternative fuel vehicles. Reducing Houston’s emissions and leading a global transition is a community-wide effort and will require action from residents and the business community,” said Mayor Sylvester Turner. “This is why it’s more important than ever to have partners and organizations like Greentown Labs, whose mission is to solve the climate crisis through entrepreneurship and collaboration. We are proud to welcome this organization to our city and look forward to the continued partnership. The City of Houston is pleased to welcome Greentown Labs as a partner in building a more sustainable and resilient Houston.”

With the expansion into Houston, Greentown Labs aims to build a bridge between the Boston and Houston metro areas to have the best and brightest engineering and business minds in energy working together on the global climate challenge. Both cities are members of C40, a network of the world’s megacities committed to addressing climate change and have a shared goal of carbon neutrality by 2050.

Greentown Labs’ home city of Somerville, MA, just outside of Boston, released Somerville Climate Forward, its first comprehensive climate change plan, in 2018 with a focus on carbon neutrality by 2050 and an equitable transition to a clean energy economy. The City of Somerville and its Mayor, Joseph Curtatone, have been enthusiastic supporters of Greentown Labs since 2013 and key partners in the incubator’s growth over the past six years. 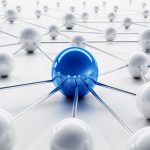