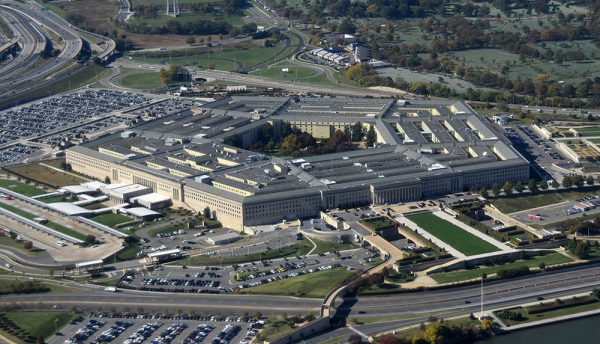 The Pentagon modernizes wired and wireless connectivity with Aruba infrastructure

Aruba, a Hewlett Packard Enterprise company, has announced that the Pentagon, headquarters of the United States Department of Defense (DoD), is modernizing its classified and unclassified networks to support over tens of thousands of devices daily.

Based in Arlington, Virginia, the Pentagon serves as the symbol of the US, military and is one of the world’s largest office buildings, spanning over 6.5 million square feet.

In order to streamline network administration, training and support, the Pentagon’s modernization strategy included consolidating on to a single common platform for wired, wireless and security solutions across all network classification levels.

It also sought to gain software-defined networking (SDN) capabilities in a solution that could interoperate with other vendors and systems. In addition, the Pentagon is expanding and updating its wireless network by adding an additional 3,000 Aruba Access Points (APs).

Previously, the Pentagon was using legacy Cisco wired switching infrastructure, which had reached end-of-life, across its networks. The Pentagon is replacing its legacy switches with Aruba access switches across all classification levels. When completed, the entire wired deployment will include over 150,000 wired ports.

For SDN, the Pentagon is expanding its deployment of Aruba ClearPass Policy Manager, including the solution’s colorless ports feature, for secure network access control across its networks. In the future, the Pentagon will consider using ClearPass to unify access control for wired and wireless access across all network classifications.

Take the pressure down! Four ways to lower the stress levels of your cybersecurity team