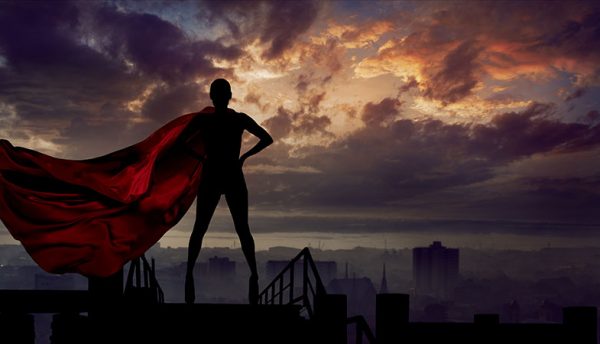 It’s no secret that being female in the IT industry can mean a long, hard struggle to get to the top. We hear from Lori MacVittie, Principal Technical Evangelist, Office of the CTO, F5 Networks, who discusses the struggles she’s experienced as a woman in technology and the lessons she’s learned along the way.

Can you tell us about your role and how you landed in your position?

My current role is to basically distil very complex, technical concepts into something that people can understand. F5 is, at its core, a very technical company. We deliver applications and we secure them, so we’re into everything from the network to applications – the Internet is very much where we operate, so there’s a lot of moving parts.

It’s my job to look at that, look at the trends and technologies that are coming and see how that impacts what we do, how we interact with applications, how we make them faster, how we secure them, as well as then try to explain all that technical jargon to the market at large.

I started as a developer and moved into this publishing testing world where we would test all sorts of technical equipment and then write about it. I was really good at the technical piece, not so good at the writing piece to begin with, because that’s something you have to learn – not everyone just has that talent. Through the eternal patience of many editors, I learned how to write in a way that was consumable and eventually ended up at F5. I moved around F5 for years into different roles until I landed in the office of the CTO to help with strategy and vision and thought leadership.

Why is the technology industry such a male-dominated field?

I don’t know. I’ve read many reports and studies – some of them conflict, some say one thing, some say another. From personal experience, my mother was technical – she started out as programmer in the 70s on mainframes doing COBOL and moved into project management and successfully ran all sorts of technology projects at her company. Growing up, I was interested because she talked about her work which got me into playing with computers, so I went into it. I have four children – two daughters and two sons. They have had the same kind of role model, they had the same encouragement and my youngest daughter says she prefers to work with animals. Technology just went right out the door. My other daughter said she wanted to be a mum right now and then figure out what to do later. I don’t know why animals were more interesting than computers.

In terms of the industry being male-dominated – in the 70s, when this was just opening up, it was very female-dominated so to see it change is strange. I think a large number of men decided they could do these things and flocked in droves. Whereas women were still just entering the workforce and getting educated and so it became male-dominated.

Do other females in the industry feel the same?

It’s not often discussed because it seems so superficial – for example, wearing heels might be a big deal to you because it’s an expression of you. I want to be me and that includes how I express myself and other women have said the same. When you consider the fact that we’re trying to get teenagers involved in STEM, if we keep putting this image of IT and technology in front of them that says you have to look a certain way, it can be off-putting and they might start to think, ‘I want to be me, why do I have to be like that. That’s not me, so that means I’m not for STEM.’

How far do you agree that cloud technology has acted as an enabler of opportunity for women in the industry?

I think it’s been very good for women. I know a lot of women entrepreneurs, because of cloud, because they could start up without having to go and build this IT and tech and basically deal with people who maybe weren’t so excited to go work for a female CEO, but the cloud gave them that flexibility. I think it’s really been an enabler because the cloud is technology and the cloud doesn’t care if you’re a man or a woman, or however you identify. Women can really take advantage of that and they have.

Why is today’s digital workforce made up of only 17% women?

I don’t know – because only 17% of women have gone into tech. If we look at the data, that’s about all we can draw from it.

I don’t know if it is the education system or maybe parents don’t know. If you don’t have parents in technology, is that going to be something you talk to them about? Everybody knows about doctors and lawyers and accountants – that’s what we’re going to push our children to be.

Education doesn’t do a good job of promoting it. It does a good job today of using it but promoting people to actually go do it is a completely different thing.

Would you agree that you’ve faced numerous challenges within the industry due to being a woman?

The first time that I was put in charge of a team developing software, I had one male developer who actually outright said, ‘I will not take direction from a woman’. It’s actually where I met my husband. I had to spend some time while we tried to figure out how to deal with that. I’d actually have to go to my husband and say, ‘Can you can you get him to do this thing because I don’t know how to get him to do it?’ It’s very frustrating because it was inhibiting my ability to execute and get the software delivered, because I could not give him direction.

I think now, if someone said that, I would stop and ask them ‘why is ‘you need to do X’ coming from me, different than ‘you need to do X’ coming from him? What is the difference here because what I’m seeing is that this is really your problem, not me’. It’s not forceful but assertive in pointing out that this is a problem you have and we have to resolve it or we can’t get our jobs done.

I would say don’t back away from those positions – ask ‘why?’. Force someone who makes that assumption or that kind of statement to back it up.

Find a mentor, a friend, someone you can really express yourself with in the workplace. I have many female colleagues and sometimes they don’t even work at the company, but they are female colleagues and so they understand. Sometimes you need advice or you just need to vent. I think having a support network is very important – I can be very reactionary so if my first reaction is to yell or get very angry, that may not be the best approach, but you still need to get that out. You need a support network to help you work through that and figure out the best way to respond to that.

Be confident that you earned your place. My degrees are in computer science, so I have the education and the experience, I belong where I am and you need to tell yourself that and have people who can tell you that. Don’t let anyone take that away from you.

Do you think that women are becoming more recognised as potential leaders in technology and if so, how?

I think so. At least I see it at F5. One of our significant leaders is in charge of an entire business group. She’s very technical, she has degrees from MIT (Massachusetts Institute of Technology), she’s been an analyst, she’s got it all. She has both sides – business and technical – she brings it all together and she’s been recognised for that. She’s very young to be in that position and she’s up there and she’s leading and she’s also very approachable.

It’s not so much to me about being a CEO, I want to see technical women succeed because I want to see that technical acumen on display, because that’s one of the things that can also help to attract younger girls.

How would you suggest promoting the need for more females in the industry? Does F5 have any plans in place to do that?

We have STEM education grants. We focus on supporting things like Girls Who Code. Internally, we have what we call employee inclusion groups. One of them is for women. Once a year, we have a gathering of women – we have some great women speakers that come in, we promote each other, we have a mentoring system that helps us really communicate internally and then promote externally across the industry. I see these kinds of initiatives.

CloudNOW (Cloud Network of Women) when it started, was really about promoting women in the cloud industry. I got involved because of my work with cloud. Over the years, it has morphed into focusing on supporting women, girls – for teenagers all the way up to young women in college with scholarships and mentorships. There are different meetups and events, so that they can ply their trade and learn from others.