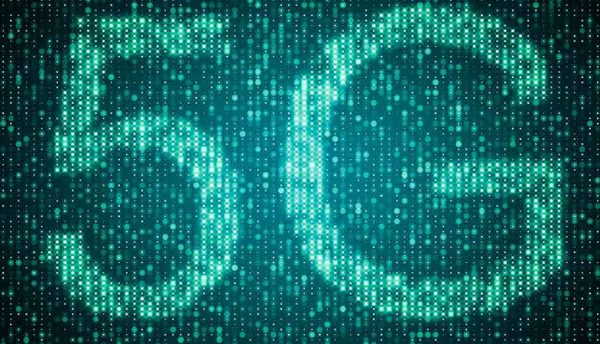 Expert discusses the 5G revolution and its innovative capabilities

The 5G transformation has been long talked about, but as of 2021, aside from consumer access to slightly faster mobile Internet connectivity – there are still few examples of why the transition to the latest generation of cellular networks will deliver a wave of innovation to empower the modern enterprise. José Duarte, Chief Executive Officer, Infovista, discusses this in further detail with Intelligent CIO’s Alix Pressley.

Looking at the headline benefits of 5G, much of the messaging is around bandwidth, with claims that 5G will be 20x faster than 4G thrown around like confetti. Recent public tests such as those conducted by Nokia in Finland that hit 8Gbps download speeds showcase that, in an ideal environment, 5G really can deliver significant speed improvements – along with lower latency for network connectivity. Yet these stellar network performances have not yet materialised in real-world services.

In reality, the move to 5G is more than just speeds and feeds. The new standard offers network operators an efficient path to increase overall network capacity – to meet growing demand from not just consumers, but also commercial customers. Having adequate capacity and the best performance is critical for any operator that wants to win a share of the global telecommunications services market that IDC, an analyst firm, expected to hit US$1.6 trillion in 2020.

The other crucial potential benefit offered by 5G is that it allows operators to start to create more valuable services using their networks – and move away from just offering a ‘dumb’ pipe to move data, voice, video and other media from point a to b.

At its core, the 5G standard makes it easier for operators to start to segment their networks to essentially create private enterprise networks. In essence, this could mean that instead of a large enterprise with a distributed workforce, all connecting into its applications via disparate campus Wi-Fi, home networks and mobile networks from various providers – it could instead use a single, private ‘sliced’ mobile 5G network offering Wi-Fi like speeds – but accessible from anywhere. This enterprise Network-as-a-Service (NaaS) would be defined by the customer and offers advantages including per-user-per-month pricing, granular service levels, simplified endpoint management – and without needing the CAPEX to build out an extended corporate network – or the OPEX needed to maintain it.

This concept is a whole new category of product for the telecommunication operators and potentially provides a major benefit for a CIO that is struggling to deliver a guaranteed level of secure connectivity to a workforce that has been shifted by not just COVID, but by the ongoing trend towards mobile working. The NaaS model is particularly attractive to the largest organisations such as railways, utilities, government departments and others that have limited IT teams but need to support a large distributed workforce with as little interaction as possible.

Although this NaaS model is theoretically possible with 5G, there are still several hurdles to overcome. The most pressing is that 5G, nowadays, is still mostly a hybrid affair with the underlying infrastructure using the existing 4G networks.

5G works at a higher frequency in the spectrum than 4G, which is one of the reasons it can carry more information than its older sibling standard. However, these wavelengths don’t travel as far and have difficulty penetrating through objects. This means to deliver the capacity, performance and nationwide coverage, 5G networks need a lot more cell sites and fibre backhaul. This process is ongoing but has been slowed down by COVID and sometimes hurt by the expensive spectrum auctions, which risk consuming much of the investment capacity needed for the network in administrative fees that will not deliver any long-term value and for sure no innovation.

This massively expensive rollout leaves operators in a conundrum. Telcos must invest significant amounts in their 5G networks so they can keep up with competition and consumer expectations, but they do not yet have the use cases that will entice the enterprises (or private consumers) to engage and buy the new technology.

As an example, focusing just on the NaaS concept which has great potential for offices and large campuses, Wi-Fi technology already does the job and is a mature technology. For non-rural homeworkers, the availability of broadband including DSL, fibre-to-the-cabinet, and cable offers almost universal, relatively low-cost Internet accessibility. This means that an NaaS offering needs to hit a compelling price point while delivering substantive benefits for enterprise customers to make it an attractive alternative.

This is not the first time we see this kind of chicken vs. egg question being raised in the technology world where we can see the potential disruption offered by a new technology but can’t yet see how the journey will evolve.

Behind the scenes, several telecoms operators are running small-scale trials to help them build out the technology layers for offering, such as NaaS – such as service provisioning along with managing moves, adds and changes. Yet these tests are also to work out if the economics makes sense for such an enterprise product. The cost of building out 5G is huge – MTN Consulting, an analyst firm, says that operators spent CAPEX of US$480 billion in 2019 with much of it focused on the 5G rollout. Along with the fierce competition in every market, much of the focus is still on the ‘quick win’ of getting consumers to switch network in search of 5G speeds – while more innovative yet largely unproven enterprise products are yet to emerge.

What does this all mean for a CIO? So, there are a few paths that look promising. Where a campus Wi-Fi network is struggling using the older 802.11 a / b technology, NaaS may offer major CAPEX benefits and more flexibility than investing in an upgrade to 802.11ac (Wi-Fi 5) or 802.11ax (Wi-Fi 6). For a CIO that has a large cohort of homeworkers that are struggling with connectivity – an especially bad situation for shared households – then the simplicity of an NaaS offering where the operator sends of a pre-configured USB-based / 5G access point to create an instant corporate network connection is particularly appealing.

But here lies the quandary of waiting for imminent technology that may prove better than the current options or adopting mature technology with a known set of costs and benefits – but potentially inferior in the long run. Unfortunately, there is still no timeline on when the first NaaS products will start to emerge, but it is worthwhile, especially for larger organisations to at least have the discussion with an operator to sound out the possibilities ahead of any major projects planned for this year.

What is clear is that 5G will have a major impact on society in a whole range of use cases around Smart Cities, manufacturing automation and the Internet of Things (IoT). However, as of 2021 with build-out still underway, we are still a way off seeing real products emerging – although the latter half of the year will probably see some major announcements from several major pan European telecoms providers.

As these concrete announcements start to arrive, it will become clearer how 5G will bring a catalyst of innovation that will cut across our personal and professional lives. 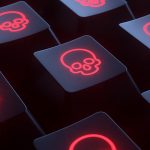 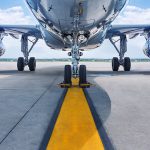