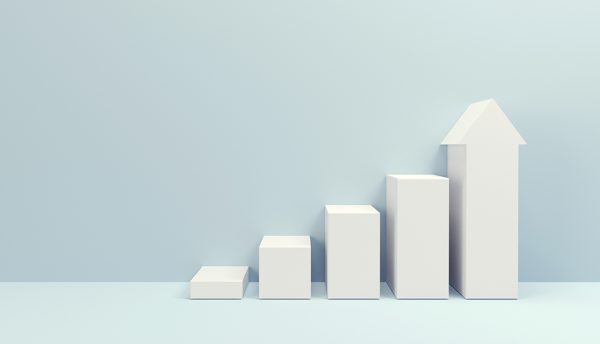 Get to know: Simon Howe of LogRhythm

On the lighter side of things we ask Simon Howe, Vice President Sales Asia Pacific, LogRhythm, about what makes him tick.

Building the team and the business from the ground up, in my previous role at Acronis and more latterly at LogRhythm. When I started with the company seven years ago, it was me in Australia and a couple of folks up in Singapore, looking after the entire Asia Pacific region. I get the maximum satisfaction from my role – and feel like I add the most value – during those early stages. Taking something to market, building the infrastructure around it and doing the hard yards getting the word out …that’s when the excitement and enjoyment, and the sense of achievement, are strongest.

My partner and I came to Australia in the late 90s after spending six months traveling through South East Asia. We weren’t in IT back in London but when we arrived here tech was booming and it seemed an attractive industry to try. Lucy found a job at Cisco – she’s still there – and I landed at Symantec where I spent 10 years. I’d worked in sales previously and it was a straightforward transition. The market is fast moving and freewheeling and that’s kept me inspired and engaged.

What style of management philosophy do you employ in your current position?

We’re still a fairly small tight team – five of us here in Australia and New Zealand and another 20-odd elsewhere in the region – and I try to maintain a player-coach dynamic. Sitting alongside the team, not barking orders back at base, is the way I roll. Having worked my way up through the various roles, I like to share my firsthand experience, provide guidance and direction, and mentor my team as they build their knowledge and experience.

All things cloud. Of course, the As-a-Service delivery model is not new but there’s been renewed focus on ‘what else can we do in the cloud?’ and organizations which may have found reason to defer Digital Transformation are now racing to get their act into gear. Hand in hand with that has come surging interest in cybersecurity, as companies look for assurance that their corporate and customer data is protected from compromise or attack.

Family is number one of course. There are also a couple of stress relievers that I enjoy. One is enduro mountain bike riding, which involves a lot of haring downhill and hanging on for dear life, and the other is scuba diving. Both are sufficiently immersive – scuba diving, literally! – that they take you away from work completely. You’re thinking about not breaking your neck, or avoiding sharks and not running out of air. It’s also pretty hard to be interrupted by a call or a text when you’re three hours off the coast and 30 meters under water, or halfway down a mountain, although the coverage of the 4G network can be surprisingly impressive at times!

Not going with my gut on a couple of occasions earlier in my career resulted in my taking up roles which weren’t a great fit for me. Both times I managed to convince myself they would be but, in both instances, I fairly quickly discovered I’d been right first time. I guess if I could rewrite history I probably would. On the upside, those experiences taught me a valuable lesson: if you play to your strengths and are true to yourself, you’re more likely to end up doing something you truly enjoy.

Effective threat intelligence depends on accurate, fast and reliable data analytics. In common with other security vendors, we’re investing heavily in AI and Machine Learning, to improve the smarts of what we do. COVID has done two things – it’s amped up the level of activity from bad actors exponentially and made businesses and organizations far more aware of the need for a robust cybersecurity posture. Products like LogRhythm’s provide intelligent defense and there’s no room for complacency. If we’re not constantly investing in improving our offering, we’re not in the game.

What are the region specific challenges when implementing new technologies in APAC?

Aside from the obvious ones such as diversity of culture, language and geography, localizing software for markets like Japan and Korea can be a major hurdle. Rewriting programs to recognize double-byte languages isn’t a simple undertaking. The satellite nature of APAC operations – the fact that you’re remote from US headquarters – also throws up some challenges. Communication is less of an issue than it was a decade or two ago but there can still be a sense of separation and most of the resources of the company are elsewhere.

I’ve risen through the ranks since I started at LogRhythm and in January this year I was promoted to Vice President, Sales, Asia Pacific. At that time, our head of HR told me that when you take on that role, your remit expands considerably. In addition to your operational responsibilities, you represent the organization as a whole and people will come to you for all sorts of things. That’s how it’s played out for me. And we’re planning to increase our head count and move into Japan in 2021 so there are busy times ahead!

There are different ways of moving up the ranks but I’ve always been a big believer in demonstrating the value of what you do, rather than relying on your credentials or years of experience, to justify why a position should be assigned to you. As you become more senior, it’s important to step into the role confidently – to understand you’ve earned that promotion or position and that you have what it takes to tackle whatever challenges lie ahead.