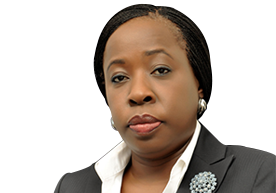 MainOne (www.MainOne.net), a telecoms and network services provider in West Africa, has announced that the high capacity Nigerian-Cameroon  (NCSCS) connecting Lagos, Nigeria and Kribi, Cameroon has been completed and went live in December 2015.

The new submarine cable system will address increasing demand for reliable broadband connectivity in Cameroon, and is a key component of the country’s strategic plan to provide internet access to its citizens via a National Broadband Network.

The submarine cable installation, which commenced in June 2015 following a tripartite partnership between MainOne, The Ministry of Post and Telecommunications, Cameroon and Huawei Marine Networks, had investment provided by the Cameroon Government. The six-pair, 1,100 kilometre repeater submarine cable system will deliver capacity of up to 12.8Tbps to broadband users in Cameroon and is being lit with 40GB capacity from Day 1. This extension is expected to boost Cameroon’s extremely low fixed broadband penetration, currently estimated to be circa five percent (5%).

Built with branching units for strategic extension of its connectivity into Nigeria’s Escravos in Delta State, Qua Iboe in Akwa Ibom State, and Bonny Island in Rivers State, MainOne has concluded plans for a distribution hub in Port Harcourt, designed to bridge the technology gap between the South-South and the rest of Nigeria.

In his comments, MainOne’s Regional Executive for West Africa, Kazeem Oladepo reiterated the company’s vision for a better connected West Africa: “This is an excellent addition to our network and is added proof of our commitment to expand broadband, improve quality and drive down cost of internet services in West Africa. As part of our strategy to boost West Africa’s economic and commercial development, we will continue to make deliberate and significant investments in connectivity projects that will facilitate increased access to broadband. The proposed extension of our submarine system to the Niger Delta region is particularly important for further development of the oil producing region of Nigeria, and will aid the region’s rapid transition from an oil-dependent economy to a knowledge-focused one.”

“We have seen phenomenal changes across other areas with internet infrastructure such as Lagos, Nigeria where Yaba’s Silicon Hub continues to provide opportunities for jobs, increased investor funding, and enhanced social entrepreneurship which is pushing the frontiers of eCommerce in Nigeria. Nigeria’s South-South region and Cameroon now have the platform to leverage the same quality of access to the Internet to catalyze social, economic and technological development”, Oladepo said.

Speaking on the milestone, David Nkoto Emane, General Manager, Cameroon Telecommunications Corporation (CAMTEL), said, “The NCSCS system enables us to provide users with faster bandwidth connectivity at a significantly lower cost. By providing direct connection to Nigeria, the cable system will also serve to enhance Cameroon’s position as the major bandwidth hub in the region and internationally to Europe and beyond.”

In line with today’s turbulent market landscape especially in the Oil and Gas industry, leading Communications Services Company, MainOne has urged forward-looking enterprises to gain competitive advantage by embracing digital transformation. The company’s Head, Public Sector Sales, Gimba Mohammed made the call during a presentation during the recently concluded annual conference of the Petroleum Technology Association of Nigeria (PETAN).

According to Mohammed, the collapse in global crude prices and effects on economy requires oil and gas companies to leverage today’s technologies to boost operational efficiency. Mohammed highlighted critical trends in the industry such as the exponential increase in data creation, especially in upstream segments, decreasing onshore production, high security risk quotients and increasing community issues which impact negatively on uptime and reliability. He emphasised key learnings from advanced markets including adoption of Business Process Outsourcing and reliance on real-time data and noted that Nigerian Oil & Gas companies have an opportunity to adopt similar strategies given the existing infrastructure and operational challenges. He thus urged industry players to take advantage of the company’s tailored solutions to the Oil and Gas industry to ensure uptime and reliability.

Mohammed also announced the company’s plans to extend its Nigerian-Cameroon subsea cable down to the oil producing South-South region and emphasised how this will significantly improve connectivity services in the Niger Delta, enabling Oil companies to access the internet more effectively and also interconnect with their home offices. He specifically noted the importance of this project for enhanced connectivity of digital oil fields to MainOne’s premier Tier III Data Centre, MDX-i. 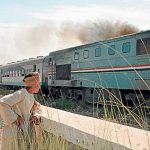 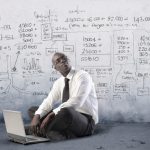