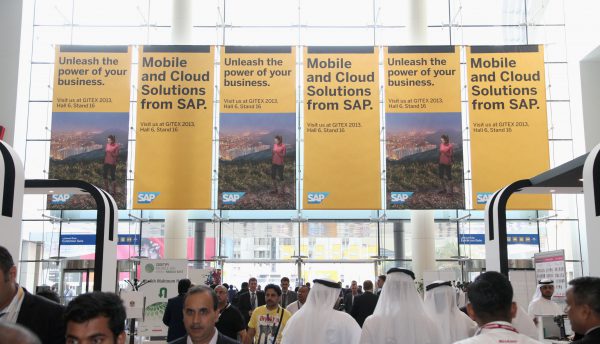 InsightsResearch
| 30 April, 2016
The Africa enterprise hardware market suffered a 5% YoY downturn in value in 2015. The continent was rattled by currency depreciation in key markets like South Africa and Nigeria, along with political instability in several pockets of Africa. Stability is expected to return this year, however, with IDC forecasting YoY growth of 3% for the continent as a whole.

A new research report released by International Data Corporation shows that the Middle East and Africa enterprise hardware market comprising servers and external storage remained flat in 2015 when compared to the annual revenues seen in the previous year. Referencing its latest Quarterly Server and Disk Storage Systems Tracker, the research firm announced that enterprise hardware revenue in MEA totalled $2.31 billion in 2015, describing the year as transitionary in nature with organisations gradually moving towards convergence and datacentre optimisation.

The Africa enterprise hardware market suffered a 5% YoY downturn in value in 2015. The continent was rattled by currency depreciation in key markets like South Africa and Nigeria, along with political instability in several pockets of Africa. Stability is expected to return this year, however, with IDC forecasting YoY growth of 3% for the continent as a whole. Egypt was the sole bright spot in 2015, showing good signs of recovery with YoY growth in enterprise hardware spending of 25%. The release of pent-up demand from the political turmoil of the 2013 to 2014 period was the key factor driving the strong performance of the Egyptian market in 2015, and the market is expected to remain relatively flat in 2016 with cautious investments moving forward.

“The region’s enterprise hardware landscape has transformed significantly in recent times, with organisations across MEA now increasingly focusing on converged systems and cloud solutions,” says Swapna Subramani, Research Manager for Enterprise Infrastructure at IDC Middle East, Africa, and Turkey. “Given the challenging economic and political conditions now characterising much of the region, convergence and optimisation are becoming key.”

In line with this trend, the region is seeing increasing adoption of new technologies like converged systems, while procurement of infrastructure for cloud environments is also on the rise. The converged systems market, which includes hyper converged appliances, grew by 6% YoY in 2015, and IDC expects this growth rate to reach 12% in 2016. “New datacentre investments will leverage converged and hyper-converged infrastructures to support both public and private cloud deployments,” says Subramani.

The MEA external storage market declined 3% YoY in 2015. “The region’s storage dynamics are swiftly moving in two different directions,” says Subramani. “First is the movement into low-cost, scalable storage, while second is the growth of internal storage, which includes the value of storage enclosed within application servers containing three or more mass storage devices.”

IDC expects the high-end storage market to witness considerable uptake in the region during 2016, primarily bolstered by projects within the government, telecommunications, and oil and gas sectors. “The availability of alternative modes of storage such as flash, internal storage, converged systems, and cloud storage are the key driving factors for the ongoing shift we are seeing within the MEA storage market,” says Subramani.

YoY, the MEA x86 server market witnessed 2% growth in value but a 4% decline in volume in 2015. “IDC witnessed an increased focus on high-end servers in 2015 as a result of investments increasingly being directed towards datacentre and cloud infrastructure projects,” says Victoria Mendes, Senior Research Analyst for Enterprise Infrastructure at IDC Middle East, Africa, and Turkey. “This trend has resulted in an increase in the market’s value despite the decline in server shipments.”

The UAE enterprise hardware market grew 3% in value YoY in 2015. “The UAE was not hugely affected by the oil crisis in 2015 with a number of projects underway in the telecommunications, government, and banking sectors,” says Mendes. “However, in line with the prevailing economic sentiment of the wider region, 2016 is expected to see a minor decline in the enterprise space as a number of key projects are postponed and budgets are cut.”

Saudi Arabia is expected to be heavily impacted by the oil crisis and the ongoing conflict in Yemen. The Kingdom’s enterprise hardware market suffered a 12% decline in value YoY in 2015 and IDC forecasts a further 17% decline for 2016. However, the longer-term picture is far less gloomy, with IDC expecting the Saudi enterprise hardware market to stabilise and exhibit a five-year CAGR of 5% through to 2020.

With 35.4% share, HP retained top spot in the overall MEA server market for 2015 despite suffering a 5% year-on-year decline in revenue. Dell moved up to second spot and was followed by IBM in the third place. Lenovo has been making great strides in the region and the vendor overtook Cisco to claim fourth spot with 9% share. EMC continued its dominance of the region’s external storage market in 2015 with 47% share. HP and IBM rounded out the top three. 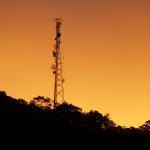 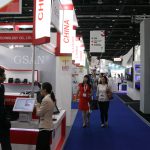