According to Save the Rhino, an international organisation supporting endangered rhinos, there are only 29,000 animals left in the world, compared to 70,000 only 50 years ago. Rhinos could become extinct in just over ten years’ time if poaching continues at current rates. The Sigfox Foundation, which uses connected sensors to save lives, has partnered with conservationists to better monitor rhinos, by having exact locations with a secured and long term tracking system on the Sigfox network, and therefore better protect the animals.

The first phase of the experiment, called Now Rhinos Speak, took place from July 2016 to February 2017, on a conservation area protecting 450 wild rhinoceroses in Southern Africa.

The operations, jointly carried out by the Sigfox Foundation and Lowveld Rhino Trust, first deployed the infrastructure to enable Sigfox’s Low Power Wide Area network across the nature reserve in just four days. Three Sigfox antennas and base stations have been deployed, now covering the area. Christophe Fourtet, Co-Founder and Scientifc Director of Sigfox, has been personally involved in the field operation, with the help of four volunteer technicians.

The Sigfox Foundation, closely partnering with the conservationists of Lowveld Rhino Trust, have also prototyped a GPS tracker. Implanted in the horn of 10 black and white rhinos, this prototype is now securely sending 3 GPS signals per day via the Sigfox network, on a dedicated secured platform also developed internally by Sigfox Foundation. Eutelsat has provided pro bono satellite connectivity.

The battery life of the prototype low-powered sensor is estimated between 1 and 3 years.

Raoul du Toit, Director of Lowveld Rhino Trust said: “Sigfox devices allow automated downloading of GPS positions at specified intervals without the need for constant human effort, unlike VHF radiotracking that requires a person to listen to a radio signal, and a directional antenna to follow physically the signal and determine the position of the rhinoceros.”

“By only transmitting a few GPS positions every day, we drastically simplify the tracking and monitoring of endangered wildlife. We now give a voice to rhinoceroses everyday wherever they are. It is a big hope to better understand endangered species, so to protect them”, added Marion Moreau, Head of the Sigfox Foundation.

Next operations have been planned in the conservation reserve, to equip a larger number of wild rhinos with new devices. The next step of this initiative is to develop a new generation of IoT long-life wireless sensors.

“Our goal is to help to produce 29,000 connected sensors to monitor all the living rhinos around the world. We are already collaborating with French animal tracking company, Argos, who are pioneering these devices. We are looking for donors to support the production of very low-cost sensors, able to last several years in full autonomy,” said Marion Moreau. 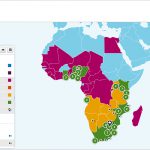 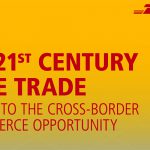