Kenyans abroad are the biggest senders of mobile to mobile remittances

To mark the 10th anniversary of ground-breaking mobile money service M-PESA, WorldRemit has released new data showing that the Kenyan diaspora is the biggest sender of digital remittances to mobile accounts.

Transfers to mobile money accounts make up 93% of WorldRemit transactions to Kenya now – showing that Kenyans continue to be early adopters of innovative technology, even when abroad (around three million Kenyans live abroad, with large communities in North America, Europe and Australia).

Remittances play an important role in Kenya’s economy – inward remittances reached a record value of just under $161m in November 2016, according to the Central Bank of Kenya, making it one of the nation’s top earners.

Mobile money has played a key role in the growth of WorldRemit’s Kenyan customer base, attracted by the low price, speed and convenience of sending instant remittances from the app or website directly to a mobile phone in Kenya.

Ismail Ahmed, Founder and CEO at WorldRemit, comments: “Kenya is famed for leading Africa’s digital transformation, and today it’s Kenyans abroad who are at the forefront of digitising international money transfers. Most of our Kenyan customers use our mobile app, demonstrating the strong demand for convenience when sending to friends and family.

“With half a billion registered accounts worldwide, mobile money continues to transform lives by allowing people to access financial services for the first time. WorldRemit customers now send more than 65,000 transfers to the country every month from the WorldRemit app and website with over 90% going to M-PESA.”

The company has pioneered mobile to mobile remittances, sending to 32 mobile money services in 24 countries – more than any other money transfer service. Globally, WorldRemit customers send more than 580,000 transfers every month to over 140 destinations. WorldRemit makes sending money as easy as sending an instant message. 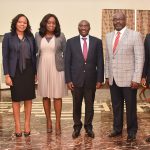 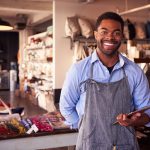 250,000 African merchants will be financially empowered by Masterpass QR