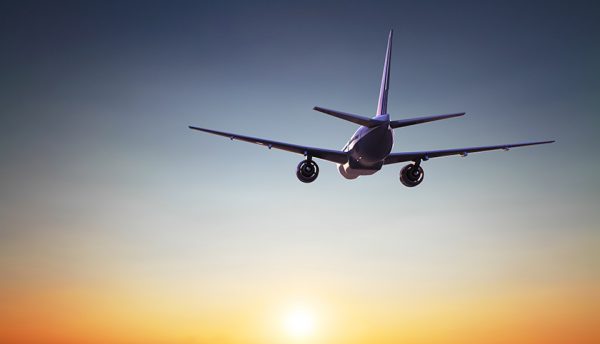 Air Mauritius is the national airline for the Indian Ocean island nation of Mauritius. Its fleet of 13 aircraft carries half of the nation’s air passenger traffic, some 1.6 million travellers a year. Its flights connect to more than 100 destinations through hubs at key airports on four continents. The airline’s 2,800 employees have worked hard to earn four stars from SKYTRAX, the global standard for rating airline quality and service. Although that ranking puts Air Mauritius in the top 25% of the world’s airlines, ahead of 142 others, the airline wants to further augment its customer service delivery capabilities along all its touchpoints. To get there, it engaged Microsoft Services to help replace an outdated, on-premises Siebel CRM system with a cloud-based Microsoft Dynamics 365 CRM solution. The new CRM platform can deliver a complete view of all its customer interactions, especially those with its 85,000 frequent flyers.

According to Donald Li Ying, Vice President of Information Systems for Air Mauritius, the airline began its cloud-based digital transformation journey years ago, when it adopted an online passenger reservation system. The company more recently adopted a cloud-hosted fuel management system and is also gradually migrating its end user computing to Microsoft Office 365. “More and more of our applications are cloud-based,” he says. “And we want to continue in that direction for all the benefits that moving to the cloud can provide, such as lowering capital expense, maintenance, and upgrades while enhancing the security, performance, and scalability of our IT services.”

The airline’s Siebel CRM system was an on-premise platform that was falling short of growing expectations about what a modern, fully featured CRM solution should be able to do. “We were using Siebel mainly for our frequent-flyer loyalty programme, but we found it limited in its capabilities when we tried to extend it to our services programme and to enable our salespeople to use it,” says Li Ying. “Based on old client-server technology and architecture, it was complex and costly to maintain and upgrade it, not to mention that its customisation was a big challenge. We were also limited in exporting CRM data for analysis.”

Jennifer Chan Lam, Information Systems Manager at Air Mauritius, further explains that, in effect, the airline’s legacy CRM platform created silos of customer information. “For example, responding to customer feedback was a challenge,” she says. “It was hard for us to collect, analyse, and report what our customers were telling us, much less follow up on our responses. Our views across all our customer touchpoints were limited and that was holding us back from serving our customers even better than we already were.”

The Air Mauritius IT team began assessing leading providers of CRM, including Oracle, Salesforce.com, and Microsoft. “While Salesforce has been cloud-based from the start, we weren’t clear at the time on Oracle’s strategy as to whether it would stay on-premises,” Li Ying says. “In the end, we chose Dynamics 365 because of its many capabilities and how those capabilities could interoperate with our Microsoft environment, which includes Office 365, SharePoint, and .NET. Its social media integration potential was also important. Salesforce was not an option because it did not have a module for our loyalty programme.”

Although a greenfield deployment of Microsoft Dynamics 365 can be relatively easy, Air Mauritius faced two key challenges in its implementation that it aimed to address with help from Microsoft Services. One, it had to migrate the records of 85,000 frequent flyers from its legacy CRM to Dynamics 365. Two, it needed to integrate diverse back-end systems, including its flight operations and departure control systems, its revenue accounting system, and its Oracle financials and human resources systems. “We also had to link up interfaces to banks and other airlines, which are frequent-flyer partners,” Chan Lam says.

With a limited IT staff, Li Ying thought the expert deployment assistance from Microsoft Services would help streamline implementation and achieve faster time-to-value. “Having to migrate data for 85,000 frequent flyers and also connect our back-end and partner systems to Dynamics 365, we de-risked the project and ensured its successful completion with help from Microsoft Services,” says Li Ying.

Gaining a 360° view of customers

The airline’s new CRM implementation project started with Microsoft Services providing preliminary training of key IT staff on the Dynamics 365 platform, so they could become familiar with it as their target destination. Stakeholder workshops, supported by Microsoft Services, helped secure their buy-in to the project. Next, Air Mauritius had to clean the frequent-flyer data, which had accumulated over nearly a decade. At the same time, the IT team began connecting all the back-end systems to the new platform. In all, the airline’s migration to Dynamics 365 took about a year after adjusting the project’s initial assumptions and scope of work.

“We gained confidence in working with the Microsoft Services team of architects, engineers, developers, and support people who assisted with our Dynamics 365 project,” says Chan Lam. “They followed a clear methodology, were always responsive, and gave us a complete knowledge handoff at the end of the project.”

With its cloud-based Microsoft Dynamics 365 CRM platform fully implemented, Li Ying expects big IT staff time savings from not having to manage and maintain an on-premises CRM infrastructure.

But much more than that, Dynamics 365 has opened new opportunities for more cross-functional collaboration, greater customer responsiveness, new services and analytics, and a sharper competitive edge. Not only has the solution enhanced sales and marketing capabilities, but it also provides seamless CRM access from its outstations. The airline has started to deploy it to outstation users in India, South Africa, Germany, France, Italy, and Réunion Island in the Indian Ocean. Eventually, system access will extend it to the airline’s other stations worldwide.

“Most of all, our silos of customer data and visibility are now history,” says Li Ying. “We have a 360-degree view of all our customer interactions, helped by Microsoft Services and enabled by Dynamics 365. This gives us what we need to take our customer service to an even higher level than before.” 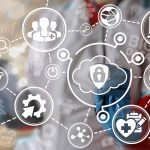 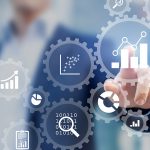