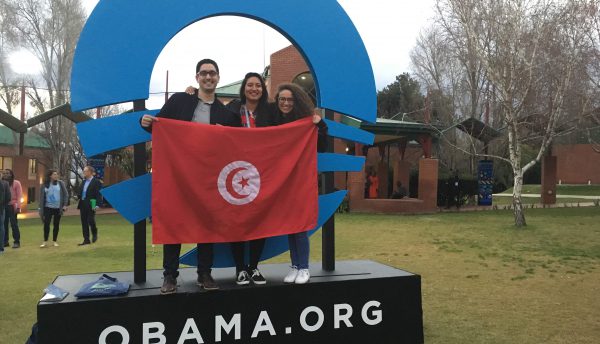 Young coders lead the way in Tunisia thanks to academy programme

While on an exchange programme in the USA, a Tunisian software engineer became inspired to build something that would make a real difference in her home country. Faten Ghriss subsequently set up the Young Tunisian Coders Academy and her passion prompted recognition by the Obama Foundation Leaders: Africa programme. Intelligent CIO spoke to her about that and how technology is being used to boost the Tunisian economy.

Faten Ghriss was born and raised in Tunis and has lived there ever since. The 26-year-old studied computer network and telecommunication engineering at INSAT in Tunisia’s capital city, which included a one-year exchange course at Minnesota State University in Mankato.

However, when she returned to Tunisia, Ghriss noticed the stark differences in education and technology so decided to set up Young Tunisian Coders Academy.

“The differences between the USA and Tunisia is terms of education is mainly how flexible I felt education is in the U.S. For example, in Tunisia, if you enrol for a certain programme, everybody will have the same schedule and will attend the same classes for three, four or five years. I loved the fact that you can choose your classes and schedule in the U.S, which makes you able to do other activities in parallel and have a versatile experience.

“In many cases, we only start teaching children about computers when they’re 16 years old and this is too late. I believe that it is essential that we show them how important technology is to their futures. It is a powerful tool will provide with career opportunities and help us solve challenges in our country.”

As well as setting up Young Tunisian Coders Academy, Ghriss also integrated an American software company, where she learned a lot on the technical and professional levels.

“I was then spotted by Facebook to start a Developer Circle in Tunis, which represents a community of developers online and offline. I have always tried to stay involved in the community, and to give myself the opportunity to learn from every experience I encounter.

“Lately, I have been selected as an Obama Foundation Fellow and I have also integrated a Tunisian AI start-up, that’s working on democratising Artificial Intelligence (AI) in Africa, called InstaDeep.

“I believe that it’s important to have the support of the Obama Foundation in the way that as a non-governmental organisation, we always need support to connect with potential people who can contribute to the work that we do on the national and international levels. It also gives us visibility on the initiatives that are happening in Africa, including those in our field so that we can learn from each other and work together.

“It was quite challenging to grow Young Tunisian Coders Academy, especially in the beginning, and most importantly to gain credibility.

“We started by partnering with different local and international organisations. After which, we integrated private schools by doing after school classes and we finally made it to being part of their core programmes.

“Now, our goal is to sustain ourselves so that we can be able to create programmes for under privileged areas in Tunisia. Our plan is to prove ourselves on the community level, so that we can lobby on the educational system to make the necessary changes.”

Young Tunisian Coders Academy teaches children about coding and technology through interactive and engaging courses and training programmes. It aims to eliminate the fears and negative perceptions that many youngsters in Tunisia have about technology and coding, instead igniting their interest in a positive and engaging environment.

“The Academy directly addresses this issue by providing coding camps for kids which we have taken across Tunisia,” explained Ghriss.

“We use Scratch, an interactive tool created by MIT Lab that’s easy to use for a child and that teaches the principles of programming in a gaming and interactive way. It has been used by our team in a very successful way to introduce the children to principles of programming, to work in teams and to soft skills. Once we realise that the child has mastered Scratch with the most important programming principles, we move towards HTML and basic Javascript so that they are able to build a simple website.”

A National Strategic Plan, called Tunisia Digital 2020, has been set up to develop digital governance as well as a digital system for the North African country’s industrial and commercial sectors.

The Tunisian parliament has already approved an agreement with African Development Bank (AfDB) on a US$83 million loan to fund the project, while it also has the backing of telecommunications giant Huawei, who will help promote Digital Transformation, create employment opportunities and strengthen the education and training for Tunisian ICT talent.

“The plan is quite optimistic but can be done,” said Ghriss.

“I do believe that the potential is massively present in Tunisia. We just need to arm ourselves with the right mindset and the willingness to change. I believe that the biggest challenge is to work on the change management especially if we’re talking about change in the governmental processes. I am very hopeful that change can be made, but we need the necessary mindset and the right amount of community involvement in the decision making.

“What I love in the Tunisian ecosystem, is that we are a very curious and open people who are always thriving to know about the latest technologies. I admit that many companies, including the government, are still using outdated technologies because they’re comfortable and you can easily find developers who master those technologies

“However, in the past few years, there has been a wave of developers learning by themselves and not relying on the education to form themselves. There has also been a wave of start-ups that are discovering AI and Blockchain possibilities, through different means. That’s also what we, as developers and community leaders, try to do through initiatives like Facebook Developer Circle and at InstaDeep.

“We believe that, as Tunisians and Africans, we have all the talent and intelligence needed to thrive in this field. We just need to be aware of our capabilities, and more importantly to explore them.” 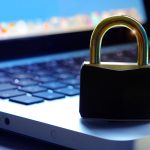 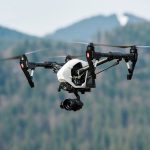 Training centre for operators of Unmanned Vehicles opened in Nigeria