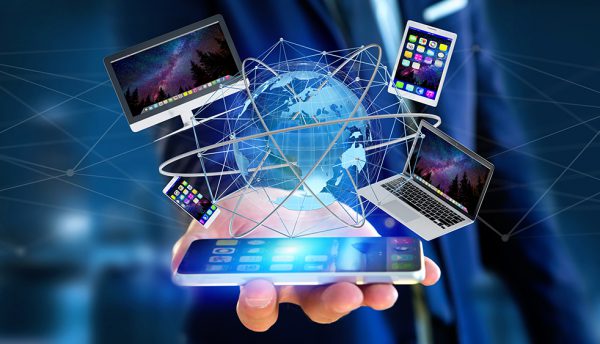 Since its independence, Algeria has made major strides in Information Technology, with telecommunications operators investing significantly in modernising their networks to allow for the adoption of new technologies. We spoke to Pierre Chaume, Market Unit Head for Nokia Africa, to ask him his thoughts about how technology is on the rise in the North African country.

Nokia has a long-standing history of operating in Algeria and has grown its local technical competence significantly over the years. The company has made tremendous inroads in the country, working with several operators to modernise their networks to drive the adoption of new technologies, which is line with the government’s drive to diversify the economy.

“We are very excited about the growth prospects in Algeria,” said Chaume.

“The economic landscape in the country is linked to the crude oil price and where two years back it was at US$40, today it is more in the range of US$80.

“This on its own is a major factor in improving the economic landscape. There are also several promising government initiatives aimed at diversifying the economy so that they do not only rely on oil. “

The Algerian government has also reduced the country’s budget deficit over the past four years bringing it down significantly from 16% to 3% in 2017.

“From a mobile perspective, all the service providers have been modernising their networks to cope with the 3G and 4G standards and ensure they meet their license requirements,” said Chaume.

“While 4G started relatively late, they are all moving very fast. They are at the phase where they are expanding their reach in 3G and 4G, densifying their networks to cope with the exponentially growing network traffic and they are also working on building better packages and strategies for improved monetisation of the data traffic.”

On the fixed network front, operators are also focusing on modernising their networks and Chaume believes this will intensify over the next three to four years.

“They are modernising their fixed access networks, focusing on both residential and enterprise users,” said Chaume.

“This is being driven strongly by the government. I believe this is a major step in the right direction and is crucial in their drive to diversify the country’s economy. They are pushing for nationwide penetration, using fibre and other complimentary technologies where it has become too difficult to install fibre.”

Operators in Algeria are currently focusing on modernising the backbone transport of the country.

“We are seeing this in the long-distance transport as well as the city and metropolitan loops on IP and optics,” said Chaume.

“All the telcos have taken the initiative to modernise their networks, usually to compete with 4G demands, FTTX projects and to lower latency with new optic and IP technologies.

“So, the network quality is adapting to the 3G and 4G demand. There are ongoing ultra-broadband initiatives and service providers now focusing on customer experience management solutions to better monetise their data. We believe this is a very positive move for the Algerian telco market.”

Nokia is also a key player in the core network transformation that operators are currently going through.

“It is not simply a packet core transformation, but includes a focus on future use cases, which incorporates cloud platforms and prepares the network for the Internet of Things (IoT),” added Chaume.

“We are anticipating what will be required of the network in the future and preparing it to deliver on that.”

There is a lot interest in using IoT to solve real-world problems and Nokia are observing the same in the Algerian market.

“There are a number of initiatives at the moment, being driven by either the separate operators, by the government or by some cities,” explained Chaume.

“We are seeing different use cases from the different players in the ecosystem, with a very strong focus on smart cities. These use cases include smart parking, smart lighting and video analytics.”

Chaume says that, while growth in global revenues for the local service providers is currently flat, it doesn’t mean that there is no growth.

“On the contrary, there has been significant growth in services, Internet and data penetrations over the past two years,” he said.

“Between 2013 and 2015, Internet penetration was around 40%, but by 2017 that figure had increased to more than 75%. So, services are really booming. Additionally, the CAGR on mobile data is huge and is expected to continue to grow over the next three to four years.”

While growth in fixed broadband services has been slow, remaining in single digits, Chaume says there is a lot of ambition in the country.

“While last year the fixed broadband penetration was pegged at 40%, the plan is to reach 80% penetration in households,” he said.

“If they achieve this, it would not only be impressive but also very beneficial to the country. This will be done through a combination of fibre and complimentary fixed wireless technology.”

Nokia is involved in most of the network optimisation projects in Algeria, focusing on a range of different technologies.

“We have a very important presence in Algeria when it comes to the optical next generation backbone,” added Chaume.

“We are also shifting our focus to new applications, customer experience and data monetisation. We are also actively involved in IoT. While this is still a relatively small market now, we believe that in the future it will be very important, particularly when it comes to smart cities.

“Nokia has had a long presence in Algeria and we have an intimate relationship with the local players.

“With the country’s ambition and the potential in the market, both from a fixed and mobile access perspective, the shift to supporting applications and improving the customer experience, we see enormous potential for growth for us as an organisation.”

Nokia is also actively participating in the 4G densification and expansion in terms of geographical reach with more than one service provider in Algeria.

“We have a strong local technical competence in Algeria. The history we have, the local presence and the potential we see makes me believe that the decision we took to reinforce the local competence was well worth it and we will continue investing in growth and our resources in the Algerian market,” said Chaume.

Oracle expert on how to prepare for Blockchain technology 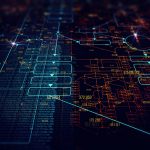 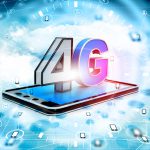