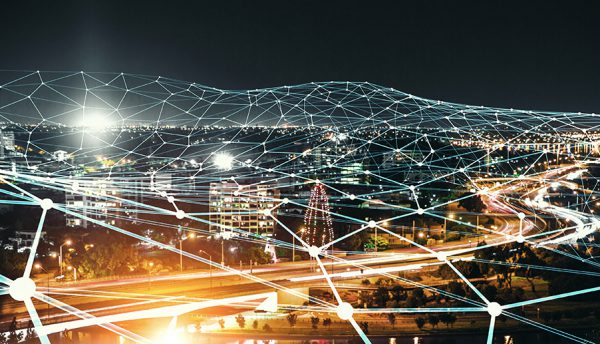 When is Africa likely to experience the benefits of Smart Cities?

According to a UN report, around 2.2 billion people could be added to the global population by 2050, with more than half of that growth occurring in Africa. There is increasing pressure on the continent to provide sustainability, efficient mobility and health and safety and technology has a big role to play.

There has been much talk about Smart Cities, the requirements, the connectivity, the policies necessary and the parties that need to come together to make it a reality. Smart lighting and traffic system interlinked public transit and lightning-fast Internet connection for every citizen are just some of the benefits of what you get in a Smart City, but all of it won’t be realised until more advanced and more reliable connectivity is adopted, with a focus on bridging the digital divide.

What is evident however is that nations that complement local government initiatives with national government support will likely lead in Smart City development and more quickly secure the social and economic benefits it has to offer.

“We’ve been working with a number of cities in Africa over the last few years to bring networking and Wi-Fi to them,” said Ruckus Networks EMEA Vice-President Nick Watson.

“In Lagos, we’re working with Facebook Express to provide subsidised payments and we have a number of other projects. It’s being driven mainly from investment where traditionally, the over the top providers like Google and Facebook want to get access to people who otherwise won’t be able to connect.

“Part of the reason is because the cost of data using a mobile network here is still very expensive for the vast majority of the population, even though devices are relatively economic to buy. So, what you have is that many people have got devices that can connect to data but don’t have a realistic way of connecting without building a Wi-Fi.”

The big oil companies have been able to fund Virtualised Services Assurance Platforms (VSAPs) from various early stages and fibre to major cities, but there’s still large amounts of Africa where there simply isn’t any fibre connectivity. So, a lot of the technology is being deployed on wireless of some sort because, even though you might have 3G, 4G has not really been rolled out anywhere. People might be getting excited about 5G, but it’s not really a realistic prospect even if the standards are agreed next year. So, when you say you want to embrace a city and provide equal opportunities, particularly for those that are less well off, how do you connect them?

Well, by far the economic way of connecting them is by using their mobile devices as a Wi-Fi. So, you’ve got a ‘where are we today’, which is much more primitive than I think people realise. Opposing that you’ve got a lot of very visible articles where people are trying to suggest that 5G is just around the corner. But it’s really not.

Even if you have the devices after you’ve got the standard, who’s going to pay for the infrastructure? But if we can bring connectivity to people early in their lives, we can help educate them. There’s no shortage of roles, there’s just a shortage of people skilled for those roles. We’re certainly able to dramatically improve employment, but people need to be caught early in their lives to get them the education.

Realistically, when will Africa experience the true benefits of Smart Cities?

South Africa is a bit of a conundrum because, in theory we should be miles ahead. We should be using electronic payments and broadly able to connect. This is the only place I go to where I turn off my mobile data as I switch on my phone as the plane lands because it’s so expensive. But if you go to Lagos where are only a few hundred access points around the city, it’s running very well. Facebook Express is putting the subsidy in where, even though it’s not free, it brings everybody into a connected world. It does require public and private partnerships and if it was made a priority by government, it would happen. But if you look at somewhere like Kenya, micropayments are abundant, whereas here we’re still in a situation where that hasn’t happened.

The challenge is that it’s been developed to a degree; they’ve got fibre and connectivity, but they haven’t got wireless. There are also multiple operators here which in theory should be a benefit but in practice means it’s quite difficult to enforce something. But we are seeing change. There will be a significant rollout in the near future, certainly in the first half of next year around Cape Town which will be quite transformational, and I think that will lead the way.

With the population numbers set to increase in Africa, what role can technology play?

You only have to look at countries like Nigeria to see that it’s abundantly clear that you won’t be able to have things without technology. People need to understand their own health with simple devices. They don’t need to be expensive but have to be pervasive and we need to make sure not wasting our resources and are proactive with metering and loss prevention. These countries are vast, so it’s not really practical to have cables and connect to things. The technology of choice is inevitably going to be a radio network of some kind. Each device uses different radios so it’s not as if you can use the same IP to every device because they all have different characteristics and requirements.

You’re not going to build dozens of radio networks, so what you have is the equivalent of a fibre network but it’s a radio backbone network, which is Wi-Fi and the other networks are connecting in. That’s proving very effective and I think that’s a trend we will continue to see.

What role do national governments need to play to accelerate and coordinate the development of Smart Cities?

The only thing that governments can really do is to look carefully at spectrum allocation because what we’ve done in recent years is giving big chunks of spectrums to the highest bidder which of course has been extremely helpful to the financial situation of the country. The challenge with that though is that it’s clear from studies done in the US, that we will run out of spectrums if we continue with that model. Therefore, if I continue to give huge chunks of spectrum to the highest bidder and I’m limiting it to some very wealthy operators, then we are constraining the growth of all these different devices. So the government has a very important role to decide how to go about that. As you go from 3G to 4G, that needs to be talked about now before they put forward the 4G licence.

DigiBlu CEO on the increase in Software-as-a-Service solutions 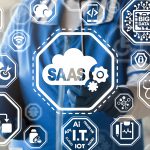 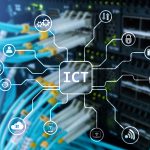